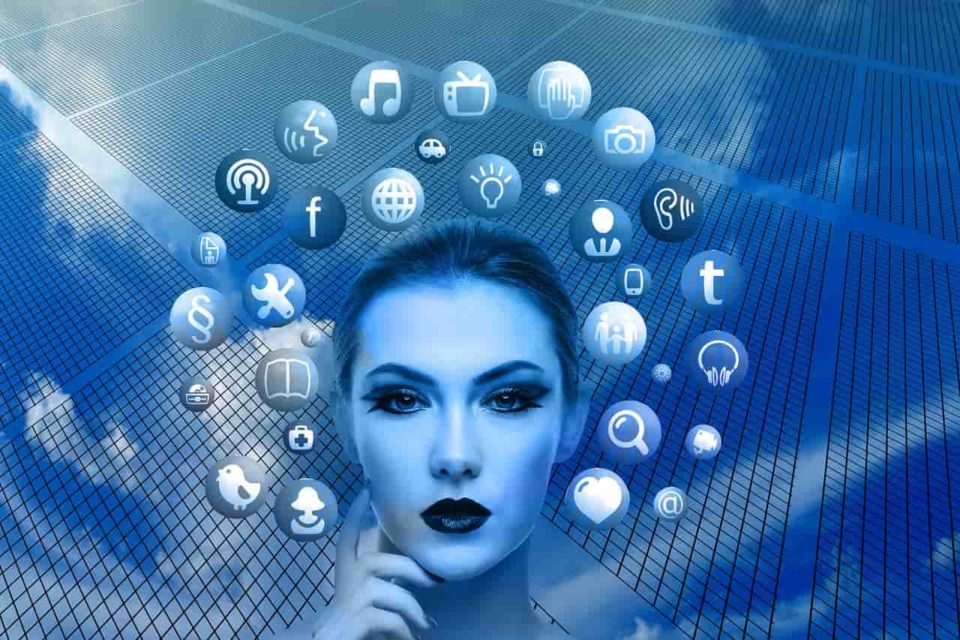 In the era of smartphones, we saw a myriad of apps that totally changed the way how we access information online and perform our day-to-day activities. However, with the introduction of technological advancements like Artificial Intelligence and Machine Learning, the scenario has totally changed now!

Given that operating systems are getting smarter and more intelligent day by day, today’s apps not only need to be just smart – they need to be intelligent as well. This lays the foundation for Intelligent Apps, which goes beyond the traditional apps by delivering users a truly personalized experience.

According to a recent report, the global Intelligent Apps market size is expected to reach USD 45.96 billion by 2026, at a Compound Annual Growth Rate (CAGR) of around 31% between 2018 and 2026. This demonstrates the continuously increasing popularity and usage of Intelligent Apps.

Simply put, an Intelligent App is an application that uses Artificial Intelligence, Machine Learning, Big Data Analytics, and both real-time and historical data to make contextual predictions and smart decisions in order to deliver users a highly personalized and adaptive experience. Continuously learning the behavioural, contextual and emotional patterns of a user in real-time, and Intelligent App is able to act on its own along with performing the tasks assigned to it.

Intelligent Apps leverage users’ data, AI algorithms, predictive and prescriptive analytics, product insights, and operational vision to predict users’ needs and deliver them as relevant and useful information as possible accordingly. Ideally, the more an Intelligent App is used, the more it learns and the more intelligent its gets. Thus, every time an input is made, the app provides a personalized response to the user. For example, Smart Reply saves you time by sending auto-generated replies to your emails.

Also Read: Reasons why you Should Use An iOS Spying App

While it’s difficult to create a catch-all definition of Intelligent Applications, some of their defining features include:

As a matter of fact, the more data you have, the more accurate your decisions are, and Intelligent Apps works on the same concept. Combining and processing multiple data sources, such as Beacons, IoT sensors, and a vast array of human interactions, Intelligent Apps turn a huge amount of data into valuable insights. Consequently, they are able to deliver users the right kind of results at the right time.

As Intelligent Apps can study users’ behaviour and choices as well as make much smarter use of a device’s built-in features, they are capable to differentiate between relevant and irrelevant information. Not only they can proactively deliver highly relevant and contextual information and suggestions to users at the right time but also they can notify the users about the potential problems before they occur.

One of the main reasons why both giants and startups go for Intelligent Apps is their highly adaptive nature. Leveraging the power of Machine Learning, these apps continuously adapt to the changing demand of users. Owing to their sustained learning path, they are able to continually improve their output and therefore offer more insight than before, every time an input is made.

With an Intelligent App, users are not required to take actions. Instead, the app can act on its own without waiting for the user to take action. With predictive analytics, Intelligent Apps firstly anticipate user behaviours and then deliver personalized and actionable results accordingly.

Given that a new breed of devices is popping up everywhere, Intelligent Apps offer as many interfaces as possible to satisfy the needs of modern users who perform multiple tasks simultaneously. For example, Progressive Web Applications (PWAs) are increasingly bridging the gap between native apps and mobile web apps.

A truly Intelligent App can be operated without the use of a traditional keyboard. It rather uses inputs, such as gestures, biometrics, and speech, to produce relevant results and allow the user to do what they want. Needless to say that such apps prove extremely useful for terminally ill patients or ones with restricted mobility.

Being equipped with the above-mentioned features, Intelligent Apps are able to do the following things:

An Intelligent App takes note of every single activity that a user performs. Based on the given inputs, it understands users’ behaviour, choices, and likings and provides them with the recommendations as per their requirements.

Being able to track users’ activities and actions, Intelligent Apps are well-familiar with their needs and provide them with the most relevant information before they even search for it. Thus, Intelligent Apps not only saves users’ precious time but also solves a number of problems they might be facing.

Since Intelligent Apps are quite rapid in nature, they respond to users within a split of a second. Also, they don’t wait for users to take action because they are able to act on their behalf.

Leveraging the power of advanced AI-powered algorithms, Intelligent Apps automate a number of tasks that you want to perform. Even, these kinds of apps are flexible enough to make commands for other applications and services.

Communicate on Your Behalf:

Well, it might sound weird to you, but the reality is that Intelligent Apps can communicate on your behalf. Using tons of algorithms, they are able to predict whom you want to communicate and what you want to say. In fact, these responses are too real that the recipient does not even realize that s/he is communicating with the app and not human.

Bring Ease to the Users:

Acts as Your Personal Assistant:

Being capable of doing the right thing at the right time without notifying you in advance, the Intelligent Apps act as your personal assistant, save a lot of your precious time and efforts.

Now that you’ve got well-familiar with the features and abilities of an Intelligent App, let’s take a look at some of the best and most popular examples of Intelligent Applications:

Ada: An amazing AI-powered healthcare app created by over 100 doctors & scientists to help everyone live a healthier life.

Get it on iOS

What are a few good video apps in android?

How To Manage Employees That Work From Home? 5 Amazing Tips

How to Make Your Startup Logo Design Pop

Where to Find The Genuine Uber Clone Script That Works?