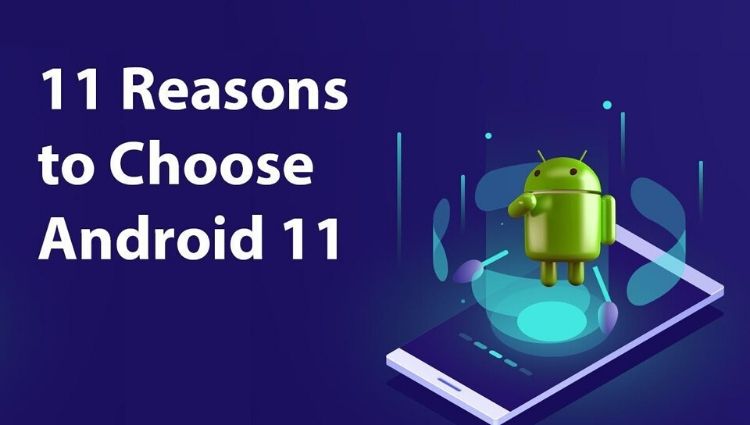 These are the 11 best and new features you must know about Android 11. Let us see them one by one:

This feature has solved the problem of many of us. In this feature, we can switch ON the mobile phones while the Bluetooth doesn’t get affected. This is best when you’re on Flight, and you need to turn ON the flight mode but don’t want the Bluetooth to be affected.

Remember facing problem while using the phone and getting notifications, when suddenly by mistake you swiped it without even reading it? Well, this feature of Android 11 solves this issue too. Android 11 comes with a notification history where you can keep track of all the notifications you got earlier.

A Gift for Android aspirants -> Learn How to Create your First Android App in Easy Steps!!

In Android, we had this feature to permit the access of Location, contacts, messages, camera, etc. only once. With this feature, you can grant access to applications only for one time.

While you are busy doing some work, and the device has slept, you can wake it up with just two taps on the back of the device. This feature is provided only in Android 11 and is unique in itself. It helps us double-tap the rear of the device and perform actions such as snoozing alarms, playing and pausing the songs, and turning off alarms, and many more.

This feature provides an awesome way of chatting in a hasslefree manner while doing some work. This is the same as the chat bubble of Facebook messenger. It gets shown up on the screen without creating any issue to the already running screen.

This is exciting, and my favourite feature that Android 11 will provide us with. With its help, we can set controls of the device and handle it with gestures. Such as waving towards the right of the screen to change the song while playing it.

Though this feature is available already, it is a handy feature. With this feature, we can schedule some time to turn ON/OFF the Night Mode on the device. This feature is effective as it is better for eyes and doesn’t strain the eyes while using the devices at night. Along with that, it also saves the battery of the devices.

NFC stands for Near Field Communication. This feature enables us to share files quickly from one device to the other devices. It also enables making payments at an instance. For this, we don’t need to connect devices but just pressing the phones against each other, and alas, the file is shared.

In Android 11, WiFi API has been expanded to improve and increase the management of Networks in Android devices. It does this by integrating pass point networks into the suggestion API and using analytics to enable us to get information about the network quality.

So, yes, these were the Top 11 features of Android 11 that I liked and wanted you all to know. I hope you liked these features as well.

In this article, we got to know that Android 11 is soon going to be released, and in no time, it’ll be taking over all the older versions of Android. This is with the proof that I’m saying it’ll take over all other versions in no time.

The reason is quite a simple one, that is the features that it will own within. We read its essential features as well, such as Motion Control, Chat Bubbles, Biometric authentication, Notification History, Near field communication sharing of files, many other features. Many more features of Android 11 would be revealed with the passing months, stay tuned.

Shivashish Thakur is an Analyst and a technical content writer. He is a technology freak who loves to write about the latest cutting edge technologies. He is a sports fan who loves to play and watch football.

How To Kill Boredom in Quarantine Time