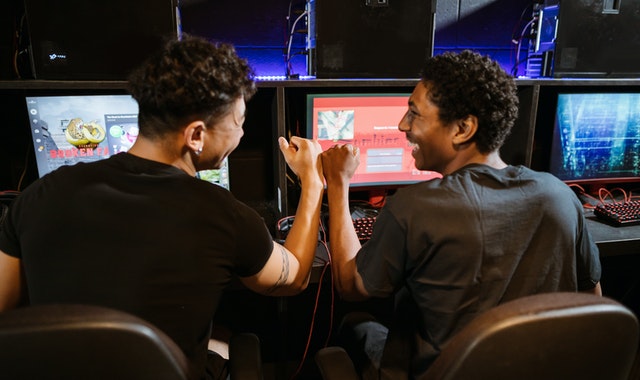 The majority of people consider video games to be little more than a distraction – some even say it’s a waste of time. There always were, in turn, people who took gaming seriously.

Even when gaming was little more than coin-op machines in arcades, there were players who cared deeply about them and organized competitions around them.

This competitive spirit was amplified by the emergence of the internet, giving birth to a phenomenon called ‘eSports’ – today’s fastest-growing spectator sport.

You know a sport is mainstream when the biggest bookmakers start accepting bets on it. eSports is not an exception. Today, the most important eSports events are covered by the Betway app, bringing their results to your fingertips wherever you are.

Betway has a separate eSports category covering events like the ESL Premiership, the DotA 2 Champions League, The International, and several other events – but more on them later.

According to a recent estimate, more than 430 million people followed eSports at least occasionally in 2020, and this number is expected to grow to more than 570 million in the next couple of years.

How did eSports become this popular?

People always had a thing for watching others play video games. PewDiePie (Felix Kjellberg) had, at one time, the most-followed YouTube channel – he currently has more than 110 million followers.

He rose to fame thanks to his “Let’s Play” videos, recording himself play – and comment – his gaming. So, it shouldn’t be a surprise that people playing video games in a competitive setting attracts so many viewers.

eSports routinely attract large numbers of viewers on platforms like YouTube and Twitch. The event with the largest recorded viewership to date was the Free Fire World Series 2021, held live in the Marina Bay Sands in Singapore, which – at peak time – had 5.4 million concurrent viewers.

How did eSports grow so big? Well, it took quite some time. Video gaming competitions have been around since the 1970s, ranging from smaller tournaments held at universities to shows with TV coverage like Starcade, a TV show broadcast in the US in the 1980s, where contestants played arcade games competitively.

The first major eSports title – although the term didn’t exist back then – was Street Fighter II, released in 1991. Capcom promoted playing it competitively in a tournament format, and this created the foundation of modern eSports.

The popularity of fighting games like Street Fighter II and Marvel vs Capcom in the 1990s led to the creation of EVO (Evolution Championship Series), an eSports tournament that’s ongoing to this day.

The 2000s came with the growth of broadband internet that made a global eSports scene possible. The country that gave the phenomenon the attention it deserved was South Korea – it created a government organization to regulate and promote eSports in the country.

From here, the growth of eSports was unstoppable. Some of the games that are to this day the backbone of the eSports scene have emerged around this time: StarCraft, CounterStrike, and later League of Legends and DotA 2.

There is no telling how many professional eSports players are there – the discipline is still struggling to be accepted as a true sport – but their number is in the thousands. And there are more than 80 of them who have earned more than $1 million from gaming alone.

It took eSports a few decades to grow from novelty to a billion-dollar industry – and it doesn’t show any sign of slowing down.