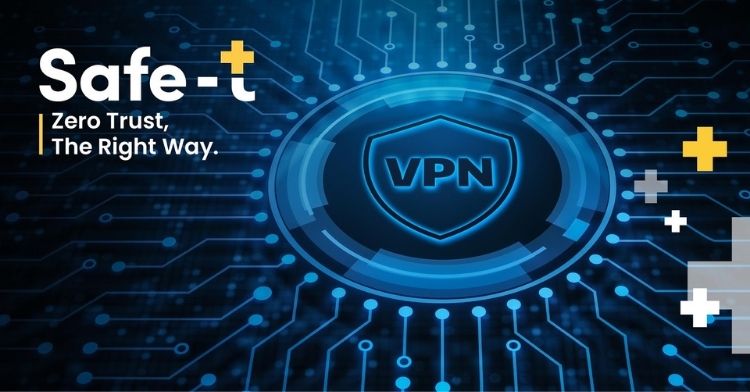 As one of the earliest ZTNA/SDP vendors in the market, Safe-T jumped on the “VPN is Dead” story early in our life.

It was their main marketing pitch, which was aligned with all the analysts and other SDP vendors.

But I would like to be the heretic here and claim that even though Safe-T is a proud ZTNA vendor, the VPN is in fact not dead; it is vulnerable, but definitely not dead.

Now, yes, there might be markets where VPNs are being phased out and replaced by ZTNA/SDP solutions or even SASE solutions. I claim that these are mainly the markets that are already very cloud-oriented, so it’s easy to replace.

But what about all the other markets and companies that are more traditional – where VPNs service tens of thousands of users and are deeply integrated into the company’s core networks and DNA? Try telling a CISO of such a company to replace his/her VPN; I can tell you from experience that the reaction is not positive…

So, if you are a CISO ready to replace your VPN, we have a solution for you; ZoneZero SDP, a clientless ZTNA solution for non-VPN users.

But if you are a CISO at a company where the VPN isn’t going anywhere for the next couple of years, I’m happy to tell you we also have a solution for you, and, unlike our competition, you don’t need to replace your VPN (you didn’t expect that, did you?).

It’s called ZoneZero VPN, and it is the only ZTNA solution for VPN users, achieved by integrating  ZTNA technology with any VPN solution out there. ZoneZero VPN has been validated and distributed by leading companies like Edvance and iValue.

All user locations – external or internal

All application types – new or legacy

All application locations – cloud or on-premises

ZoneZero offers secure, transparent, and controlled access for all types of entities (people, applications, and connected devices) to any internal application, service, and data, such as HTTP/S, SMTP, SFTP, SSH, APIs, RDP, SMB, and WebDAV. It implements patented reverse-access (outbound) technology which eliminates the need to open incoming ports in the firewall.

So, bottom line, the fact that the entire ZTNA/SDP market is trying to convince you, that you need to replace your VPN in order to achieve Zero Trust, isn’t true. Using Zonezero VPN you can have your VPN and be zero-trust compliant.