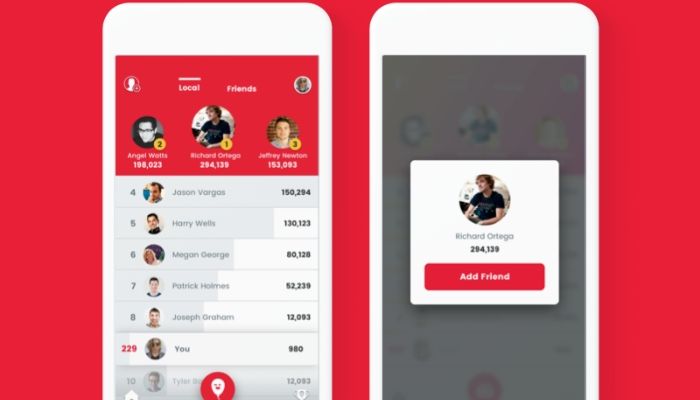 Changing the world is all about motivating people to do a thing, which is a complicated task. By learning about the drivers of human behaviour, we can use some simple techniques that hack into the motivational core of the human-animal.

A straightforward tool you can use to enhance motivation in people is a leaderboard. They are a classic gamification tool which is used in almost every sport and point-based game. They consist of simply a list of the members of your group, ranked in order from top-performing to bottom.

You can customize it by assigning star ratings, progress bars, awards, or points. With this, we can say that gamification can be seen as a data-driven information indicator, rather than a competitive game.

Several more prominent principles need to be addressed behind the leaderboard, amongst which measurement is the first one.

To start with, you must have a data point to rank your players in ascending to descending order. It might be transparent to measure what you are trying to change, but you would be astonished to see how rarely it is done.

People generally spend a lot of time working on projects and campaigns. They don’t have any idea about the data that says about their cause, or if they have any effect on it at all.

Identifying who your players are, might be something you have not considered yet. Players can involve individual people in a group, or they can be teams. Your players might be schools, colleges, corporations, whole cities, suburbs, or apartment buildings.

For instance, if you are associated with a school and looking to implement a “zero waste schools” program. You decide to make a leaderboard for fourteen schools in your city. To find out the numbers, you would need to know the amount of waste each school is generating to rank the schools from best to worst.

It means that all the trash being made by the schools needs to be weighed. Many businesses are availing the services from leaderboard design experts to fulfil their various needs and enhance the potential of its members.

Hence, it can be seen that there is considerable scope to implement simple gamification tools such as leaderboards for social and environmental gains.

Also Read: How Mobile E-Commerce helps in the growth of Global industry

The potential of city-to-city leaderboards can be used as strong motivators for both city officials and residents to get serious about making these initiatives come true.

Additional Benefits of A Leaderboard

Only by implementing a measurement system and making a public rank, you can catalyze people across a wide range of people and organizations to take action for change.

With a leaderboard, you can eliminate the requirement to micromanage every little move you want people to change. You can show them the numbers in a way that boosts morale and eagerness to grow further.