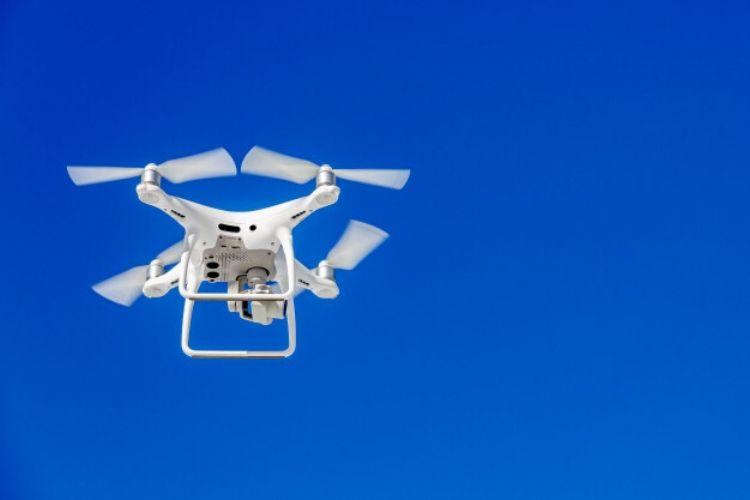 The drones can be used from the very first step of the manufacturing process. They could be used for identifying the sources of raw materials that are necessary for manufacturing the finished goods. Small and medium-sized drones are now powered with cameras for obtaining the quality aerial views at lower heights.

At these heights, the geographical and physical regions can be obtained. This data could then be analyzed for creating connectivity to the resources. Also, using drones is an inexpensive option in terms of ownership.

Drones are an extremely useful option for manufacturers to consider when it comes to the maintenance of warehouses. Earlier, the process of maintaining warehouses was purely dependent on humans. When it was time to complete an order, the manufacturing employees would search for the item on the shelf, remove it and then make it ready for dispatching purposes. There were often instances when a wrong item was put in the placed orders.

Drones are now introduced to perform these tasks in the industry. They have proven to be more reliable when it comes to selecting the right product and placing it back on the shelf. Drones are also used for keeping the stock organized. They are highly efficient and also fast workers and their usage could be deployed for enhancing productivity.

Considering the manoeuvrability and size, small-sized drones can get to isolated places. Where there is any kind of risk and difficulty involved for an employee. Drones could also be used in hazardous situations such as combining the chemical compounds or gaining samples of extreme process materials. Drones could also be deployed for less complicated tasks, thus, eliminating the safety risks that might be reinforced by an employee.

A drone supported by a robotic arm or any other holding mechanism can be used for transporting various things from one place to another. The drones could be used for transporting the products within the warehouses or stores or even completing deliveries between various company locations. Online food delivery companies have now started using drones for the delivery of food.

This directly results in shorter waiting times for the customers with an increased profit of the companies. Other advantages of using drone transport could result in benefits such as- reduced cost of fuel, faster transport times and real-time monitoring of the delivery.

Drones can be involved in managing the supplies that are used in the manufacturing process. Similar to their operations in the warehouse, drones could also be used for monitoring the stock of supplies and parts. When the supplies take a dip, then they could be used for placing an order. Drones could also be used the organizing and filling in the orders to carry out the production process on the floor, thus, making the process of manufacturing more efficient.

Drones could prove to be very useful when it comes to the management of inventory that is presently scattered over different locations. They could be used for flying over the shelves present in the production line for scanning barcodes of the products. Drones have proven to be a useful alternate than humans for performing a similar set of tasks.

Further, the drones could also be used for recognizing products that might be displaced from their original places and are engaged in product counts.

As previously discussed, the drone technology still lies in the infancy stage for the manufacturing industry. One can expect to see the drones fulfilling various roles within an organization. One area for using drones has already been banked, i.e. loading pallets.

Once the orders have been packed and dispatched, drones could be used for assisting them onto pallets. And then onto trucks and trains, making them ready for the next destination. Today drones aren’t only limited to changing the dynamics of manufacturing and are also now rapidly changing the business approach followed by the companies.