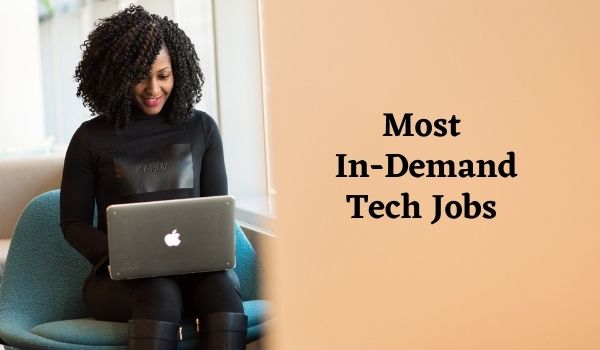 In today’s uncertain, highly competitive world, it’s more challenging than ever to find a job that offers a lasting career. From the cutbacks and redundancies caused by COVID-19 to the increasing digitalization and automation of business, graduates and even seasoned workers are finding it harder and harder to secure real long-term roles that offer guaranteed employment now and in the future.

However, despite (and, perhaps, partly because of) the increasing role played by computers and tech in the workplace, some jobs seem likely to remain in demand in the years to come.

Indeed, employment experts suggest many of the jobs of the future may simply not have been invented yet as the world undergoes the so-called Fourth Industrial Revolution.

How computers and tech are changing the modern workplace

There’s little doubting the effect computers, the web and technology have had on today’s business landscape. From the rise of e-commerce websites to Big Data crunching, cloud technologies, Artificial Intelligence (AI) and the Internet of Things (IoT), tech is revolutionizing how – and, in many cases, where – firms can now operate. Even simple email and messaging apps have transformed the way we communicate at work.

With the digitalization of business already well underway, below are just a few of the tech jobs and skills required now – and those likely to remain in high demand in the future.

Before looking at the most in-demand jobs, it’s worth pointing out that the career path into many of these roles is often not as straightforward as simply taking one specific qualification. The very nature of tech and computing allows for considerable overlap between roles meaning sideways development is often possible.

For example, even though it’s not specifically related to each role, studying an online master degree data science will open doors into many of the jobs outlined below.

In 2021 the revenues generated by online criminality are expected to tally $6 trillion globally. With that figure increasing by 15% each year, reaching $10.5 trillion by 2025. Indeed, compared like for like, the costs involved in online crime make it the world’s third-largest economy, narrowly behind America and China.

Cybersecurity spending in 2021 is forecast to exceed $150 billion by the end of the year as firms attempt to stay one step ahead of the hackers and guarantee network and IT infrastructure protection.

It’s estimated the world currently produces a frankly staggering 2.5 quintillion bytes of data per day (for reference, a quintillion has 18 zeros) in everything from Facebook posts to TikTok videos and blogging pages. Consequently, cybersecurity experts are required across almost all sectors of the computing and tech industry.

Furthermore, those with the skills to protect data both on and offline will likely remain in demand for many, many years to come as the threat from cybercrime increases.

In recent years, cloud computing has become one of the fastest-growing sectors in the entire computer and tech industry. As more and more firms move their digital services to the cloud, those individuals with cloud design and development skills will remain highly sought after.

Cloud computing offers considerable benefits to firms and individuals alike – everything from online data storage to remote processing, improved online protection, access to the latest tech and secure corporate networking. Knowing how to set up, run and maintain cloud networks assures good employment prospects now and in the future.

There’s little doubting how much computing has moved into the mobile realm over the last 15 years or so. Thanks to the invention of the iPhone and the continued improvement in mobile access speeds (including the rollout of 5G services).

Indeed, the prevalence of mobile device use can even be seen in web use statistics where mobile internet access now accounts for over 50% of all net use.

Individuals that possess the skills to design, develop and deploy mobile applications are required today and will likely remain so in the years to come.

For a job in this sector, you’ll need a keen eye for design and the ability to understand the concepts of User Interfaces (UI) and User Experience (UX). You’ll also need a knowledge of coding that works across the major mobile device platforms – iOS and Android – plus Objective C, JavaScript, XML and HTML.

As the world becomes more reliant on digital technologies and we entrust more of our data storage and processing to computers, so the demand for skilled software developers will continue to rise.

The role of software developer typically encompasses every stage of the software lifecycle – from initial planning through to design, development, installation, testing and maintenance of applications. This highly involved and detailed job usually requires skills in several different programming languages, including (but not limited to):

The modern help desk practitioner is the first line of customer care and support for many companies and can field everything from technical and sales enquiries to ongoing client relations and retainment.

This highly diverse role requires a delicate mix of both technical and soft skills to be successful, but can be especially rewarding, particularly for those with more people-centric talents.

As a rule, it’s widely accepted there are three main tiers of help desk jobs: