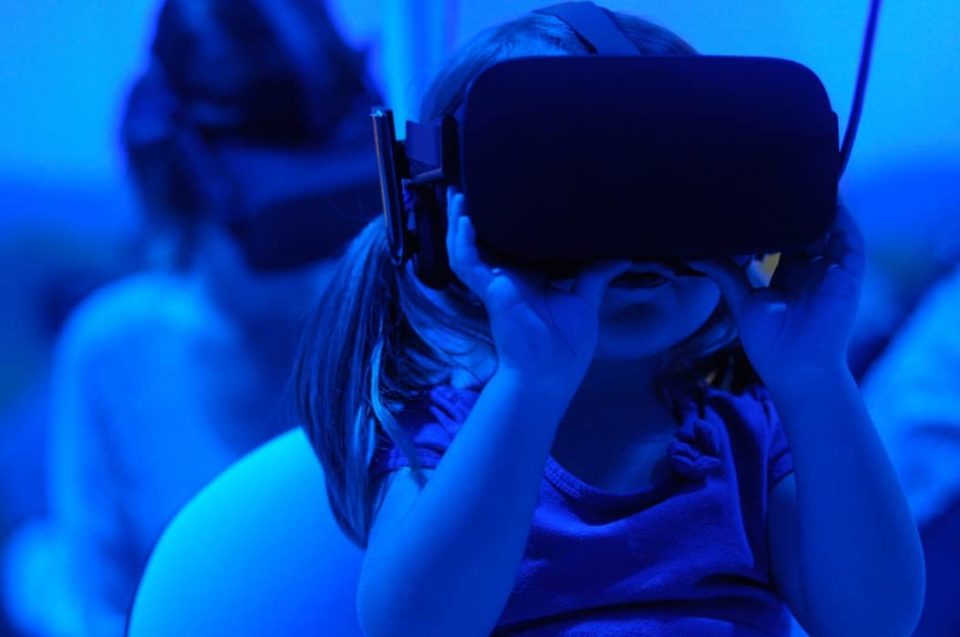 Virtual Reality (VR) has certainly proved itself as a conventional form of entertainment, is simply not an over-priced piece of technology. You can opt for a variety of ways to get the best of VR experience.

However, like everything else, it proposes a bit of problem when it comes to choosing the best, most suitable VR option for you.

Different brands are launching more and more headsets, each offering different sorts of experiences, hardware, requirements, and loads of great deals enough to leave you confused. To ease things up a bit for you, here are few best VR headsets for pro gamers.

The Oculus Quest is found to be the perfect match for those curious about intense VR experience but don’t have enough capital to invest in an additional gaming PC or console.

It’s a wireless headset, portable with easy set-up. Oculus Quest, the very first headset that runs its fully functional system on its own. It is available in two models, a 64GB and a 128GB.

Daydream View is a simple, convenient, and slick VR headset that accommodates your smartphone perfectly, and it comes with a nice price tag of $99.

Although it doesn’t go with Apple iPhones, owners of Google, Samsung, and other branded smartphones can take advantage of this headset for playing games, watching videos, and do whatever their screen supports.

The remote is super simple for smooth usage. Among VR users, fashion isn’t much of a concern, but since you are, anyways, going to look like an idiot, Daydream comes in a chic look with the largest selection of colours.

Since mobile gaming is still setting its footprint in the VR world, Daydream View offers a better supporting app and gaming integration.

This Sony PlayStation VR is found to be the perfect form of VR for consoles. If you have PlayStation 4, you may find it on the affordable side, and it offers a wonderful engaging VR experience.

It comes with awesome titles along with some other exclusives merged with some top VR games – the PSVR features an extensive library. If your budget is on the edge of your wallet, opt for some free promo codes to get the best deal.

Sony PSVR comes with simple physical measurements to ensure the headset feels comfortable to the users of all shapes and sizes.

With a crisp screen, it offers tracking, competitive gyroscope, user-friendliness, and movement technology to give a smooth gaming experience, maintaining its position among the VR-centric companies like HTC Vive and Oculus.

HTC Vive Pro comes with a price tag of $1,399, the big one! Though it may not be for those new to the VR world, it offers one of the best high-end consumer VR experiences.

The features and what Vive Pro has to offer has made it an industry leader, with an immersive, almost perfect VR experience, and signature convenient controllers. Despite the price tag, enjoy benefiting from online discount promo codes.

The 360-degree motion tracking and visual technology, 3D audio and noise-cancelling features allow for every aspect of gaming to move with you.

The tracking cams need a higher-end PC, the set-up may take some time, but the bootup is quite easy afterwards.

The HTC Vive Pro is about to have one major upgrade; eye-tracking, which is anticipated to be released by the second quarter of 2019. It delivers the most elite VR experience, where the new eye-tracking makes it go unparalleled from tech tycoons.

An art project, the Labo VR headset is geared to Nintendo Switch owners. The Labo kit got scrutiny for being simply expensive cardboard, but it comes with an expensive opportunity and also teaches some basic coding skills. Labo VR is perfect for children to play, design, and create a virtual plane with safe bursts.

The headset can also be built and decked with the easy instructions given on the Switch. It hoards tons of games, including an elephant truck 3D printer and a blaster minigame.

It includes a workshop that instructs players for building new games using basic coding. If you are a student and want to set your pace on such an affordable VR, you can always consider using free promo codes to avoid deteriorating your budget.

The Nintendo Lavo VR is fun and exciting and shows ridiculously outstanding potential for Nintendo in the future.

These are the top 5 best gaming VR headsets. Choose which fulfils your requirements and fits your budget in the most flexible way.