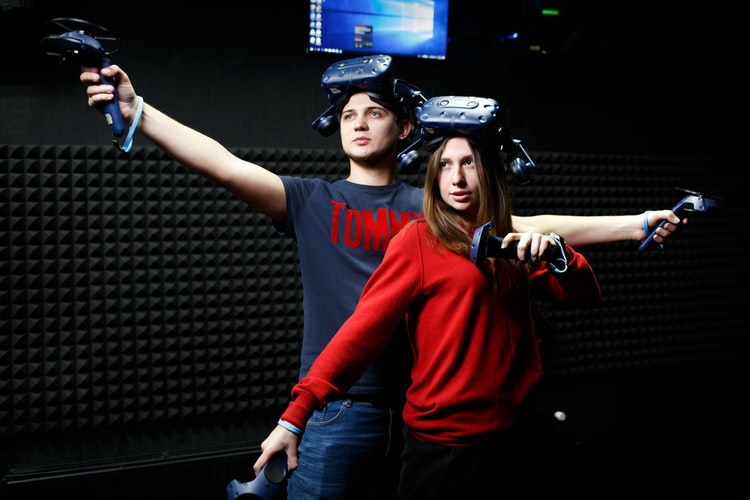 You have probably seen augmented reality (AR) and virtual reality (VR) products in unlikely places by now, but the fact remains that the majority of people still consider AR and VR as high-tech toys aimed at the video game market.

While AR and VR games have indeed made tremendous strides in the gaming industry in the form of hits like Pokémon Go, the PlayStation VR system, and the Oculus Rift, AR and VR have the potential to appeal to just about any niche.

Augmented reality and virtual reality are the next hottest thing for various industries, not just for gamers. Augmented reality has the potential to enhance anyone’s everyday life. Some of the most practical everyday uses might surprise you, and there is incredible potential for both of these technologies to improve people’s lives in the future as more people explore and embrace them.

AR and VR in the Medical Industry

Higher quality of life means longer lifespans and more expansive medical treatment options, but this comes at the cost of increased strain on the medical industry and supporting industries. AR and VR have already become important training tools in the medical field, enriching the education of medical students in various disciplines.

Advanced AR technology can help with anatomy instruction, procedural guides, and various aspects of medical training for diagnostics and treatment. VR could potentially allow medical students to perform mock operations and treatments in a safe and controlled environment. VR and AR can provide medical students with interactive 3D models of the human body for various medical training and research purposes.

Tourism Enhanced by AR and VR

Have you ever wanted to visit the other side of the world? What if you finally made it to your dream destination only to find it is nothing like you expected? Thanks to modern AR and VR tools in the tourism industry, you can talk a walk on the Great Wall of China or explore the Australian coast from the comfort of your home.

Many tourism companies have developed augmented reality tours that allow users to explore new places and gain a taste of a travel destination before actually visiting. Currently, most tourism companies offering AR and VR tours only provide predetermined “routes,” but in the future, potential customers could remotely take in local scenery from across the world, turning their heads to change the viewing angle as if they were actually there.

Public safety is constantly evolving to account for greater metropolitan population density and various disabilities. For example, audio cues linked to street crossing signals for the visually impaired and lighting fixtures linked to audio cues for the hearing impaired on public transportation vehicles.

Imagine an ambulance driver wearing AR-enabled glasses that provide a heads-up display, highlighting the quickest route from the ambulance’s current location to the destination.

Another example could be an AR app that assists with navigation while you’re traveling for business in a new place. These apps could point you toward emergency services or highlight dangerous areas, keeping you safer in unfamiliar territory.

Product Development and Modeling with AR and VR

For example, a CAD engineer could use an AR application to display a prototype as a hologram, potentially even animating a product use demonstration in an entirely digital space. This not only speeds up development times but also increases the safety of some product development processes and could eventually remove the need for physical raw materials during prototyping.

Modern educators are looking for new ways to reach students and spark creative and adaptive thinking. AR and VR have already found their ways into the education sector with moderate success, but there is an incredible amount of potential for these technologies in education. AR and VR are still relatively new and expensive technologies, so AR and VR technology companies must refine their hardware before government-funded school systems will be willing to invest.

These technologies could allow students to explore other cultures and ancient civilizations as if they actually stepped into a new world. AR and VR could potentially enhance learning experiences for various disciplines, including biology, astronomy, music, and art.

AR and VR have also become boons to the retail sector, affording customers with a fun and valuable way to shop. Some retailers have already created AR and VR experiences and marketing campaigns aimed at creating more memorable, more immersive interactions with their customers.

AR apps for phones can allow some people to see what clothes will look like before purchasing them, try on different colors of nail polish or cosmetics, or see how different jewelry pieces would look when worn using AR camera applications.

Modern consumers are incredibly adept at researching the best deals on the products and services they shop for every day, and AR and VR could potentially aid these purchasing decisions. Imagine an AR camera tool that analyses a product and instantly looks for better deals from other retailers or a VR app that allow you to manipulate a consumer product in seemingly real-time using a VR headset and hand controls. The possibilities for VR and AR in the retail sector are virtually endless.

AR and VR for Gaming Continues to Evolve

While the applications for AR and VR continue to evolve, the video game industry was one of the first industries to adopt these technologies as marketable products, from the failed Virtual Boy of the 1990s to the hugely successful Pokémon Go in 2016.

These technologies continue to evolve in the video game industry, and many of the leading game developers are searching for new ways to incorporate VR and AR technology into their games.

Products like the PlayStation VR, Oculus Rift, and VR applications for mobile phones provide gamers with incredibly immersive experiences, from fighting zombies to virtual dating with lifelike and animated characters. Video games have eclipsed Hollywood films in terms of raw market value, and more people than ever play video games of some type every day.

Games have grown in popularity at a staggering rate over the past 20 to 30 years, and now there is so much variety in the gaming industry that just about anyone can find something to enjoy. New AR and VR-enabled games can take these experiences even further, offering a level of immersion that was previously the stuff of science fiction.

AR and VR are reshaping the world in surprising ways, changing the way people interact with one another, make purchasing decisions, and enjoy different types of content. If you haven’t experimented with any AR or VR applications yet, you can find many affordable or even free options to do so, so try these new technologies for yourself and imagine their potential.