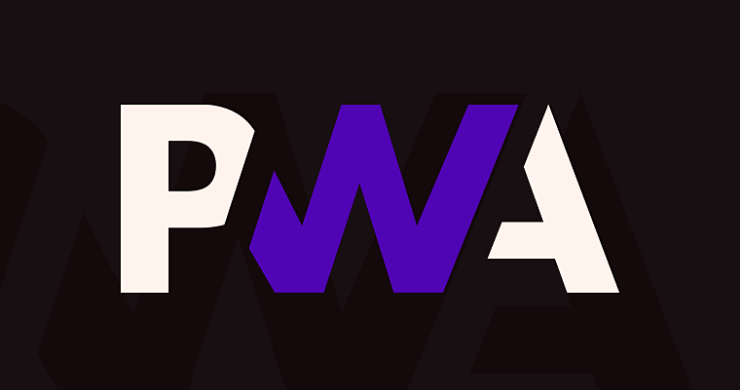 Better development at low cost, lighting speed performance, freedom from installation, offline mode, native app-like experience, universal access, easy maintenance, less data-consumption, excellent user retention, mobile-first approach, and terrific cross-platform functionality, what more one wants in a software? Well, it is not a dream as these are the praises for PWAs we are describing.

What are Progressive Web Apps (PWA)

PWA or Progressive Web App is nothing but a rich blend of two technologies – native applications and web apps. They are the result of their combined approach, which functions as both an application as well as a website.

They look and behave like native mobile apps but are actually optimized websites or web apps possessing the benefits of both.

Unlike native apps, they need not be downloaded from a play store. They can run on any browser from desktop to mobile versions, all the while offering the same kind of experience just like any native app.

What happens is PWAs reuse the code from a website to deliver a mobile experience and the browser identifies interested users for your content and invites them to save the site as an app on their smartphone’s home screen. And, you don’t need to be tech-savvy to run PWA.

PWA and eCommerce: Made for Each Other

From dawn to dusk, we humans are clung to our mobile phones. It is evident from the fact that mobile commerce is the current hot trend and PWAs are making it more convenient and better for users to shop via their smartphones.

Mobile Commerce is sprouting quickly, and hence, eCommerce needs a mobile-first approach to keep up with the increased mobile shopping demands, which PWA can deliver. With the qualities as we described earlier, PWA has bought about a revolution in eCommerce.

It has increased customer interaction and engagement, unified customer experience across all sorts of devices, spiced up conversions, increased page visits, and total time spent on site.

Progressive Web Apps are here for a long time now, and many big eCommerce players are already reaping the benefits out of it, some of which are listed out below. Take a look, and you will know yourself why PWA is vital for an online marketplace.

In order to impress first-time visitors and repeat users alike, they implemented PWA, and the results after that were mind-blowing.

Alibaba’s PWA strategy brought about a 76% higher conversion across browsers,14% more monthly active users on iOS and 30% more on Android, and 4 times higher interaction due to the “Add to Home screen” prompt.

India’s biggest e-commerce platform adapted PWA back in 2015. They shut their mobile site and focused only on their native app expecting miracles, but unfortunately, they failed miserably.

Africa’s most renowned and the largest eCommerce site, Jumia always had to battle with less user engagement due to the poor internet connection over there, which, decreased the number of people downloading apps.

As a solution to all, Jumia introduced PWA into their online business and witnessed a 33% higher conversion rate, a 50% lower bounce rate, 12 times more users and 5 times lower data consumption. Unbelievable right?

Hotel? Trivago! The world’s leading hotel search engine which has become a household name that compares more than 700 000 hotels on 175 booking websites giving us the best deals, has the majority of viewers on mobile than desktop. Their well-developed PWA with all the necessary feature increased its user engagement by 150%! Shocking but true!

Another eCommerce giant, AliExpress that sells almost everything, everywhere to 666,5 million users every month, turned their fortune wheel with PWA and reached 104% more users, a 74% increase in time spent and 84% increase in iOS conversion rate. Yes, we know, seems impossible, right?

More Interesting: How important is the role of Big Data in the world of software development?

Ready, to get started with PWA?

PWAs make the right and best choice in today’s competitive market as customers expect convenience and want the mobile buying process to be as comfortable and smooth as possible.

For businesses looking for ways to deliver a remarkable user experience on mobile, increase in numbers of visitors, page views, sales and repeat patronage, higher conversion rates, etc., should definitely consider implementing PWA on their Magento platform without any hesitation.

Lastly, with Google promoting PWAs, there’s no doubt that the future of eCommerce and marketplaces lies in safe and capable hands.

Rakesh Jain is the Co-founder and CEO of MobiCommerce, a leading multi-vendor marketplace software solutions provider. When he is not busy taking the company to newer heights, he writes for top publications, teaching eCommerce store owners different ways to manage, grow and scale their business.