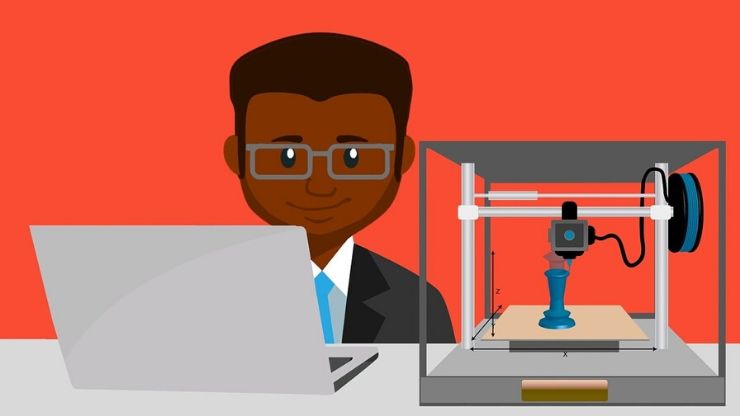 As a business, it’s critical to move. And not just move but move fast. New products must quickly and inexpensively move from concept to market. This helps the business garner greater market share and drive consumer interest.

To do this, you must create a full-scale model or a prototype. And few processes inexpensively produce a new product to market as efficiently as rapid prototyping processes do.

But its efficient rate of iteration is just one of its many advantages.

This article will examine the key advantages of rapid prototyping and why every business should adopt this additive manufacturing approach.

Few proofs of concepts succeed with the first prototype.

It takes several iterative tests for an emerging prototype to gain positive feedback from stakeholders and users. Each iterative test generates bits of data that improves the next iterative test and the next, and so on, to deliver a final product.

Rapid prototyping is ideal for this particular design approach.

It can validate frequent design alterations with zero knock-on effect on the rest of the design. Rapid prototyping can incorporate changes instantly. This makes it possible for businesses to develop a final product that achieves greater acceptance rates from end-users.

While advanced CAD software enables designers to highlight several design flaws, certain details may not be apparent until the physical model is produced. Rapid prototyping removes the barriers to performing several iterative tests to test a final proof of concept.

There are several materials that can be produced through 3d printing that closely resemble the properties of the actual product. The development team can then identify faults and usability issues and make modifications quickly to reduce the risk of costly errors.

As an additive manufacturing process, rapid prototyping adds materials to create a physical three-dimensional object. Deposited materials are sequentially layered one superfine layer at a time.

This results in a significant reduction in material waste and costs.

Rapid prototyping accelerates the design and development process. The rate of iteration previously mentioned is caused by the single digital-to-digital process and streamlined workflow.

Rapid prototyping eliminates the need for secondary and tertiary steps required by conventional prototyping. This includes traditional processes that include tooling and subtractive manufacturing to address design modifications along the conceptual stage.

The iterative steps found in rapid prototyping can adopt new elements according to the data results in a previous test. Certain rapid prototyping processes, like Stereolithography (SLA) and Selective Laser Sintering (SLS), can produce a proof of concept within a day with exacting tolerance.

A wide variety of material choices and many additive manufacturing processes offer the ability to implement design changes in the prototype as per the individual requirement. This is highly advantageous to businesses that require scale models with complex geometries and novel shapes or structures.

Due to rapid prototyping’s addictive nature, greater customization is possible with no further tooling or additional machinery. This unshackles concept creativity, allowing companies to enhance their ability to innovate.

Putting It All Together

Prototyping is a crucial production step in the design and development process. It is how companies and product teams gather information and address unexpected problems before they release the final product to the public.

It also allows stakeholders and end users to determine the usability of the product.

With rapid prototyping, this important process becomes more efficient and cost-effective. Companies that use rapid prototyping are well-equipped to create a prototype that is rich in detail and closely resembles the end product.