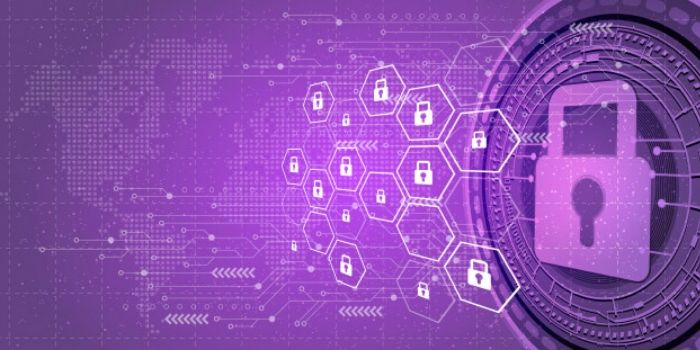 A highly essential part of cybersecurity, that is often swept under the rug by many enterprises is information security, abbreviated simply as infosec.

Taking into account the pressing challenges organizations face today, which include everything from sophisticated data breaches, advanced phishing attacks, to the manipulation of artificial intelligence to wreak as much damage as possible.

Furthermore, as data becomes increasingly valuable- with some cybersecurity specialists going as far as to refer to data as the “currency” of the digital age- protecting sensitive data should be taken as the foremost priority by companies.

Unfortunately, however, most organizations are extremely lazy when it comes to exercising information security since the risk assessments they conduct fail to cover all ground, or simply because they do not have the knowledge needed to properly analyze the threats faced by their infosec environment.

One simple way to prevent all such attacks and threats is to use a VPN. A VPN efficiently hides the real IP address and also encrypts internet traffic.

Having said that, however, fostering a healthy and robust infosec environment is much easier said than done. In the aptly named ‘Information Age,’- data is everywhere.

From the social media posts advertising a certain new product to the survey forms we fill out on a daily, data is what our modern lives revolve around. Considering the vast amount of data that organizations hold, accurately analyzing the risk and threats facing companies is a tedious task.

In spite of the task of effectively assessing the risks faced by the infosec environment of an enterprise seems impossible, there are still several steps that organizations can take to ensure the security of the data that they hold, which we’ve covered below.

What Steps Can Enterprises Take To Measure The Health Of Their InfoSec Environments?

Before we can get into the details regarding the steps through which organizations can assess the state of their information security environments, we’d like to clarify a couple of things that our readers might be harboring doubts over.

Right off the bat, since data is such a valued resource, it already enjoys a certain level of protection underneath certain data regulatory legislation- the most notable of which is the GDPR (personal data for citizens of EU), PCI (credit data) and state-specific laws such as the CCPA, which protects the sensitive data of the residents of California.

Although we’ve only mentioned a few of these data-regulatory laws, they usually cover all bases, as far as the collection of personal data is concerned.

Usually, enterprises that are compliant with these data-regulatory laws, are required to perform risk assessments on a regular basis.

Despite playing a critical part in promoting the principles of security within companies, these risk and threat analysis are usually done as a run-of-the-mill exercise, that plays no part in actually examining the many risks facing the infosec infrastructure within an organization.

Additionally, however, enterprises can also rely on a pre-existing framework to see the broader picture of the state of their infosec environment, and use frameworks such as ISO and CIS, as a stepping stone to launch a deeper analysis, since both of these guidelines provide valuable information on the risks, and vulnerabilities within a company’s current data management process.

Alternatively, a much more systematic approach of accurately measuring the condition of an enterprise’s information security can be broken down into the following steps:

In spite of being severely underrated, one of the biggest steps that enterprises can take towards security involves asking questions. Now, if you’re a bit in the dark about cybersecurity matters, you might be wondering about the kind of questions to ask, and to who to ask them to.

Well, to clear the air of any doubts, you’ll first need to establish the context in which you’re going to be assessing the risks facing your enterprise. After you’ve done that, you can divide the questions that you’ll need to ask into the following subsections:

2) Why Do You Want To Assess Your InfoSec Environment?

After you’ve asked, and hopefully answered the security-centric questions we’ve raised above, it is equally important that an organization dives deep, and finds out the overarching reason behind the risk and threat assessment.

After you’ve derived a clear-cut framework for your enterprise, you need to find out the “why” behind the situation. Usually, enterprises cite reasons for compliance and a robust infosec environment as the driving force behind their assessments, but you need to be as honest as you can while stating the motive behind your threat analysis.

Not only does the honest drive in finding out the main reason for the risk assessment enables organizations to better define their goals, but it also provides companies with valuable information that comes in extremely handy while mapping out organizational data.

Furthermore, the useful insights derived through the answering of such a question, also enables organizations to decide which security initiative to assign to a certain threat.

3) Identify The Most Prevalent Threats

After you’ve dug deep and contemplated about the driving force behind your risk assessment, the next step that you need to take dictates that you identify the most prevalent, and routine threats plaguing your infosec environment.

To ensure the wellbeing of your infosec environment, it is equally important that organizations take a regular inventory of the threats that routinely repeat themselves.

Moreover, it is also crucial that enterprises frequently run diagnostics that enable them to create different classes of threats facing the organization- the division having been made through the repetition and relevancy of the identified security flaw, or vulnerability.

The last step that rounds up the systematic framework for measuring the health of an infosec environment, revolves around probability and determining the degree of risk associated with a certain threat.

After an enterprise has made an inventory of the most persistent threats facing their organizations, it is crucial that an importance level is assigned to a certain threat, since, when it comes to ensuring overall cybersecurity in an organization- prioritization is key.

Having said that, however, cybersecurity teams are more likely to prefer a certain aspect of information security over the other- which is why it is critical that security teams recognize their own bias in the degree of damage they assign to a certain threat, and then take the essential steps to remedy them.

Additionally, organizations also need to take into account the probability of a threat actually affecting an organization- along with the potential damage it could wreak on the enterprise if subjected to the multiple threats you’ve identified.

At the end of the article, we’d like to reimburse what we’ve stated before- that is, in the modern age of information, it wouldn’t be a far cry to call data the ‘crown jewel’ of the digital age.

When it comes to ensuring the safety of the data being harvested from individuals, it is highly essential that enterprises exercise information security, and rely on the steps we’ve mentioned above to propagate the principles of security and privacy on the interwebs!