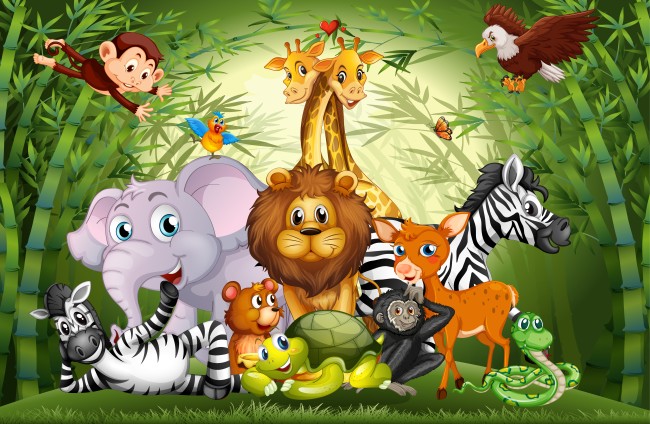 Not only the context of the logo is appealing, but the imagery used in that particular logo conveys powerful emotions. It creates a strong bond with the consumer so they feel empowered to make a purchase.

Over the years, many organizations have used the subtle art of logo designing to convince their audiences. While some designers use colors to engage with the audience, others simply use symbolism to create a remarkable brand impact. In fact, some have even used animals to convince.

Take for example Puma, it has a panther in its logo symbol which presents grace and fierceness.

I hope that while working with a professional logo design company, you can be a better judge.

Fierce and vicious, the jungle cats are majestic animals and many companies have used them in their brand logo designs effectively.

You may find cats reflecting in the logos of a number of industries ranging from sportswear goods to automobiles.

The jungle cats are used as a symbol of courage, viciousness, grace, and cunningness. And the use of the cats in logo designs conveys the message of strength, honor, and valor.

Take a visit back in time and seek the history, and you will understand that snakes have long been considered a symbol of transformation, rebirth, healing and even immortality.

Business leveraging snake as an animal symbol to represent their brand can also indicate a venomous side.

To represent such a thing, it is important that businesses place the snake in logos appropriately. Snakes have been long adored by businesses who want to talk about everlasting change.

If there is one animal that represents itself as the perfect symbol of strength and stability, then it is the Lion. A lion is the King of the Jungle and organizations which use Lion within their respective logo designs make sure that they convey the same message through their brand logos.

Organizations which prefers to add a lion to their respective logo design are inclined at showing majesty, strength, courage, justice, excellence, and resilience.

Companies which prefer Lion as a logo want to ensure their clients that they are a strong authority within their respective business.

In case, you want to reflect freedom, patience, playfulness, and comfort in your logo design, you can always use a domestic cat.

Cats present themselves as an adventurous spirit and ignites the element of curiosity in the mind of the audience. And due to its nature of triggering curiosity, many businesses make use of the domestic cat in their logos.

Take for example, Hello Kitty! It’s not only cute and comforting but also very playful.

A monkey is a creature in the animal kingdom that is more close to the human race than any other creature in the wild. Hence, it projects multiple traits similar to that as humans.

What is the first thing that comes to your mind when you see a mouse? Doesn’t the creature trigger the element of innocence in your heart?

Many brands use a mouse in their logo design to represent resourcefulness, modesty, adaptability, curiosity, determination, shyness, and innocence.

By using a mouse in their logo designs, many businesses are successful in delivering the message of being resourceful to their audiences.

They explain to their audience that they are open to adjustability with them. You may find a mouse logo in multiple dairy products are products associated with cheese.

Just like the mouse is a strong representation in the world of cheese, the cow is another animal which is abundantly used in the milk factories. In certain cultures, the cow is considered a sacred animal.

Not only do businesses who associate themselves with dairy products are known to use cow within their brand logo designs, but even some agricultural businesses also use the cow symbol predominantly.

It sends out a strong/positive message of being loved, generous, fertile and nurturing.

Just like a cow, a deer also hold mythological ties which date back to ancient Greece. Goddess Artemis, the incredibly famous goddess in Greek mythology considered deer a sacred animal.

Deer adds the element of naturality in a specific business. It sends out energy, independence, and regeneration.

Brands which prefer to include deer within their logo strongly invest themselves in developing independence and a sense of adventure.

Some great brands which use Deer as a symbol to attract audience attention are The Marvel Gold, Deer Vista, Deer Valley Resort, etc.

What comes to your mind every time you see a Wolf in a logo design? Wolf is a cultured animal that hunts in packs. It is a loyal animal that does not turn its back on its comrades.

Using the wolf symbol in your logo will represent loyalty, communication, compassion, friendship, and intelligence.

At the same time, the Wolf also symbolizes power and togetherness and builds up trust among people.

Many businesses using the Wolf logo as a branding element conveys trust and power which a wolf may possess. And that’s what mostly lands them good leads and powerful sales compared to rest.

So these are some of the animals that I believe are great to be used in logo designs. Which animal do you think can portray the right traits of your business? I hope this article did help you pick the best.

Myself Sachin the Editor and Admin of Techmediatoday. For Me Night is Day & Day is Night and Online Gaming is a serious sport. You can reach me at admin@techmediatoday.com