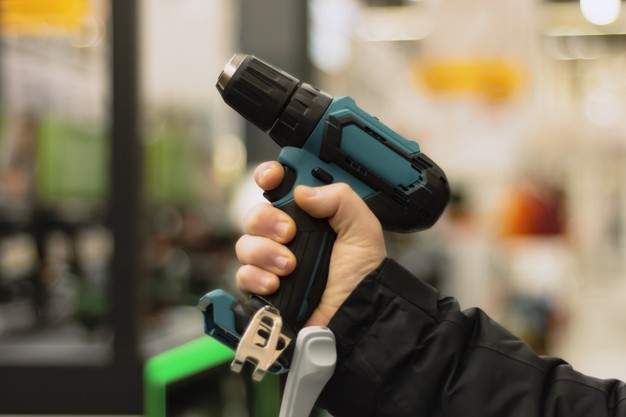 The development of the lithium-ion battery has transformed the modern construction industry, creating a whole range of improvements in efficiency and safety. It’s allowed for the creation of truly cordless tools, built around the industrial battery, which are just as powerful and effective as those that plug into the wall.

So what are the advantages of going cordless?

Trailing cables are responsible for thousands of accidents every year. They’re listed by the Health and Safety Executive as a leading cause of slips and trips, alongside uneven and wet surfaces.

Naturally, if you’re operating a power tool at the moment that you experience your trip, then you’re more likely to suffer a disastrous injury.

If we can get rid of cords, therefore, we’ll eliminate a sizeable number of avoidable accidents – and get a considerable boost in productivity from reduced absenteeism.

As well as creating the opportunity for accidents, cords are also an impediment to workers being able to actually get the job done. Workers don’t need to find somewhere convenient to plug the tool in or carry bulky extension cables across the site. Moreover, they don’t need to deal with the weight of the cable itself.

Also Read: Reasons Why Investment in Configurators is Profitable for B2B Manufacturers

In bygone days, you’d have to worry about the possibility of your battery running out midway through a job, and having to spend time waiting for it to recharge. As well as being an annoyance, this was a severe dampener on productivity.

Mercifully, this isn’t a problem anymore, since battery run-times and charge rates are such that we can get by with fewer packs. Today, many tradespeople keep a selection of batteries to hand, so that they can be rotated between a group of people while the spares are constantly charging.

4. No compromise on power

In all but a minority of cases, lithium-ion batteries provide a level of power that’s on a par with their plugged-in equivalents. As such, there’s no need to worry about compromising on performance when you go cordless.

Most power tool manufacturers now provide batteries that can be swapped between entirely different tools. As a consequence, there’s never a shortage of batteries available, and there’s no need to waste time and money looking for a particular, specialized kind of battery for a given job.

The next major milestone in battery technology is the so-called solid-state battery. These won’t have any liquid components at all and will yield tremendous improvements in longevity, charging efficiency, and power density.

Given that the development of new and improved batteries is a critical frontier in the world of transportation, we should expect to see batteries of this kind hit the market sooner rather than later!