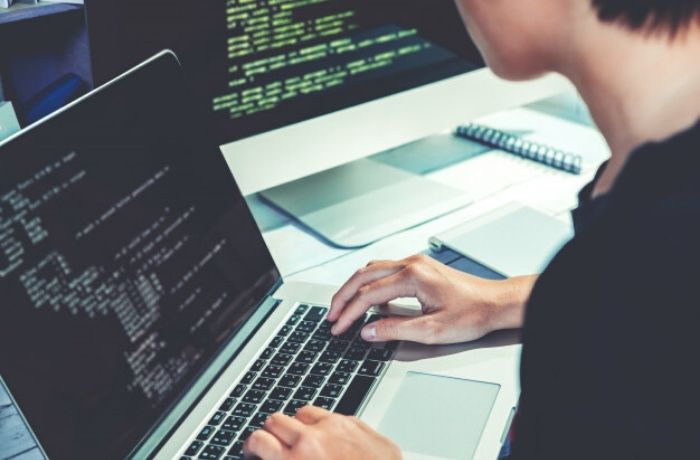 IDE stands for “Integrated Development Environment”. This is mainly a software package that consists of tools that are used for testing and developing software and programming. A developer or programmer uses many tools like libraries, compiling editors, and testing platforms.

Python is one of the most useful programming languages. That was developed in the Year 1991.

In admiration of Python’s benefits, we are taking a look at the top Ten IDEs for Python.

It is a very popular IDE that is a cross-platform that the text editor of developed on Python and C++ also has a Python API.

Sublime Text is the best IDE to develop in such a manner that it supports many other programming and mark up languages. It allows a user to add other functions with the help to install plugins successfully. Sublime Text is more reliable when compared to the other code editors as per programmers’ review.

Thonny IDE is one of the best IDE for the beginner Programmers, who have no previous experience to learn Python development coding.

This is very simple and basic in terms of various features, which even the new developers can easily understand. Thonny is very supportive of all users who use practical coding.

Eric Python is very powerful and rich in features of Python IDE. It is an editor that is developed in Python itself. Eric Python can be used on daily activity or for the specialized of developers as well.

It is developed on the cross-platform QT toolkit which is integrated with a flexible Scintilla editor. Eric has an integrated plugin system that provides a simple extension to the IDE functions.

IDLE is a popular Integrated Development Environment useful for Python and it has been included with the default programming language. It is one of the best IDE codings for Python.

IDLE is very easy and having basic features in IDE which is primarily used by the beginner at the level of developers that beginners want to do practice on Python Development. This is cross-platform. However, It’s helping the trainee/Beginner developers a lot. The developer can moves to more advance in IDE after learning the basics.

Atom is a free source code editor for Python. It is basically a desktop application which is developed through a web technology with having the plugin support that is programmed in Node.js.

ATOM is based on atom shells which are a framework that helps to attain cross-platform functionality. The best thing about ATOM is that is can also be used as an “Integrated Development Environment.”

Jet Brains is created as one of the widely used PyCharm in Python IDE. This is one of the best IDE Code. PyCharm is used for all programmers that need for creative Python development.

With PyCharm, the programmers can write an orderly and maintainable code. It helps to be additional productive and gives a smart assistant to the programmers. PyCharm can take care of the routine activities by saving time and thereby growing profit accordingly.

Rodeo is one of the best IDE for python use. It was developed for data science-related activities that like taking data and information from different assets and also plotting for an issue.

RODEO supports cross-platform functionality. It can also be used as an IDE for an experiment in an interactive manner.

PYDEV is basically an IDE coding that is used for Python programming. This is linear in progress. This is mainly focused on the refactoring of debugging in the graphical pattern, python code, analysis of code, etc. It is a strong python explainer.

As this is a plug-in for the eclipse it becomes suppler for the programmer to use the IDE for programming of an application with so many features. In an open basis IDE, it is one of the most favourite Python IDE for many programmers.

SPYDER is the big name in the IDE market. This is a good quality python compiler.

This is famous for python development. It was mostly developed for engineers and scientists to provide a powerful scientific environment for Python. It offers an advanced level of debugging, edit, and data exploration features. This is very extensible with having a good plug-in system.

The wing is also a powerful and popular, IDE in today’s market with a lot of good features that the programmer requires for python development.

It comes under the smart editor and strong debugger that makes the interactive Python development speed, accurate and fun to perform. Wing IDS also provides a 30-day trial version for the programmer to have a taste of its features.