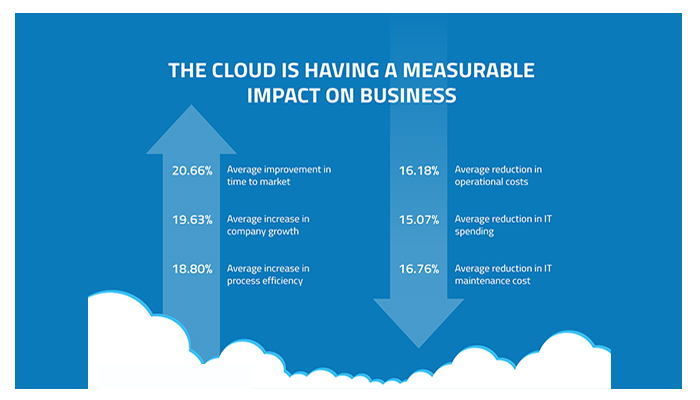 Latest advancements in the field of technology are always aimed to make the world a better place. These inventions and discoveries do not only benefit the technological landscape but in various ways, they are aimed to touch every part of the world.

Be it the healthcare sector or the agriculture sector, the cutting-edge technologies are making every field a lot more powerful. When it comes to the modern buzz words, cloud, IoT and Blockchain, all of these have a major role to play when it comes to helping the planet!

How Is Cloud Computing Technology Helping the Business World?

Cost technology is mostly the number one advantage that cloud computing experts have to offer when it comes to selling services to companies. This isn’t astonishing that as per some of the recent reports, we can clearly see that companies which are not yet accepting the cloud technology are lacking behind the ones who are using the power of the cloud.

One of the biggest advantages of using the cloud is that it is quite easy to operate. The users do not really have to spend a lot of money or put in a lot of resources in order to manage the cloud. The infrastructure is very simple and as it functions on its own servers via a firm whose only job is to make the cloud work perfectly, and thus, it is a lot more bug-free.

Using a cloud has turned out to be pretty economical for the businesses as compared to doing the same kind of work on their own servers. Usage of the cloud has completely transformed the way IT services, infrastructure, as well as the software, runs. It has helped to limit the requirement of large sums of capital investments.

How is IoT helping the world?

The IoT gives seamless interconnectivity among various everyday objects loaded with sensors, microprocessors, and transducers to form a network that can separately sense and collect data, continuously examine it, and make programmed tasks when the situation calls for it.

After collecting the required data, it turns it into intelligence either with the help of data analyst or artificial intelligence and then it takes a decision as per the outcomes, old data and old actions (machine learning).

IT Security in the Financial Institutes or Banks

Financial institutes and banks hold plenty of confidential information which is always quite prone to the cyber-attacks. With the help of some of the finest IoT based programs or tools, the banks can easily prevent their systems from the attacks.

IoT devices are basically used in the agricultural set up to analyses the status of crops. It helps the users to get accurate, real-time data with the help of the sensors.

Various IoT agricultural tools are making it possible for the users to collect very meaningful data which helps them to perform better.

Farmers have started understanding the capabilities of the IoT market for agriculture, and they have started installing more and smarter technologies to amplify the competitiveness and sustainability in the productions. IoT can very well support the rising demand in the field of agriculture as well.

How is Blockchain helping the planet?

Blockchain was basically made as to the means through which Bitcoin may be legitimized as a genuine electronic currency. This is how Blockchain can be advantageous to the world:

Less cost of the transactions

Blockchain, as we know, makes it easier for the peer-to-peer transactions or even the business-to-business transactions to happen flawlessly without the involvement of any third party that in most of the cases is – a bank.

Since there’s no middleman involvement tied to blockchain transactions, its Eradication of any sort of middlemen directly implies that the costs involved in this technology are comparatively lesser.

Most of the Blockchain transactions are done directly between the parties without any sort of middlemen, and only with the help of the digitized data. Therefore, the rate of efficiency is automatically higher as well as quicker.

As it has the ability to run ‘smart contracts’ that automatically trigger commercial activities as per the criteria written in the contract, therefore, the method is further streamlined.

Cloud, IoT, and Blockchain, all of these are some of the best technological inventions in the present world. And, all of them make the planet a better place in a host of different ways.

In fact, all of these combine with other technologies like Artificial Intelligence to function in a more superior manner. Also, there is a lot that has been talked about the amalgamation of IoT and Blockchain.

Myself SachinReddy Chidurala the Editor and Admin of Techmediatoday. For Me Night is Day and Day is Night. You can reach me at [email protected]