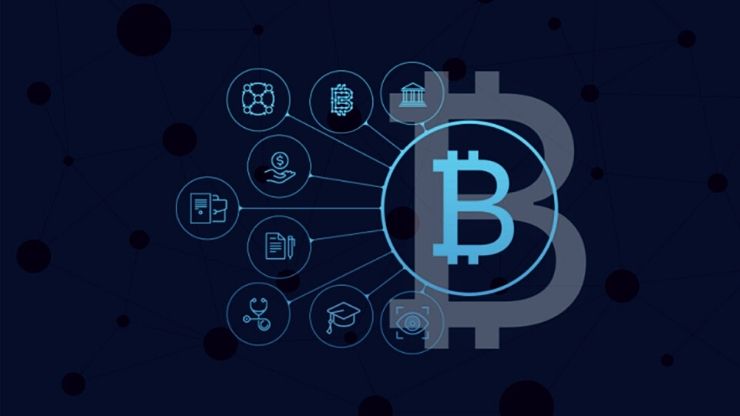 A blockchain is a timestamped series of immutable transactions that are managed by a cluster of computers using special computer algorithms. These immutable records are not owned by any single entity. The block in blockchain refers to the individual blocks of data, which are tied to each other using cryptographic chains.

Blockchain is a decentralized P2P network of nodes. Each node in a blockchain shares the same copy of data, also called the digital ledger. Each node present in the network uses the same algorithm to reach a consensus.

The biggest advantage offered by blockchain technology, which comes in particularly handy while dealing with digital currencies, such as Bitcoin- is that the information is visible to everyone on the network, which renders anyone on the network accountable.

The three principles that enable blockchain technology to project transparency include decentralization, transparency, and immutability.

Blockchain technology is also called Decentralized Ledger Technology (DLT), as each node in the network keeps the same copy of the ledger. Please have a look at the following diagram:

Bitcoin was first launched in January 2009; it became popular shortly afterwards. A lot of people began to use Bitcoin and other cryptocurrencies for monetary transactions.

By the end of 2013, the value of one Bitcoin had reached the US $20,000 and investors in Bitcoin had made millions of dollars of profits.

A blockchain is a series of data blocks linked together via their serial number or Hash. This concept was originally invented in 1991 to timestamp documents to prevent their fraudulent manipulation. A data block consists of the following parts:

2) Serial number of the current block:

It is also known as the Hash of the current block. It is a unique alphanumeric code (like a fingerprint) that identifies the block in the blockchain network.

An interesting feature of the Hash is that if the data inside the block changes (which is very rare), the Hash of that block changes too. In other words, it has a totally different identity now and is no longer the same block. Hashes are useful in detecting changes (hacking) in the blockchain network.

3) Serial number of the previous block:

If the hash of a block changes (as a result of data change), it will make all of its following blocks invalid. To make them valid again, the previous hashes inside the following blocks have to be changed accordingly.

Previously, we had discussed that if the data in a data block is changed, its hash also gets changed automatically and a change in a data block’s hash will make the subsequent data blocks invalid.

How to know Authorized and Hacked manipulation

The digital signature for the data changes is given when the money sender logs into the blockchain network via his ‘Private Key’ and manipulates the transaction data himself.

This technique helps in determining whether the changes made in a blockchain network are genuine or not.

Multiple nodes make up a distributed blockchain network. All nodes share a common ledger where transaction records are stored.

When some nodes in the network go down, they can continue operating safely up to a certain limit.

A blockchain network does not have centralized control. The network’s resistance to attacks is maintained by the miners who are putting their processing power (using nodes) into use to guard against malicious attacks.

These miners earn some incentives to keep the network safe by behaving honestly. This is done by using the distributed network and cryptographic techniques.

This is a protocol that ensures that all nodes participating in the network ensure the safety of the network. All nodes use a consensus protocol to reach a consensus and discard the blocks generated by the attacker/bad node, to avoid catastrophic system failure.

Also Read: How Blockchain is Shaping the Healthcare Industry

Traditional banking systems can be slow in some cases, as they need additional time to process a transaction. For example, cross-border payments. However, with blockchain technology, there are no intermediaries and transactions are faster.

Every transaction that happens on the Ethereum blockchain is immutable. Once the smart contract code is deployed, it will remain on the blockchain forever.

Anyone can see any deployed smart contract any time in the future as well, just by putting its contract address on the block explorers.

Each individual entity/person has their own wallet’s public and private keys on the blockchain network. Using those wallets, they are in full control of their assets and the privileges available for those wallets. Blockchain assures that the ownership of a person’s data is in their hands.

However, an individual can only maintain full control over their cryptocurrency or data when they own the private keys of their wallet.

Blockchains keep their transactions in blocks. Multiple transactions are coupled together and stored in a new block. Next, that new block is appended to the chain of previous blocks. This keeps all the blockchain transactions maintained in chronological order.

Asymmetric cryptography is used for wallet generation and transaction signing using the Elliptic Curve Digital Signature Algorithm (ECDSA). All transactions are packed together using the Merkle tree and SHA-256 cryptographic algorithms. This makes blockchains secure and reliable to use.

The distributed ledgers allow the coding of simple contracts that are going to get executed when a set of specific conditions are met. At this stage of technological development, smart contracts can be programmed for performing simple functions

By enabling peer-to-peer payments, the Blockchain has opened ways for directing interactions between the parties, which is a genuinely decentralized result of economy sharing.

Making the results fully transparent and accessible to the public, the distributed database technology can bring full transparency in elections or any other processes which involve poll taking.

The distributed ledgers can provide an easy way for certifying the genuineness of the products being purchased. Transparency is achieved by a Blockchain-based time timestamping of a date and location which can correspond to a product number.

The decentralized file storage brings in a lot of benefits. Distribution of data throughout the network can protect the files from getting hacked or lost.

The crowdsourcing of predictions on an event is proven to have a higher degree of accuracy. Averaging opinions can cancel out the unexamined biases which could distort the judgment.

There has been an increased need for better identity management on the Internet. The ability to verify an individual’s identity has remained the anchor for all the financial transactions happening online.

The distributed ledgers have offered enhanced methods for proving an individual’s identity along with the possibility of the digitization of personal documents.

The practices of anti-money laundering and KYC practices are becoming a strong potential that needs to be adopted by the blockchain technology. The financial institutions need to perform a labour-intensive multi-step procedure for `every new customer.

The KYC costs can be reduced by cross-institutional client verification and also increasing the monitoring and analysis effective at the same time.

This description is very much a layman’s way of explaining the complex and occasionally convoluted inner workings of all of the processes occurring to make the blockchain work. In reality, much is done with complex mathematical equations that are being processed several hundred times a second to ultimately make a cohesive system.

In the simplest terms possible, the blockchain allows for the public, the traceable ledger of all transactions made with Bitcoin, to preserve the integrity of the system.

Great stuff!! Thank you for posting.