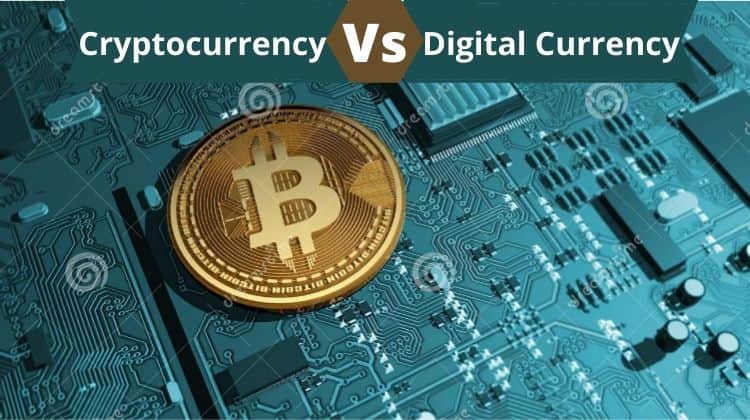 The latest technological trend to take over the fin-tech space is the advent of digital currencies, including cryptocurrency such as Bitcoins. Even though they are rife with complexities, digital and cryptocurrencies are a new way forward in the field of finance and technology.

What exactly Digital Currency is?

Cryptocurrencies are a type of digital currencies that are algorithm powered and are used as tokens in online communities. These currencies are used for peer-to-peer payments and can be generated by solving complex algorithms using computers. Bitcoins are a popular form of cryptocurrency.

Cryptocurrencies use blockchain, which is a decentralized ledger, to ensure that no single individual or authority can get to control the operations.

What are the differences between cryptocurrency and digital currency?

Here are the main differences between cryptocurrencies and digital currencies in a simple tabular format.

With newer forms of digital and cryptocurrencies being launched in the market, there is a lot of potential for a career in the domain. If you want an exciting and interesting career and come from an IT background, you can pursue a career in blockchain and digital currencies. You can use the option of online cryptocurrency course to fast-track your career in this domain.

Now I have understood what exactly the cryptocurrency is !! thanks for sharing value contents here

How To Kill Boredom in Quarantine Time