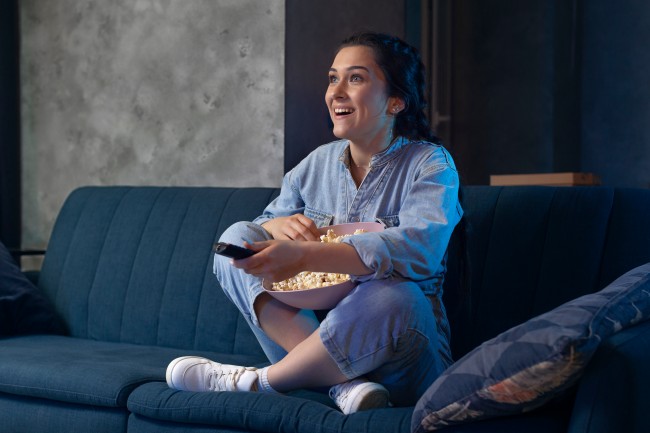 Online streaming services make it easy and convenient to watch TV shows. However, choosing a show to stream can be overwhelming due to the vast array of content available.

In this article, we’ve compiled some of the best shows to watch in the UK for free on streaming web portals.

Stream it here on BBC iPlayer

This is perhaps one of the most famous crime drama TV shows in the UK and beyond. It’s based in the early 1900s and follows the exploits of a gang by the same name led by Tommy Shelby (Cillian Murphy). The final series (6) premiered in February 2022.

Taskmaster is a popular comedy show hosted by Greg Davies. Comedians on the panel are assigned various challenges to test their creativity and humor.

Gogglebox is a reality TV show where families and groups give their observations and reactions to content airing in the previous week. The first series debuted in 2013, while the 19th season began in February 2022.

4. The Great British Bake Off

This is a baking competition television show where amateur bakers compete to impress a panel of judges. Elimination is done in each round, and the winner is picked from the contestants that reach the final.

Derry Girls is a teen sitcom inspired by the experiences of its creator and writer Lisa McGee growing up in the 1990s. It is based in Northern Ireland, with most scenes shot in Belfast and Derry.

This science-fiction television show explores various themes such as sexuality, existentialism, and human corruptibility. The show follows the exploits of a team of alien hunters from the fictional Torchwood Institute that deals with extraterrestrials incidents.

Doctor Who is one of the most iconic science fiction shows in the UK that has been airing since 1963. It follows the adventures of an extraterrestrial being called ‘the Doctor’ who fled the planet of the Time Lords. He travels the universe in a time-traveling spaceship known as a TARDIS.

This is a crime drama series that is based on the personal and professional life of police sergeant Catherine Cawood. She struggles to come to terms with losing her daughter to suicide and is now divorced and living with her sister.

Spaced is a sitcom that involves the misadventures of 20-something North Londoners. They coincidentally met in a café while house-hunting, and despite barely knowing each other, they pretend to be a couple to acquire an apartment.

Inside No.9 is an anthology television show that combines dark humor with genres like horror, crime, and drama. Each episode has a new story with new characters and settings.

The Inbetweeners is a popular British sitcom that premiered in 2008. It follows the mishaps of a teenager Will McKenzie (Simon Bird), together with his friends Neil Sutherland (Blake Harrison), Simon Cooper (Joe Thomas), and Jay Cartwright (James Buckley). The shows involve situations in school life, friendship, lad culture, male bonding, and teen sexuality.

The Brass Eye is a comedy show that satirizes the portrayal of social ills by the media. Its name combines Brass Tacks and Public Eye – popular current affairs shows in the UK. The first episode aired in 1997, and a special episode in 2001.

This television series follows the lives of three gay men in Manchester’s gay village around Canal Street. The show is written by Russel Davies and directed by Charles McDougall, Menhaj Huda, and Sarah Harding. It was later remade on Showtime in the US.

This is a sketch comedy series with themes such as latent lesbianism, competition in the workplace, and unsuccessful relationships. It stars Fiona Allen, Sally Phillips, and Doon Mackichan.

Toast of London is a British sitcom starring Matt Berry as Steven Toast, an eccentric stage actor with myriad personal problems. It is a hilarious show, and you’ll enjoy it.

The Fall is a crime drama TV show filmed and set in Northern London. It stars Gillian Anderson (of X-Files fame) as Police Superintendent Stella Gibson and Jamie Dorman as the serial killer.

This is a horror parody television series released in 2004. It follows the 1980’S drama series cast set in a dark hospital above the gates of hell. The show is created by Mathew Holness and Richard Ayoade, who are also the stars.

It is a sequel to the Toast of London, where Steven Toast goes to the US to break into the international market. Steven has resolved to win back the respect he believes he deserves.

The Responder is a police procedural TV show starring Martin Freeman, MyAnna Buring, Ian Hart, and Adelayo Adedayo. It follows the struggles of Chris Carson (Martin Freeman), a police inspector who has been demoted to a first responder on the night shift.

The Only Way is Essex (TOWIE) is a reality television series set in Essex. It follows the everyday life of the cast involving an aspiring model, a club promoter, and a girl band member.

It is a comedy-drama TV show based on a book by the same name. The mini-series portrays the story of Jeremy Thorpe, a Liberal Member of Parliament, accused of conspiracy to murder a gay ex-lover.

This is also a drama television mini-series that is a follow-up of the Very English Scandal. It dramatizes the marriage of Ian Campbell, 11th Duke of Argyll, and Margret Campbell, Duchess of Argyll. The series also shows the buzz surrounding the 1963 Argyll v Argyll divorce case that was highly scandalous.

Black Books is an iconic sitcom that follows the lives of a bookshop owner Bernard Black (Dylan Moran), his assistant Bailey (Manny Bianco), and friend Greig (Fran Katzenjammer). The show involves a multiple-camera setup and is filmed in Teddington and Bloomsbury, London.

The Peep Show is a sitcom starring David Mitchell and Robert Webb. It follows the lives of best friends Mark Corrigan (Mitchell) and Jeremy Usbourne (Webb), who share a flat in Croydon, London. The series uses point-of-view shots, allowing you to see through the characters’ eyes.

Stream it here and here

The priests were exiled to the Island and lived together in the parochial house with their janitor Mrs. Doyle (Pauline McLynn).

This crime thriller series follows seven strangers forced to work together for community service in Bristol. They discover a bag full of money but are unaware dangerous people are searching for it. The cast includes Christopher Walken, Rhianne Barreto, Stephen Merchant, Gamba Cole, etc.

Stath Lets Flats is a sitcom created and co-written by comedian Jamie Demetriou. He stars a Stath, a socially incompetent working as a letting agent in his father’s company. Other casts in the show include Natasia Demetriou, Christos Stergioglou, Katy Wix, etc.

This television drama show stars Rob Lowe as Chief Constable Bill Hixon. He relocates to Boston, Lincolnshire, with his daughter after being sacked in Miami, Florida. Hixon is hired as head of the East Lincolnshire police force, but his colleagues aren’t amused with an American officer.

There is a wide variety of British shows, and this is just a drop in the ocean. However, the list involves different genres, and we hope you’ll find a TV show you can enjoy.