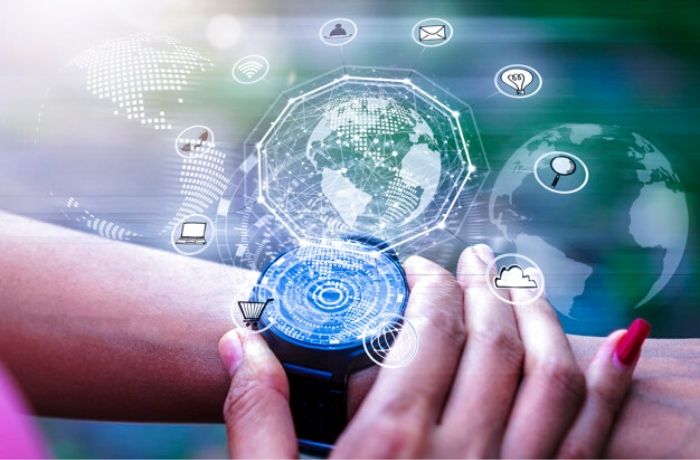 Smartwatches and other wearable devices are at the heart of just about each discussion related to the Internet of Things (IoT). It’s becoming an essential segment in the consumer electronics industry nowadays, as well. Its sales revenue, along with its global shipment, has dramatically increased in recent years and projected to grow around 73 billion USD by 2022 gradually.

Due to its heightening demand, smartwatches’ specs are expected to inevitably evolve from time to time, resulting in a variety of models. This gave consumers a chance to choose a certain smartwatch that suits their taste and needs.

Having a lot of options, however, might be a big deal for other indecisive buyers. If you’re suffering from the same issue or you need more information about smartwatches, you’re in the right place. Be it for fitness/health-focused gadget or companion devices, here are a few things to keep in mind before buying a smartwatch.

For those who don’t know, the OS or operating system is basically the software that primarily supports the basic functions of most electronic gadgets (e.g., smartphones, smartwatches, computers).

A smartwatch’s OS goes hand in hand with your device compatibility. In simple terms, it’s an accessory to your phone. Whatever wearable OS you opt for will largely depend on what kind of handset (phone/tablet/computer) you’re using.

Let’s use the two dominant platforms these days—Wear OS (Google) and WatchOS (Apple)—as examples. It’s simple. Wear OS is compatible with any iOS and Android devices, while WatchOS solely functions with iPhones only. So when you’re planning to buy a smartwatch, consider its compatibility with your phone.

LCD/AMOLED displays consume too much battery life. Smartwatches allow you to run programs in it, making it a “smart” watch. You can get messages, receive social media notification alerts, answer calls, view photos, check schedules, and many more. All of these run at once at times and are colored displays, so there’s no wonder why some smartwatch batteries die sooner.

Smartwatch companies, however, are improving their devices’ efficiency. Some developed the so-called OLED display, which is thinner than those of LCDs. It’s believed to consume less battery life. In addition to lengthening power, current devices can show the time without waking the screen too.

Louis Vuitton, Emporio Armani, Movado, Tag Heuer, and other luxury brands also went on board with the smartwatch bandwagon. Of course, as their names sound, they’re more into fashion-forward, android wear devices. Most of these luxury smartwatches are rounder, smaller, and slimmer. And yes, that means they tend to have a smaller touch display.

If you think you’ll be getting robbed by it, physical buttons will always do the trick, or better yet settle for traditional watches. Open Thewatchcompany.com for some simple yet elegant old-school aesthetic timepieces. It’s always a matter of preference.

This day and age is the uprising of touch screens. While most touch screens appear to be trendy, it can be a nuisance in terms of smartwatches as they tend to have smaller touch displays. Gesture-based interfaces are existing now, but they’re not yet intuitive as you want them to be.

Other devices can allow you to navigate apps through flicking your wrists, though. If that seems weird for you to do, Samsung S3 Frontier and Gear Sport have bezel rings that you can rotate and use to navigate through menus. Voice control options can be utilized in controlling the apps too, but they have only limited access for now.

Activity tracking is one of the most functional features of smartwatches. These devices have built-in pedometer and GPS that can track your steps and pacing. You can receive calls while at the same time record how far you ran/cycled without any inconvenience.

It’s used to track health and fitness, as well. In fact, up-to-date devices have been focusing on women’s health. For example, the Versa can record a female’s monthly period cycle and compare it to other health stats, such as sleep period and food intake.

There’s a hearsay that other companies are designing a feature that can detect women’s ‘safe’ days too. Other than that, most smartwatches can check one’s body temperature, blood pressure, and heart rate these days.

Smartwatches mirror smartphones. You can access a lot of mobile apps with smartwatches, except playing games and watching videos. With specific apps on your smartwatches, you can even pay bills or use it as a remote to control Spotify or Netflix from your wrist using the app  Unified Remote Full, for example.

Battery life is the number one disadvantage of any smartwatches. Given that you’ll use a lot of power-hungry apps, it wouldn’t last for two days or even a day, for sure. Forgetting to charge it means having a dead watch the next day. If you’re busy and don’t have time to charge smartwatches, it would be for your good to opt for traditional watches.

Slyvia Hopkins is a writer and blogger. She can be found writing content about flow measurement and technology. Sylvia enjoys her free time seeing live music, biking, and fishing.