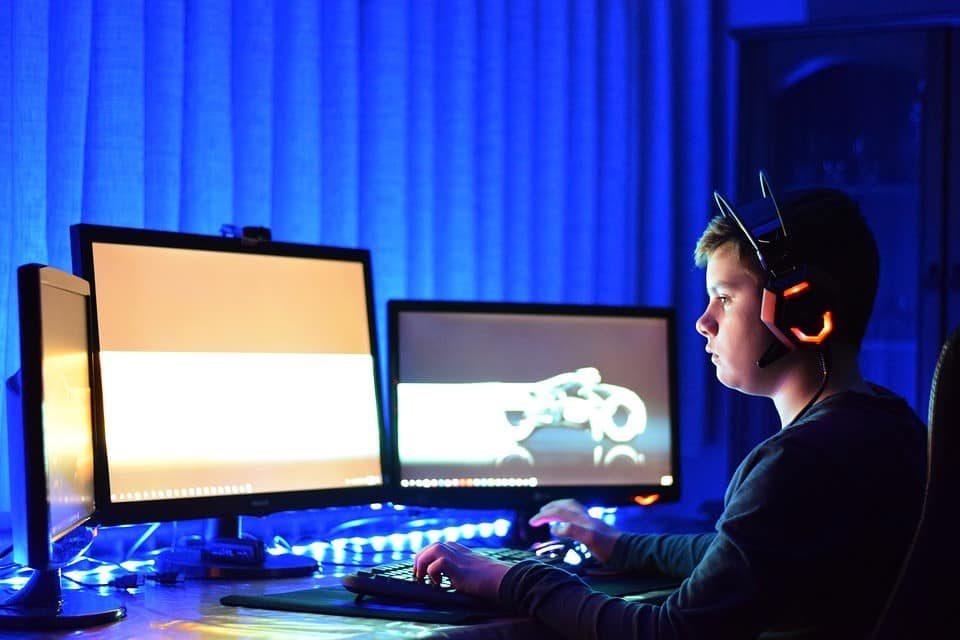 There is no industry today that is not impacted by the technology and the everyday changes transpiring in the world of technology! If we talk about the gaming industry, we can say that technological advancements transitioned the face of games long ago and the transition hasn’t stopped ever since!

Every day, we can witness newer games hitting the market, making gamers obsessed with their highly immersive interface, realistic graphics, and fascinating storylines. Above all, the improvement in the quality of gaming software and hardware is worthy of all the appreciation!

Now, if you’re a hardcore gamer and have been chasing your passion for gaming for a while now, you must have witnessed every bit of these technological changes and advancements. However, if you’re not paying heed to whatever is changing in the world of gaming; let us fill you in on the same!

Here is a list of the 7 latest technologies that are modifying the gaming industry and making it a better place for all of us! Let’s explore:

Think about gaming back in the ’90s and now think about gaming today! Where on one hand the old-school controllers have been replaced by something like best gaming mouse bungee, the graphics of games from both these eras are also just irreconcilable.

From the old-school Nintendo games to today’s VR games, the advancement in-game graphics is just indescribable. The evolution of video games can be explained by these major eras or popular video games from different eras – Pac-Man, Super Mario Bros., GTA, Call of Duty, PUBG, and Doom.

It is a whole series of technological advancements throughout the decades and things have drastically transformed now. And this doesn’t stop here! Technologies like Ray Tracing are taking game graphics to a whole other level! We don’t know where it will stop! Will, we ever reach the perfection of graphics or will we just keep going? We will have to see!

There are two major benefits of using facial recognition for gaming. First is to prevent under-aged players from playing age-appropriate games and second is for the sake of aesthetics and user experience.

Now, for the former, we can take an example of China. According to reports, the Chinese tech giant Tencent used the facial recognition technology for the first time to prevent children under the age of 12 years from playing certain video games.

This was done for the game ‘Honor of Kings’, a multiplayer online battle royal game. The company mapped and scanned the faces of its random players and matched the same with China’s database of citizens. This helped them keep the under-aged players away from entering the game and was a win-win!

The other benefit of facial recognition can be seen in player creation and design. Gaming experiments have been carried out by many gaming companies where they scanned the faces of their players and used the facial recognition technology to give their gaming character, the player’s face. This is great for the aesthetics of the game and the enhancement of user experience.

We cannot help but bring AR and VR into all gaming discussions because these technologies are doing amazing things in the world of gaming. Right after the world was swept off by the highly engaging Pokemon Go, AR/VR is the most sought after technologies by gaming companies.

Though there have been hints of augmented reality and virtual reality in games before now, the gaming industry is witnessing the extreme usage of these technologies. The AR/VR technology is in great demand because it provides the needed thrill to the gamers. With the graphics getting more and more realistic with this technology, things have really taken a good turn in the direction of AR/VR gaming.

Gesture control is another technological advancement that the gaming industry has adopted. With gesture controls, the AR/VR games can be enjoyed to the cores. This is why the famous VR headsets like Oculus Rift also come with gear that controls gestures and allows you to play real-time!

With gesture controls, mobile and PC video games have reached a whole new level of fun and adventure. Gesture controls, paired with VR games make the best fun for gaming enthusiasts. So, if you’re into the latest technology of gaming, bring home the gaming systems like the Oculus Rift that comes with VR headsets and gesture controls.

Gaming enthusiasts that are not as much into gaming gears as other gamers are really looking forward to cloud gaming. Now, why this gaming fascinates gamers is because of the idea behind it. Cloud gaming will allow gamers to get online and play video games regardless of the system, operating system, gaming gear, or graphics cards they have.

The games are played and enjoyed on the cloud and all you need to enhance your gaming experience is high-speed internet. So, cloud gaming is one of the best gaming technologies that people are really looking forward to. It delivers better gaming experience and cuts down the worries of investing in upgraded games and buying newer gears like best gaming mouse bungee.

With facial recognition being a thing, how can voice recognition stay behind? Voice recognition has brought a great transformation to what we call the overall gaming experience. Now, gamers can give voice commands to their gaming consoles and get things done.

You can turn your console on and off, pick games, change tracks, and search the web with the help of this technology. Just speak whatever you want to get done into your microphone and your smart gaming system will do the same. This has made things simpler and quite a lot convenient for gamers and they don’t have to stop in the middle of their game to get these small things done.

What would you do with good graphics if you don’t have the right display to enjoy them on? Well, the tech-heads have taken care of that and have come up with some seriously amazing display technology! While back in time 1080p was said to be the highest display resolution, now the gaming industry has even surpassed the 2K resolution and 4K (4000p) is the new cool!

When introduced, the displays with such high resolutions were quite expensive in the beginning, be it TVs, laptops, or monitors. However, with their growing recognition, competition, and demand, things have mellowed down a bit! So, gamers can now easily invest in the high-definition displays for their gaming gears and enjoy the depths of high-quality realistic graphics.

With these upcoming and ongoing technological trends, the gaming industry is doing much better than the previous years. Things have grown a lot and innovation hits the industry every day. So, for gaming fanatics, there’s always good news almost every day and they have a lot of newer things to enjoy! If you’re one such gaming fan, keep in touch with us to stay updated about the latest gaming trends.

Myself SachinReddy Chidurala the Editor and Admin of Techmediatoday. You can reach me at [email protected]