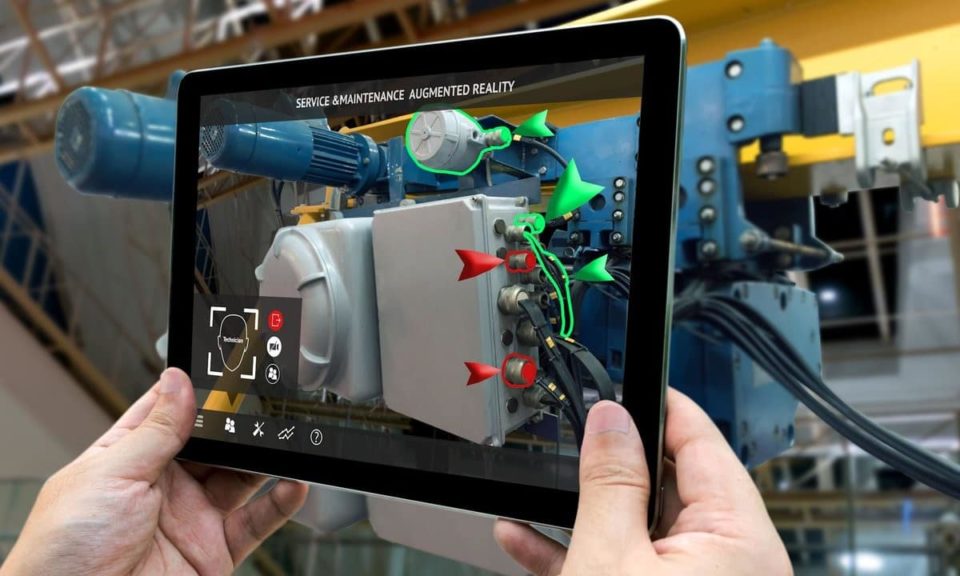 If you imagine gamers with bulky headsets attached to a large screen TV in a dark room when you think of virtual reality, you are not alone – but you are incorrect. Virtual reality and augmented reality have come a long way from being isolated to gamers and headsets.

The incredible technology, which tracks a user’s head and eye motions to correspondingly adjust the images to appear three-dimensional and life-sized to the perspective of the user, is growing in several new applications.

This article will name some advances in the beauty, healthcare, and grocery industries and describe how both VR and AR have applications far outside gaming.

Most people don’t even know that they already have access to AR at their fingertips. Virtual reality / augmented reality is used on a daily basis by anyone and everyone who uses the Snapchat filter.

After the filter was developed in 2015, beauty giant L’Oréal was sure not to miss an opportunity. By June 2016, the company had created their very own, and a first of its kind, Snapchat filter.

Shortly after, in October 2016 L’Oréal released yet another filter. Since then, numerous brands and apps alike have launched filters with Snapchat, in which you can try or try-on their products.

L’Oréal may have been the first, but Sephora remains in the front. Sephora is changing the face of beauty and VR/AR.

Original versions of the Sephora app used AR to allow its consumers to put on makeup via a tutorial mode that consisted of two steps: show the brush where to apply it, then apply it.

Virtual reality in education is taking the world by storm. It is said that ultimately VR can bring equity into the classroom. This might sound like an oxymoron considering most VR headsets are upwards of $500 a piece, but equity in the classroom is the name of the game.

Have you ever considered what education looks like for individuals with lower socioeconomic economic profiles?

Even a simple field trip may not be affordable, which means these individuals lack the opportunity for education in these scenarios. VR can change that.

With VR, a field trip to the zoo that was otherwise too expensive or too far is now at reach for students.

VR can make speaking with victims of the Holocaust possible or travelling back in time to some of the most historic events meaningful while becoming immersed in the experience like never before. VR in education may have some of the biggest future implications.

If you thought VR was all about the entertainment industry, then you haven’t heard much about its vast implications in healthcare. VR is improving the lives of both patients and doctors in a variety of ways.

This works for two reasons. First, being fully immersed in a beautiful, relaxing, virtual world is the ideal way to take a patient’s mind off the pain, therefore lessening it.

Second, VR can increase the effectiveness of other treatments – in this case, meditation. Individuals are much more likely to meditate when they are in a peaceful state, such as in a virtual paradise.

The benefits of virtual reality don’t stop with physical health and pain. One of the first uses in the medical field was with mental health patients.

Those with conditions ranging from PTSD to schizophrenia have benefitted from VR. In a similar way to pain management, VR creates a place for these individuals to escape to.

These worlds are often less difficult, less depressing, and less anxiety-reducing, to help lessen their symptoms with the disorders.

This is a much better alternative than anti-psychotic medications, or even going into rehab or therapy facilities, which can still cause anxiety.

Although assisted living is meant to assist the lives of those who need the most care, it can unintentionally have the opposite effect.

Many individuals in assisted living experience the isolation-trap in which they spend significant time alone, in their rooms, without interacting with anyone.

This is often due to feeling left out from the rest of the world, especially family when living in assisted care facilities.

The solution? Virtual reality. VR can bridge the gap between isolation and freedom. These experiences are far from isolating and can improve the quality of life for assisted living individuals.

Most people aren’t aware that in some places, like France, you can already buy your groceries in a VR world and have them delivered to you, without ever leaving the comfort of your home.

This is different from simply online shopping because VR allows you to virtually walk down the aisles and handpick your food.

The technology has not been completed for produce yet since produce must be chosen individually based on the quality.

Some places have experimented with the idea, which includes a virtual assistant informing buyers about the quality of the produce. All this can be done while the total appears on your screen.

5) Other Implications of VR

Virtual reality is quickly becoming a common reality in a variety of industries. Industries are noticing the potential benefits of VR and quickly capitalizing.

Other industries that rely on AR and VR include space exploration, museums, courtrooms, and the military. Between education, shopping, and your health and beauty routines VR could be utilized in almost every part of your day.