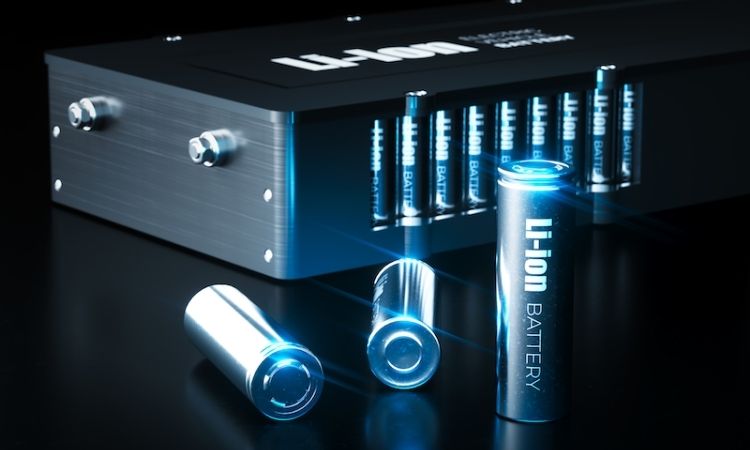 Progress happens pretty fast. If you don’t stop and look around once in a while, you might miss it. With apologies to Ferris Bueller, this sentiment perfectly describes what’s happening in global energy markets right now.

For years, advocates have been touting a green energy revolution. However, while production prices had begun to approach parity with fossil fuels, they still suffered from a familiar bottleneck – intermittency. Because of this, Big Oil tycoons have laughed heartily at the idea of a low-carbon future.

They aren’t laughing anymore. Recent advances in battery technology have caused their cigars to drop collectively from their mouths. Soon, establishment players will face an existential crisis.

Thanks to intensive research & development, lithium batteries may soon be able to store surplus green energy production on an unprecedented scale. Does this mean our much-promised low-carbon future lies just around the corner? That’s the question we’ll try to answer in today’s post.

We’re running out of time – there’s no other way to put it. If we haven’t blown past the tipping point for runaway global warming, we’re getting dangerously close.

A significant amount of damage has already been done. According to a recent paper published in Nature Climate Change, temperature increases of 2.3 degrees Celsius are now locked-in. That means 70% of coastal areas worldwide will flood, threatening homes, businesses, farmland, and drinking water. Storms will be more fierce and droughts more brutal.

But if we don’t act soon, these effects will be further magnified. In many countries, potable water supplies may run out completely. This scenario almost happened in South Africa in 2018. That year, Cape Town came within three months of Day Zero. Had that day arrived, millions of water taps would have literally run dry.

So, even if there wasn’t an economic case for going electric, self-preservation demands it.

But as we mentioned in the intro, there is an economic case for electrifying our economy. Let’s rewind the clock to the 2000s. During that decade, fear of Peak Oil led many to advocate for the rapid expansion of green energy. But at that time (and until recently), the cost of solar & wind production was a major obstacle.

As oil & gas profits soared, detractors wielded that argument like a mace. And it made perfect economic sense for them to do so – in 2010, the cheapest solar source produced electricity for $0.25 per kWh. Meanwhile, coal and natural gas plants generated electrons at $0.04-$0.12 per kWh.

A decade later, the landscape has changed completely. The average cost of solar in all regions now hangs around $0.04 per kWh – beating all but the most efficient fossil fuel plants.

However, even those generators may soon be rendered obsolete. Right now, some solar arrays are producing power at an unprecedented rate of $0.0135 per kWh. With rates continuing to fall, it would seem that the Green Revolution has sealed the fate of fossil fuels.

There was just one problem with that argument, though. Unlike fossil fuels like oil, coal, and natural gas, green energy doesn’t have a tangible form. You can store oil and natural gas – but not sunshine and wind.

However, even that has changed. As automakers have raced to become the dominant EV power, they have poured millions into lithium battery research. Because of this, resulting advances have caused prices to plummet. According to BloombergNEF, battery prices are now a tenth of what they were in 2010. By 2023, these costs are expected to decline by another third.

This precipitous decline will have two effects. One, EVs will compete with and defeat gas cars on cost and two, utility-grade battery farms will become economically viable.

Already, lithium battery clusters are replacing natural gas peaker plants around the world. From California, where just over a gigawatt of capacity is about to come online, to Australia’s Hornsdale Power Reserve (the world’s first utility-grade battery farm), these units are both reliable and cost-effective.

As they prove their worth, demand will continue to escalate.

As Lithium Demand Increases, So Will Investment Opportunities

However, for this energy future to come true, lithium production will have to increase exponentially. Elon Musk isn’t wasting any time – Tesla already has plans to mine the mineral from its 10,000-acre plot in Nevada.

But they can’t single-handedly supply the world. That leaves the door wide open for junior mining firms to get in front of a tsunami of demand. Right now, mining firms produce 400,000 tons of lithium per year. To meet the production targets of Tesla alone, that number will need to increase by a factor of ten.

Nevada is a lithium-rich state. So, players like Barrel Energy (OTMKTS BRLL) are also feverishly hatching plans to ramp up production. By 2027, some market analysts project that the lithium battery industry will be worth almost 130 billion USD. In the future, electricity won’t be the only thing that’s green – invest in solid lithium plays, and your portfolio will be too.

The dawn of the battery age could not have come sooner. With climate risks becoming frighteningly real, our world needs to move past fossil fuels. Sadly, our leaders have almost always lacked the will to do the right thing.

Thankfully, political courage is no longer necessary. With lower costs and unimaginable economic opportunity lying ahead, it’s clear – green power generation and utility-grade lithium batteries are the future of energy.