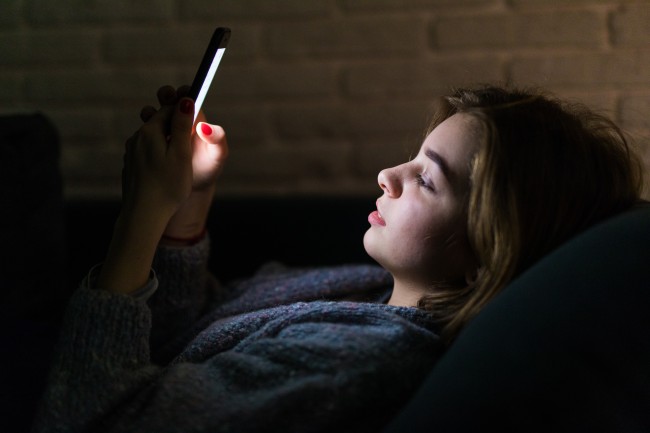 Burner numbers are also very useful when you’re on foreign trips because they can save on roaming costs on your main phone number.

But you can use them for many legitimate purposes. The biggest purpose is signing up for services that you’re not gonna use. Therefore, here are some of the best burner phone number apps to use in 2022.

Burner is the most well known application with which you can create virtual phone numbers. The way that Burner works is by creating a secondary line that you can use for calling and texting.

Burner can create a disposable VOIP phone number which can be used for any purpose you want, starting from signing up to random websites to selling items on craigslist.

Using Burner means that you do not have to have a second phone to have a disposable private phone number.

You can call, text and do everything else from the application itself. You can also create more than one alternate phone number and then ‘burn’ them whenever you want.

Burner intercepts your phone calls through the app and then routes them to your cell phone. This means that your privacy is being maintained and your main phone number is being kept anonymous.

Due to this reason, your phone bill will show the calls that you made from the app as calls between your main calling number and the Burner number. The phone number of the person that you are talking to does not show up.

Burner also provides integration with cloud services like Dropbox, Evernote and SoundCloud where you can backup your voicemails and text messages

Burner has an initial 7-day free trial period after which you need to pay $4.99 per month for 1 extra line.

Hushed is another burner phone number app to create random secondary phone numbers. Hushed can generate burner numbers for more than 40 countries and 300 area codes in the US, Canada and UK.

When using the Hushed app, you can make and receive calls on the phone number generated by Hushed. This makes sure that your calling activity is separate from your original number.

With this app, you can create a second phone number, and if you want, you can even create and manage multiple lines within the app.

Hushed also offers integration with cloud services. You can also add custom voicemail greetings along with many other features like call forwarding, auto replay etc. You just need a working internet connection to access your alternate number through Hushed.

Hushed is quite flexible as it offers both long-term and short-term plans. You have the option to get prepaid plans or pay-as-you-go plans which start at $1.99 a month. It also has a ‘30 Day Worldwide Package’ for making international calls.

CoverMe is one of the most private burner phone number apps in the market. Some of the trademark features of this application include encrypted messages and anonymous SMS.

You can also hide text messages and contacts. It has a shake to lock feature with which you just need to shake your phone and your contacts and messages are locked away.

CoverMe features end-to-end encryption and it offers you a phone number from the US or Canada as your burner phone number. You can get phone numbers from different area codes within the US and Canada.

The app also makes sure that your calls won’t ever show up on your phone bill. You can ‘burn’ the number and change it at any time you want.

CoverMe offers a 7 day free trial period after which you need to pay $7.99 per month.

Cloud SIM is the new burner phone number app in the market. The app lets you create alternate phone numbers from the UK, Poland, Canada, France and the United States.

Cloud Sim also lets you call or receive calls from international phone numbers. You can also choose the type of your connection and then you can set up the calls with the help of your internet. This makes sure that there are very minimal chances of bad network or Call-Drops.

Cloud SIM also offers many amazing features like voicemails and contact customisation. There’s also a “Do Not Disturb” mode in this application.

All in all CloudSIM is one of the best application for creating burner phone numbers.

Line2 is a very different application when compared to the other apps on this list. This is because Line2 is a B2B service that offers services for enterprise users. The features include conference calls, auto-attendants and toll free call numbers.

Line2 also lets you make VoIP calls all across the US and Canada. You can also make free calls and text messages to other people who use Line2.

Line2 works on almost every platform ranging from Android, iOS to Windows and Mac. It lets you create various business lines and use all of them from one single phone. You can add, remove or alter a “burner” number by simply getting in touch with the Line2 support team.

2ndLine is another B2B burner phone number app to create secondary numbers which you can use in addition to your main phone number. It gives you a phone number but it comes with ads if you opt for the free version, however the paid version gets rid of all of these ads.

2ndLine is very easy to set up, you just need to download the app, choose a phone number and you’re good to go.

The app offers unlimited calling and texting features and is currently available in the US and Canada. You can also make international calls by paying a minimal charge.

2ndLine only runs on Android which might be its only limitation, because apart from that, the app is top-notch and does what it is supposed to do.

It is a VoIP service and uses an internet connection to function instead of a cellular network. Therefore, any calls you make with your secondary number won’t show up on your phone bill.

Flyp is another burner phone number app to create an alternative number. It works on both Android and iOS and can create up to 5 US phone numbers on one phone.

You can chose the area code and make sure that it is always a local number. And then you can make unlimited calls and texts from that number

Flyp can make calls to more than 20 countries and also has ‘Do Not Disturb’ feature which you can customize for each of your contacts. You can also customize voicemail greetings. The Flyp app offers free services for 7 days after which it costs $7.99 per month.