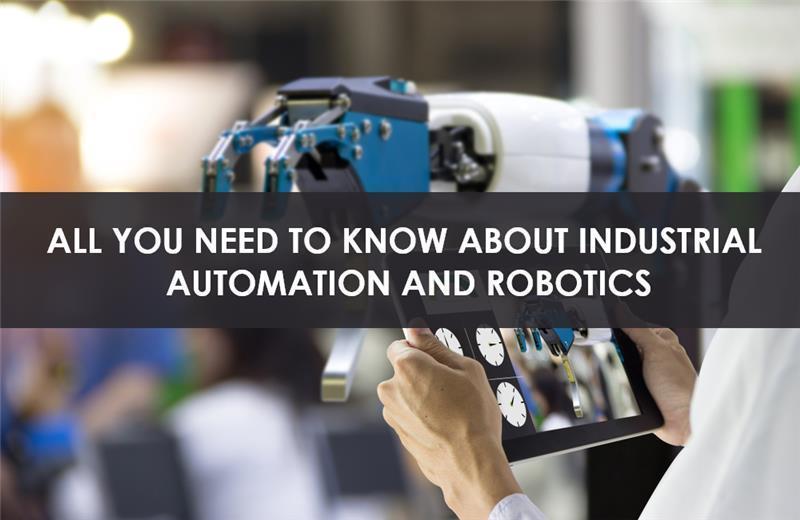 Today’s industry is much more diverse and updated than what it was before a few decades ago. Now industry automation has changed how things work in this industry. In reality, it is a very healthy change as it has opened new doors of opportunities for nearly anyone linked with this industry.

If you are also associated with any such industries, this article is for you. In this article, we will discuss all about industrial automation and robotics and how they have helped various industries.

What is Industrial Automation?

Industrial automation is the use of control systems, such as robots, to perform tasks that have traditionally been carried out by human workers. This can include tasks such as assembly, welding, packaging, and also sheet metal fabrication. Industrial automation can help to improve productivity and efficiency while also reducing costs.

Robotics is the study of designing and constructing robots for various purposes. These purposes can include things like manufacturing, industrial automation, and many other applications.

Difference between Industrial Automation and Robotics

There is often confusion between industrial automation and robotics. Both involve the use of machines such as waterjet cutting machines to automate tasks that would otherwise be completed by human workers. However, there are some key differences between the two approaches.

As a result, pick and place robots are often used in applications where more flexibility and creativity is required, such as in manufacturing or surgery.

Robotics, on the other hand, is typically used to augment human workers by performing tasks that are either too difficult or too dangerous for humans to perform.

Moreover, industrial automation is typically used in environments where there is a high degree of predictability. For example, an assembly line in a factory is a highly predictable environment where each task is performed the same way every time.

Whereas the robots can be used in environments that are less predictable, such as search and rescue operations or medicine.

Benefits of Automation and Robotics

One of the key benefits of industrial automation and robotics is that they can help to improve productivity and efficiency in manufacturing and other industrial settings.

Automation can help to speed up processes and minimize human error, while robotics can provide a more precise approach to tasks that may be difficult or dangerous for humans to carry out. So, both automation and robotics help you enhance the productivity and efficiency of your industrial operations. No labor shortage

When more and more workers are at a specific workplace, the chances of accidents and health injuries are always high. Therefore, the manufacturing process also gets disturbed.

Here the industrial automation process such as the use of computers and advanced machines really helps in resolving the safety issues at work sites. As it is now mandatory for all companies hiring labor staff to follow the occupational safety and health act.

To increase production, factory owners had to look for a new labor force. This not only takes time but is also a hassle. Further, because of a pandemic such as Covid-19, the labor shortage was a big issue.

So, with automation, you no longer have to deal with labor shortage issues. So, this is one big advantage for sure.

So, now you know all about industrial automation and robotics and how they are helping various industries. Though both these technologies are a bit different, their benefits are definitely helping many industries. So, it is one good thing that has happened in this decade.