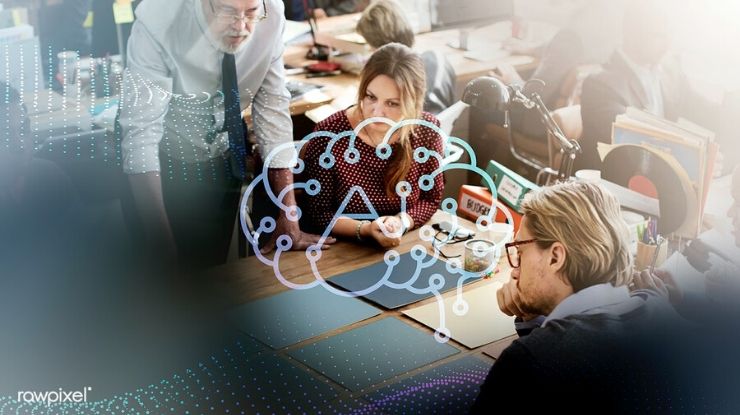 Artificial intelligence is believed to create new and different jobs the world is yet to unearth.

According to PwC, an accountancy firm, AI will deliberately lead to the generation of about 7.2 million jobs over the next 20 years. Thus, AI will always need people.

To put it straight, industries ranging from finance and banking to retail and across other sectors will encounter an urgent need for AI engineers with cutting-edge technologies as a backup.

In such a turmoil, up skilling through AI certification is the only solution.

Amazon plans on retraining their employees. An investment of USD 700 million is said to be carried out for those whose jobs have been lost to automation and may be out of jobless.

The up-skilling plan conducted by Amazon consists of six programs to help workers from every background train to stay prepared.

The upskilling program by Amazon is ideal helping the technical and non-technical professionals move across the different tech hubs, retail stores, transportation networks, corporate offices or even changing career paths outside of Amazon.

After analysing and reviewing its workforce of hiring taking place in the US, Amazon found out that the fastest-growing highly-skilled jobs over the past five years include job roles such as data scientist, business analyst, logistic coordinator, data mapping specialist, transportation specialist, and process improvement manager.

The demand surges for AI specialists and AI engineers in 2020, states LinkedIn. Hiring growth for this job role has grown to 74 per cent annually in the past four years involving very specific skillset – machine learning, AI, and deep learning.

According to Alex Robbio, president and co-founder of Belatrix Software said the initiative taken up by Amazon showcases the speed at which the digital technologies have changed the world and how they have affected the enterprises and organizations at large. For enterprises to create valuable products technology plays a major role.

However, to carry forward this process, organizations need to cope up with the latest technology skillset. As a result, continuous education and training in skill development play a significant part in organizations looking for long-term success.

Providing employees with training programs and in-house AI certification programs through credible platforms like the Artificial Intelligence Board of America (ARTIBA) are some of the greatest ways of retaining a highly-skilled workforce. Highly skilled workers choose where they wish to work, in terms of the type of industry and type of work.

Up skilling in AI-driven workforce

Amazon is on the verge to find its place in the AI-driven world, the main reason for its approach toward upskilling its workforce.

Monica Eaton-Cardone, an entrepreneur and technology expert said, with automation becoming the core skill for industries in the US, the business should take this as an opportunity to upskill and retrain employees with the risk of losing their jobs to AI or automation.

She also says, as a result, every sector of the current economy will undergo a seismic change. As predicted by data, we will all see net job loss as job roles and positions tend to diminish due to the emergence of new technologies. This could result in a disastrous economic outbreak.

And there will be no way around it unless the individual isn’t highly skilled. AI certification will certainly help you establish the skill and keep your future-ready.

By the end of 2030, prediction says there will be job cuts by 29 percent due to automation while contribution toward creating new jobs consists of a mere 13 percent, source: Forrester’s Future of Work report.

Not only will reskilling and upskilling help solve the AI talent shortage but will keep the workers ready for the jobs of tomorrow. As technology keeps advancing, there is no other choice than to advance and move along with it. Those who can adapt to change will be the ones who will thrive through the competitive job market.

Niti Sharma is a professional writer, a blogger who writes for a variety of online publications. She is also an acclaimed blogger outreach expert and content marketer. She loves writing blogs and promoting websites related to the education, and technology sector.