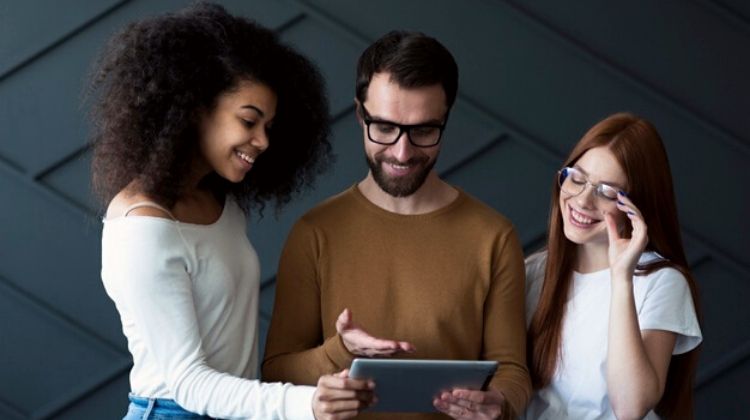 When the world was in the throes of World War II, the iconic image of Rosie the Riveter helped to encourage as many as 6 million American women to leave their homes and enter the workforce.

Their move into factories and other commercial industries forever changed the face of the American economy, leaving an indelible mark that would last for generations.

As we moved through the latter half of the 20th century, women remained a critical part of the industrial economy that made the US a modern-day superpower.

Now, as the 21st-century economy completes a shift away from the industries of the past and toward information and technology-driven future.

Women are once again finding themselves excluded, despite already being a major part of developing that future.

The problem that’s causing it exists throughout the developed world, and it’s the fact that not enough women are pursuing careers in STEM-related fields. The reasons for it are many, but the effect is dramatic.

As of 2015, US government data indicated that women made up a scant 24% of the STEM-related workforce, despite making up 47% of all other professions.

The problem begins early, too, with a Microsoft study finding that while girls do tend to show the same level of interest in STEM-related work by the age of 11 as boys, they tend to lose interest by the time they reach 15.

For those reasons, it’s up to all of us working in STEM fields to do our part to support our female co-workers and encourage greater participation for those considering a career in STEM. Here are four ways we all can do that.

1) Give Credit Where It’s Due

As programmers, we should all be familiar with what it’s like to work hard on challenging code, either alone or within a team, only to see someone else claim credit for the eventual breakthrough.

In most cases, a bruised ego and some hurt feelings are the only lasting effects.

For women in STEM fields, however, the effect of such events is cumulative – robbing them of their ability to advance.

That’s why one of the keys to supporting women in STEM is to make sure they get credit for their ideas and hard work and to stand up against those who would rob them of it.

In programming circles, it’s easy to fall into cliques and professional networks that tend to function more like fraternities than they do industry organizations. For women in the field, this feels like an implicit barrier that’s difficult to overcome.

The problem is that most of us don’t recognize when it’s happening, let alone have the presence of mind to do anything about it. Here again, a proactive approach is needed.

Make an effort to reach out to the women at the periphery of your professional circles, and encourage them to make some connections.

Let them know that you’re on their side and that they can feel free to voice their concerns if they’re being excluded or otherwise marginalized.

When doing this, make sure, to be honest, and pull no punches – if the concerns are valid, treat them as such. If not, say so. Otherwise, your well-meaning efforts can come off as little more than patronizing, empty gestures.

Most successful programmers have had a need at one time or another to reach out to more experienced colleagues for help.

The fact of the matter is that the scope of the knowledge one needs to succeed in the field can’t be learned from books and classes alone.

In some cases, nothing but the real-world experience will do the trick. For most male programmers, finding a mentor is simple. However, for many women, that’s not the case.

For that reason, it’s important for all successful members of the STEM fields. Both men and women – to volunteer their time to be mentors for the next generation.

Get involved with STEM mentoring organizations if you can, or approach the HR department of the company you work for to encourage them to form a mentoring program to help new hires get acclimated and get ahead.

Although it may sound like obvious advice, one of the best ways that we can collectively solve the problem of a lack of women in STEM is to make sure we treat everyone equally – no matter their gender.

It sounds simple in theory, but in practice, it tends to be harder. In a professional context, the key to doing this is to be as authentic as you can in every interaction you have.

As we all know, we programmers tend to be a, let’s say – interesting breed. We say funny things. We write a funny code.

Your female counterparts are no different. They’re just as likely to embrace the quirky developer lifestyle and persona you’ve come to expect from your male colleagues.

For that reason, it should be simple to find some common ground and get over whatever implicit or explicit biases you might harbor.

In short, be yourself and everyone will find a way to get along. After a while, gender will be as invisible as the stray text you commented out in your last JavaScript project.

5) Be a Part of the Solution

The bottom line here is that it’s up to all of us to make sure that women get to take their place in the STEM-heavy economy of the future.

Last time around, it took a world war to shake up the status quo and begin a movement toward greater economic gender equality.

If we all pitch in and do our part, we shouldn’t need anything so dramatic to happen this time around. All that we have to do is be conscious of the problem.

Make efforts like those mentioned here and the rest will take care of itself. How long it takes and how well we succeed is entirely up to us.

Andrej is a digital marketing specialist, dedicated writer at Writerzone.net and digital evangelist, with a keen passion for exploring how technology can help both in classrooms and home learning. He is a contributor to a wide range of technology-focused publications, where he may be found discussing how technology is influencing everything from neural networks and natural language processing.