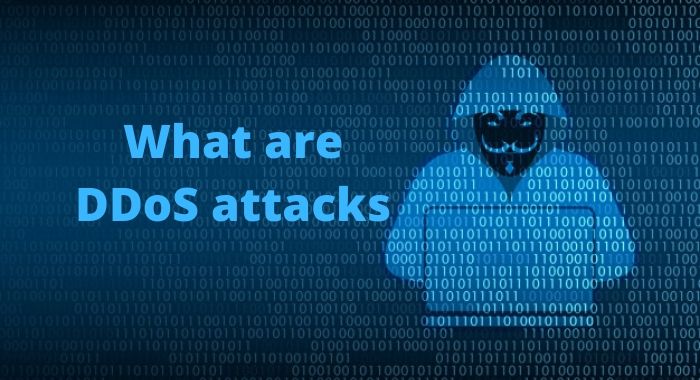 Many of us have read and heard many times about DDOS attacks (denial of service attacks). But do you know what exactly it is? A priori, it seems a very technical term, but this attack is easy to understand. Also, it is mostly used by cybercriminals worldwide, so it is essential to understand what it is.

What are DDoS attacks

DDoS stands for Distributed Denial of Service. DDOS attacks aim to disable the use of a system, an application or a machine, to block the service for which it intended. This attack can affect both sources which offer information — example application or transmission channel, as well as the computer network.

Web servers can resolve a certain number of requests or user connections simultaneously, in case of exceeding that number, the server begins to slow down or may even fail to respond to requests or directly block and disconnect from the net.

The difference between the two is the number of computers or IPs that carry out the attack.

DoS attacks generate a massive number of requests from the same machine or IP address, thus consuming the resources offered by the service until there comes a time when it has no response capacity and begins to reject requests, this is when denial of service materializes.

In the case of DDoS attacks, requests or connections are made using a large number of computers or IP addresses. These requests are created all at the same time and towards the same service object of the attack. A DDoS attack is more difficult to detect since the number of requests comes from different IPs, and the administrator cannot block the IP that is making the requests, as it does in the DoS attack.

The computers that carry out the DDoS attack will infect from malware, thus becoming bots or zombies, capable of being controlled remotely by a cybercriminal. A set of bots, that is, computers infected by the same malware, form a botnet or also known as a zombie network. This network has a higher capacity to tear down servers than an attack by only one machine.

To check if your computer is infected with a type of malware and belongs to a zombie network, you can use the AntiBotnet service that will detect if Your system belongs to a botnet.

Why are these attacks carried out and who do they affect?

As we have seen, denial of service attacks are used to disable a service offered by a server, causing the system to collapse, taking advantage of its vulnerabilities. Cybercriminals aim is to cause damage, both to the users who supply the service, as well as to the administrator who offers it, disabling its functionality and causing losses, both economic and prestigious.

So far, the most significant denial of service attack in history occurred on February 28, 2018, to a well-known platform of collaborative projects. This attack was carried out in a distributed manner, that is, with a DDoS attack. Despite all the security available to the platform, it could not cope with the bombing of 126.9 million packages or what is the same, about 1.35 terabits per second received. This attack was carried out through a botnet network using servers from various entities.

How to avoid DDOS Attacks

As users, we must check the configuration of our routers and firewalls to detect invalid or false IPs, which come from possible attackers. Usually, our Internet Service Provider (ISP) ensures that our router is up to date with this configuration.

On the other hand, organizations and companies who provide these services must protect both their network and infrastructure to prevent DDOS attacks from affecting the performance of their work and, as a consequence, their clients. If a company is affected by a Distributed denial of service (DDoS attack) it will lose the trust of its customers and discard the hiring of its services.

And you, did you know this kind of attacks? Tell us if you have ever suffered the consequences of a denial of service.