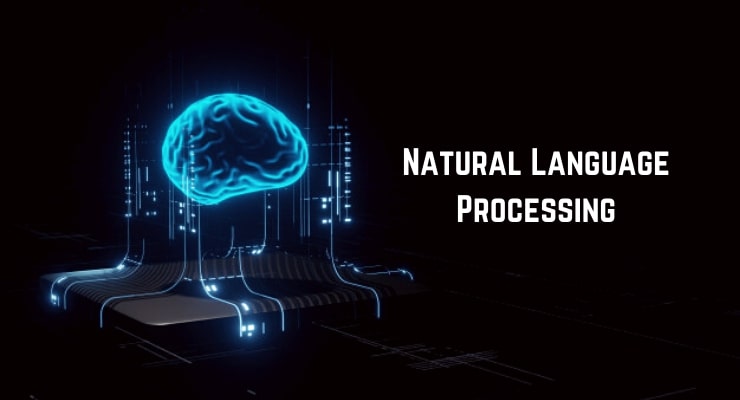 Artificial intelligence (AI) and its potential for the future is uncanny. One of the most significant innovations of AI technology is the processing of language used in speech, text, and search in order to understand user queries and commands.

Here, we’ll explore advancements in this technology as well as what’s on the horizon for NLP.

Natural Language Processing is on the rise. In fact, 50% of data analysis requests are estimated to involve NLP in 2020, showing a dominating field in the industry of AI and data science. But where has NLP tech come, and how is it used?

Using Python and other coding languages, NLP tech is a machine learning process that has the ability to contextualize, understand, and translate human language in three key areas. These are:

Data has driven the linguistic understanding of NLPs in recent years. With systems that detect and analyze language based on morphology, syntax, semantics, and pragmatics, the ability of this intelligence to parse out language based on context has come far.

Take a research team at Virginia Tech, for example. They are using NLP systems to analyze 6,500 reviews of whiskey products in order to help contextualize and analyze how we perceive taste. The implications of this for marketing are huge, as better descriptors help target products and guide customers.

Large data samples can be combed over by AI tech to find commonalities and context in language. This helps improve machine understanding and pick up on patterns we as humans might not even be aware of, in addition to enabling the automation of certain communicative processes.

Anyone who’s used Google Translate understands that the AI we currently have access to is far from perfect when it comes to translating text from one language to another. Often, context is lost in translation, and word choice can come out bizarre, if not nonsensical. Advancements in NLPs hope to change that.

As one of the oldest fields of AI research, machine translation— or the ability of AI to automatically translate input into a logical output in a different language— has come a long way.

While a future in which you can input a long string of text into a free tool like Google Translate and get a comprehensible result may still be a ways off, it’s not too distant. NLP tools like MERT are improving these processes all the time.

A popular innovation in the NLP field is transfer learning, or taking a pre-trained language model and transferring it into a different environment.

Transfer Learning is especially useful when users don’t have a data set large enough to begin a deep learning process from scratch. A pre-trained model has already learned up to a point, which can then be transferred into a similar environment for better, faster results.

Towards Data Science offers the example of an AI attempting to recognize a tiger. Teaching a system that recognition would take a lot of computational power. But pre-existing models recognizing colour, stripes, or size could offer the same result in much less time. In NLP, the same concept is applied to language.

Applications for the Future

NLP development has taken massive strides in the last few years. Now, the abilities of machine learning to understand, interpret, and translate something as complex as language are being realized to just a fraction of their potential.

In a world ripe with ethical concerns in AI like gender or racial bias, discrimination, and disinformation commonly referred to as ‘fake news,’ the power of NLP to understand and contextualize this information could lead to a future in which we can better flag inaccuracies.

In the future, we’ll be able to instantly translate texts or teach machines to comprehend languages and commands never before thought possible. There are bright things on the horizon for Natural Language Processing.

Perhaps someday soon, this technology will allow us to live in a world without the kind of barriers created by language differences and miscommunication.

Myself SachinReddy Chidurala the Editor and Admin of Techmediatoday. You can reach me at [email protected]

Upskilling: The Key to Mitigate Against Job Loss Due to AI

How Good is Microsoft Surface for Businesses?