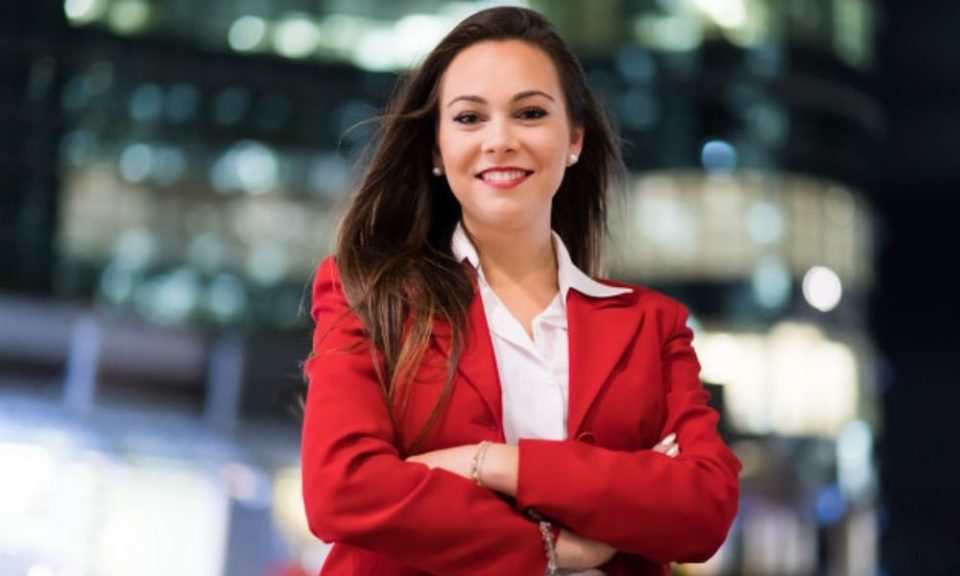 Today, women hold only 20% of available tech jobs. It’s no secret that women are largely underrepresented in fields like science and technology. Women have a lot to offer in the world of technology, and their inclusion greatly enriches the industry. Here’s why.

Consider this. When people all think the same way, they rarely challenge each other to think outside the box. Companies like Apple were founded on out-of-the-box thinking.

Apple expanded people’s imagination for what technology could offer. Now Apple is a trillion-dollar company always seeking the newest and most innovative technology.

To achieve these imaginative, creative ideas, the tech industry needs people from many different backgrounds.

Women are not only needed in tech to increase innovation, but they’re also needed to increase revenue.

Many studies have shown that gender-diverse companies produce a better profit than those who don’t.

In fact, companies that have been in the top 25 quartiles for women on their executive teams are 21% more likely to outperform their respective national industry median.

Tech for Women, by Women

If women aren’t in technology, they’re also not representing the needs of other women.

Technology is used in almost all aspects of modern society and women make up more than half the world’s population.

They also influence the majority of consumer spending. And yet, they aren’t being well represented in the development of new technologies.

Consequently, tech companies may also be overlooking female-oriented products that serve needs that are unique to women.

This may include ovulation-tracking apps, pregnancy resources, or items like Liz Salcedo’s Everpurse, a purse that charges your cell phone while you’re on the go.

The technology teams behind these products include both men and women, but women’s leadership is necessary in order to reach the needs of their end-users.

Business to consumer tech companies without female representation are missing out on opportunities to market to an enormous demographic.

Apps such as Gender Fair make it easy for consumers to evaluate companies based on their treatment of women both in the workplace and in the marketplace.

This makes it easier for those spending decisions to be made in favor of companies that support gender equality.

One of the most significant reasons to include women in the tech industry is to encourage and inspire future generations of women to pursue technology-related jobs.

Initiatives like Girls Who Code and Black Girls Code are extremely helpful in reaching young women.

However, the most valuable inspiration comes from girls and young women seeing other women actually succeeding in the tech industry.

The drop off in representation at the top is one of the most visible consequences of the last 30 years’ culture of tech as a male-dominated field.

As the number of women programmers has declined from 36% in 1991, the result has been even fewer women in leadership positions because of dwindling supply.

Women are all too often told how difficult it is to succeed in the male-dominated tech industry, and with good reason.

Women are often overlooked when companies are hiring, and if they are hired, they struggle to gain promotions.

They are offered lower salaries than their male counterparts and quit the field altogether at a rate over twice that of men.

However, when young women see other women working in tech, they’re much more likely to view it as a viable option.

Other fields have overcome the gender gap – in 2016, more women than men enrolled in law school, and medical schools followed suit the following year.

Over the next few decades, the gender gap will continue to shorten in those fields as new leadership positions will be filled by a more equal pool of candidates.

In the future, the technology field will continue to create more jobs, as it will also be woven into more aspects of everyday life.

By encouraging more girls to see a future for themselves in tech, we will have more qualified practitioners in general available to do those jobs.

Diversity will only strengthen the tech industry, and hopefully, women will continue to join it at greater numbers in the upcoming years.

In order for this to happen, we need more visibility for the women who actually do break through the glass ceiling in tech, and more of the men in positions of power to advocate for them. It’s a slow process, but will ultimately benefit everyone, regardless of gender.

Kara is the co-founder of ClearSummit, a software development agency, and TuneRegistry, a music rights management platform. Prior to her foray into software, she practised law and was recognized by SuperLawyers Magazine as a Rising Star in litigation. She holds a Juris Doctor from William & Mary School of Law and a B.A. from James Madison University, where she studied Media Arts and Design. She lives in Los Angeles.

My name is Roy, I’m the owner and writer for “TheFrisky”
I saw a category on your site “write for us” so I decided to ask you if I could write something for your blog?

I am an expert in areas like: “Software Development”, “Blockchain”, ”Web Design”, ”Connected Devices”, ”Industrial”, ”Social Media” and more.

I wrote for companies like – Free PSD Templates, Noobpreneur, Albacross and etc, If you’re interested, I can send links to mine articles.

Hope to hear from you ASAP!

It’s actually a great and useful piece of info. I’m happy
that you shared this useful info with us. Please keep us informed like this.
Thank you for sharing.