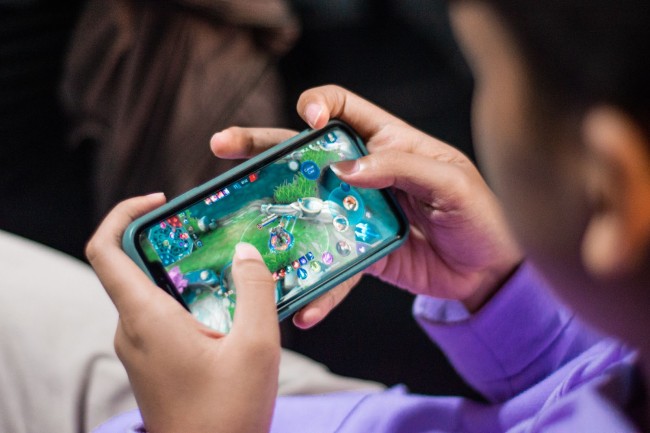 Android Mobile games have stepped up to a different level. Previously, we just have simple puzzles and board games.

However, now, there are fully-fledged online and local multiplayer android games and they are slowly taking over the gaming industry.

With people getting busier by the day, a huge chunk of the population doesn’t have the time anymore to sit down for a gaming session on their PC or PlayStations. They prefer gaming on their phone, which they can do with one simple click on a device that is always available to them.

With so many games on the market, it can get hard to choose the best one to play with your friends. To solve this problem, we have curated a list of the 15 best free online multiplayer games for android.

One of the most addictive games of all time, PUBG Mobile has taken the world by storm ever since it started in February 2018. Four years down the line, it remains the number one choice for any gamer, be it casual or pro.

One of the biggest plus points of the game is that it is free to play and it currently has more than a billion downloads on the Play Store. It has held the number one position for quite a long time and will keep on doing so.

The main aim of the game is to survive amongst 99 other players on an island. Once you can beat all of them and survive, you win the famous “Chicken Dinner”

It features multiple modes, maps, and an immense amount of weapons you can use on your quest toward being the last man standing.

Clash Royale is also one of the best multiplayer game with a huge fan following from all over the world.

This game is the successor of ‘Clash of Clans’ which was a huge hit in itself. It uses a lot of characters from ‘Clash of Clans’ and is the perfect blend of card battle, real-time strategy, and online battle arena.

One of the reasons why it is still intact in the industry 6 years later after it dropped in 2016 is the regular updates that Supercell puts out for the game. The main aim is to grab powerful cards and unlock rewards to destroy your opponents’ towers.

One of the biggest competitors of PUBG Mobile, Fortnite is a very popular battle royale game where the ultimate aim is to be the last man standing among all the players.

It is a third-person shooter game, where you can team up with other players to defeat your enemies. It has a lot of fun and animated graphics and fresh concepts are introduced almost every month.

Due to various reasons, the game is not available on the Play Store, however, users can easily download it from Epic Games website.

A relative newcomer to the market, this game is specially designed for fans of fantasy, swords, and sorcery. AdventureQuest features a plethora of quests to complete. The game also features various classes, dungeons, and crafting related stuff

There are options to play PvP and do raids which keeps things interesting. The game has complete cross-platform support.

Asphalt is a legendary series of racing games for mobile phones. It features some of the most exotic sports cars in the world and if you’re a fan of racing, it is a must-play game for you.

You can drive more than 50+ fully licensed supercars and sports cars across various types of tracks and compete against AI or human players. The visuals and graphics are one of the strongest features of the game.

It also has a car customizing option for all car lovers. The game features a career mode that has over 60 seasons and 800+ events.

Another competitor of PUBG Mobile, this game was launched by Activision and is the mobile version of one of the most legendary Shooter games in the history of gaming.

However, COD: Mobile takes a more modern approach and incorporates Battle Royale into the game. It was made after combining a lot of elements from the PC and Console versions of the game. However, it is a bit storage-heavy.

There are a lot of strategies to be made and followed as you can compete with your friends in Ranked matches and increase your rank. You can also unlock various weapons, outfits, and skins to customize your character.

Another legendary game ported onto Android, Minecraft is an evergreen name in the gaming industry. This pocket edition of Minecraft is one of the best multiplayer games for Android.

It brings a lot of your childhood memories back as you explore the world of Minecraft and build everything from homes to magnificent castles.

This game allows you to play with up to 10 friends in real-time and the best part about the game is that it runs cross-platform, so you can enjoy the game with your friend playing it on his or her PC.

There’s nothing to say about the evergreen game of chess, and this app lets you play the game with millions of players around the world.

The best part about this game is that it helps you learn the game as you play with the help of 50,000+ pre-loaded tactics, puzzles, and lessons.

It also has guides by top chess coaches and you can get a detailed performance report and rating for every game you play.

Solitaire is one of the most well-known card games and you can play it on your android device as well. This game, developed by MobileWare, lets the player online and offline with random deals.

One of the best online multiplayer games for Android, 8 Ball Live is a fun game full of challenges to polish your pool skills. If you are a fan of pool in real life, it is confirmed that you will be addicted to this game.

The ultimate aim of the game is to make sure all the eight balls get inside the holes of the table. You can create private rooms to play with your friends. Or you can also play 1v1 matches with your friends and even connect with them over video chat

An air hockey game to play with your friends

A football game where you have to shoot at the goal by swiping and score more goals than your opponent.

Thus we come to the end of the article and these are the 15 best multiplayer android games that you can dive right into for ultimate enjoyment. If this article helps you, share it with your friends and family before joining them for a session of intense gaming.