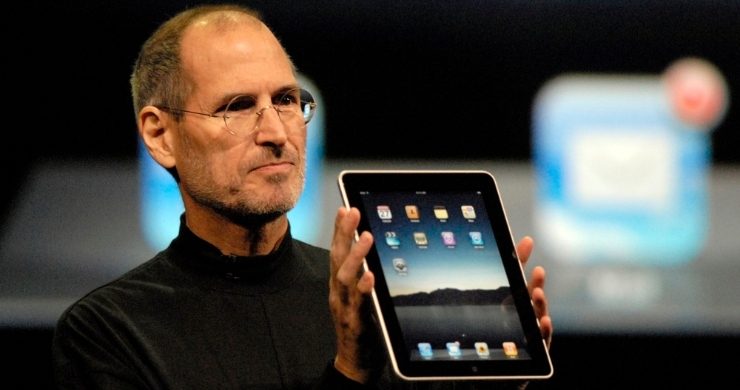 We’re almost a year into a new decade, and even though 2020 was not the year we expected. We can’t wait to see what the next ten years have in plan for us. Will we be witnessing self-driving cars roaming the highways?

Are smart homes with built-in assistants going to be the new norm? Will we be playing our favourite video games in the most immersive way possible, by actually entering the virtual world?

Ten years ago, these technologies appeared as if they were taken from a Sci-Fi book. But now we are talking about them with ease, as they are just about to become real.

Technology sits at the core of our society and the past decade was an incredible source of innovation in all industries. From the iPad, which was believed to be a sure failure, to smartwatches and 3D bioprinting, the 2010s was a decade to remember.

Many of these technologies are still going through constant changes. But they serve as the foundation for a new decade of connectivity, innovation, and comfort.

Below, we will be exploring some of the most iconic technologies that emerged in the 2010s and became the norm by the end of the decade.

Iconic Tech Inventions of the 2010s

The iPad was launched in 2010 and was believed to be a fail at first. It was mocked for its awkward size, as it was too big to be a phone but too small to be considered a computer, and for its unusual name.

In the meantime, the iPad sold more than 400 million units, prompting competitors such as Google, Samsung, Amazon, and Microsoft to launch similar products. And so, the iPad era began.

Now, the iPad has become so much more than just a second phone with a larger screen. Now, there are more than 1 million iPad-native apps available in the App Store, touching nearly every industry out there, from retail to education and finance.

Also Read: The Golden Age of OTT and Streaming Media Is Set To Come

Incandescent light bulbs, which have been used for decades before, waste 90% of the energy they consume, so it was about time someone did something to change that.

LED light bulbs have become such a conventional product that it would be easy to believe they have been around forever. Until 2010, however, LED light bulbs were only used for industrial purposes, as they were very bulky and costly.

When federal legislation started mandating better energy efficiency, companies such as Philips and GE quickly jumped at the opportunity and, with a bit of invention help, started developing LED bulbs that can be used for consumer purposes as well.

These bulbs use only 20% of the energy incandescent bulbs use and have a lifespan of 25,000 hours, which with average use, means more than a decade of not having to change your light bulbs.

Virtual reality was, for decades, one of the main themes of Sci-Fi movies. We used to look with slight envy at people that put on a helmet or a pair of glasses and were instantly transposed into a new reality without having to leave the room.

Now, this technology sits on the shelves of electronic retailers all over the world and can be brought home without having to burn a hole in your pocket.

Thanks to companies such as Oculus Rift, which have been responsible for making this technology available, we now have a new way to experience the world.

Besides video gaming, augmented reality has since been used in various industries, including military training, education, medicine, and as part of therapy for various types of addiction.

Also Read: Keeping Up with IoT: 5 Things You Should know About Smartwatches

Watches were, for a long time, a symbol of wealth. But, at their core, watches are merely some instruments that help us tell time.

And, up until the past decade, they were nothing more. Now, however, watches have become tiny computers that we can strap on our wrists and use almost in the same way we use a smartphone.

Even though Apple was not the first company to produce smartwatches, it is the one that made them mainstream.

The Apple Watch is now a very popular gadget that helps us not only track time, but also keep an eye on our health, read messages, respond to a call and do nearly anything we do with a phone.

“Hey, Siri – How do I get to the nearest grocery store?” If we saw someone speaking directly to their phone 10 years ago, it would have been a sure sign they may need to see a therapist, but now it seems almost unusual not to.

Virtual assistants have made our life easier from the moment they became available for general use, and we simply can’t imagine it any other way.

AI-powered virtual assistants are mainly controlled by voice and can perform a number of tasks, such as composing messages, add calendar reminders, and browse the internet for answers to your most burning questions.

It has, of course, also raised a number of concerns regarding the true power of Artificial Intelligence, but now is not the time to dive into conspirations about robots taking over the world.

Every year, thousands of people die while waiting for an organ transplant, due to the inconvenient waitlist process and lack of viable donors. Now, however, we are one step closer to making this a distant problem thanks to 3D printing.

The technology was first imagined in 1974, but it wasn’t until the past decade that 3 started becoming widely used in a number of industries, including medicine.

In 2012, a team of bioengineers printed the first-ever synthetic trachea that succeeded in stabilizing the breathing of an infant. In the future, there will be different opportunities for businesses to make money using a 3D printer.

3D bioprinting has received tremendous attention, as it has the potential to eliminate issues such as compatibility and lack of potential donors.

While we still have a long way to go until we can print fully-functional limbs on a 3D printer, this is surely a huge step in the evolution of the healthcare industry as we know it.