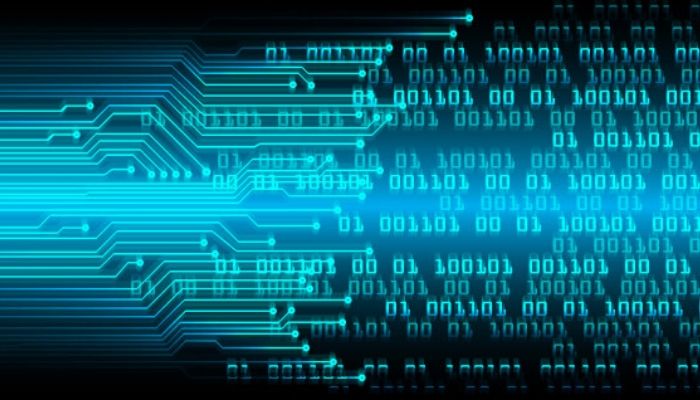 In today’s world, artificial intelligence (AI) is seen as a double-edged sword. On one side, there is the aspect of having smarter homes, improved health technology, and the prospect of having driverless vans to deliver groceries.

On the other side, there is the issue of privacy violations, discrimination and diverse effects of technologies in a negative way that is not yet discovered.

Various risks are involved in AI-related to data difficulties, comprising of ingesting high-quality data before the process of sorting, linking, and programming even takes place. In this article, 15 sources of machine learning datasets will be analysed.

The Google Open Images is mainly a dataset that comprises of ~9 million URLs to images that have been interpreted with labels spread out over 6000 categories.

The people at Google ensure that they make the datasets as practical as possible which means that labels cover more real-life entities than the 1000 ImageNet classes.

The image-level annotations have been populated automatically through a vision model similar to the Google Cloud Vision API. The dataset is mainly a product of a collaboration between Google, CMU, and Cornell universities.

Here is the link to Google Open Images Dataset

The ImageNet is an image dataset that is organized according to the WorldNet hierarchy. The meaningful concept in WorldNet is mainly described through the use of multiple words or word phrases which is known as a “synonym set” or “synset”.

Within WorldNet, there are more than 100,000 synsets, most of them being nouns (80,000+). The images of each concept are quality controlled and human-annotated.

Here is the link to ImageNet Dataset.

The Waymo Open Dataset includes high-resolution sensor data which is collected by Waymo self-driving cars in a varied diversity of conditions.

This dataset mainly comprises lidar and camera data from around 1000 segments of the 20s each of which is gathered at 10Hz in different geographies and conditions.

Here is the Github link to Waymo Open Dataset

The UCI is a repository of 100s of datasets from the University of California, School of Information and Computer Science. This particular repository categorizes datasets through the type of machine learning problem.

Users would be able to discover datasets for univariate and multivariate time-series datasets, classification, regression or recommendation systems.

Here is the Github link to UCI Machine Learning Repository

Xview is considered to be one of the largest publicly available datasets of overhead imagery. It comprises images taken from complex scenes from all over the world, annotated using the bounding boxes.

The DIUxxView 2018 Detection Challenge is focused on accelerating progress in four areas of computer vision frontiers which are reducing minimum resolution for detection, improving the learning efficiency, enabling the discovery of more object classes, and improving detection of fine-grained classes.

Here is the Github link to Xview Dataset

COCO huge-scale object detection, segmentation, and captioning dataset. There are numerous features of this dataset which are object segmentation, 80 object categories, recognition in context, 5 captions per image, among many others.

Here is the Github link to MS COCO Dataset.

The visual genome is a dataset or a knowledge base that comprises of ongoing effort to connect with structured image concepts to language.

Here is the Github link to Visual Genome Dataset

The major difficult area arises when some indoor scenes are efficiently characterized by global spatial properties, while others are comprised of objects that they contain.

The database comprises of 67 indoor categories and a total of 15620 images. The images are categorized into various aspects, with 100 images per category. The images are usually in jpeg format.

Here is the Github link to Indoor Scene Recognition Dataset

This is a large dataset comprising of annotated images. This dataset works in two ways. The first one by downloading the images through LabelMe Matlab toolbox.

The toolbox allows the user to focus on that portion of the database that the individual wants to download. The second approach is through the use of images online with the help of the LabelMeMatlab toolbox.

Out of the two options, the first one is more preferred as the second option tends to be slower and can be time-taking.

After the installation of the database, the LabelMe Matlab toolbox helps to read the annotation files and query the images to extract specific objects.

Here is the link to Labelme Dataset.

This is a popular dataset, which comprises 160,000 tweets ensuring the emoticons are removed from before. To collect and annotate the data, the approach sued in this dataset it unique owing to training data that is automatically created.

Here is the link to Sentiment140 Dataset

This dataset includes a small community where different discussion about data, public code or creating own projects in Kernels is made part of.

There are various amounts of real-life datasets of different shapes and sizes in different formats available. The user can also make use of “kernels” to link with each dataset in numerous different data scientists that have provided notebooks to analyse the dataset.

The amazon source comprises of various datasets in diverse fields, for instance, public transport, ecological resources, satellite images, and so on).

The source has a search box that assists in finding the dataset that the user is looking for. Moreover, there is also the dataset description and usage examples available for datasets that are considered to be informative and easy to make use of as well.

Here is the link to Amazon Datasets

To understand the image processing in the best way, the computer vision or deep learning is seen as the source of data for carrying out such kind of experiments.

The Visual Data comprises of a handful number of diverse datasets that can be utilized to create computer vision (CV) models.

In this particular dataset, the user has the option to look for specific CV subject, which can be semantic segmentation, image captioning, image generation, as well as for opting for self-driving cars datasets.

Here is the link to Computer Vision Datasets

This dataset is mainly about the database of handwritten digits. It includes a training set of 60,000 examples and a test set of 10,000 examples. This is mainly a subset of a larger set that is made available from NIST.

The digits are usually size-normalized and centred in a fixed-size image. The users of this dataset who are willing to learn about the different techniques and pattern recognition methods on real-world data can make use of this dataset. Also, they would only be spending minimal efforts on preprocessing and formatting aspects as well.

The original black and white (bi-level) images from NIST were made size normalized to fit in a 20×20 pixel box, all the while making certain that aspect ratio was preserved throughout.

The images that came out as a result comprised of having grey levels as the outcome of the anti-aliasing technique which is used by the normalization algorithm.

Moreover, the images are centred in a 28×28 image by the computing centre of mass of the pixels and translating the image which would position it at the point at the centre of the 28×28 field.

Here is the link to the MNIST dataset.

Character recognition is a classic pattern recognition problem for which researchers have been working towards from the initial days of computer vision.

In today’s omnipresence of cameras, the applications of automatic character recognition are broader than they were before. In the Latin script, this is largely considered a solved problem in constrained situations.

This means that some images of scanned documents would comprise common character fonts and uniform background.

The point is that images that are attained through popular cameras and handheld devices can cause a formidable challenge for recognition of the character. The difficult part of this problem is easily seen in the dataset. The symbols in the dataset are available in English and Kannada.

In the English language, the Latin script (which excludes the access) and Hindu-Arabic numerals are utilized. Some people prefer to call it the “English” characters set. The dataset usually comprises of:

This is a total of more than 74K images, which is how the name of the dataset was created.

The compound symbols of Kannada are treated as individual classes. This means that there would be a combination of a consonant and a vowel which would lead to a third class in the dataset.

This is not the appropriate representation for this kind of script, but it can lead to a huge number of classes.

Here is the link to The Chars74K dataset

Upskilling: The Key to Mitigate Against Job Loss Due to AI

I am so happy with the services I was provided with this website. The support team was awesome in explaining all the questions and concerns I had… My writer and support team get a rating of ten from me!!

Thank you for your collection of sources. I am going to study machine learning. I hope they will be helpful for me.