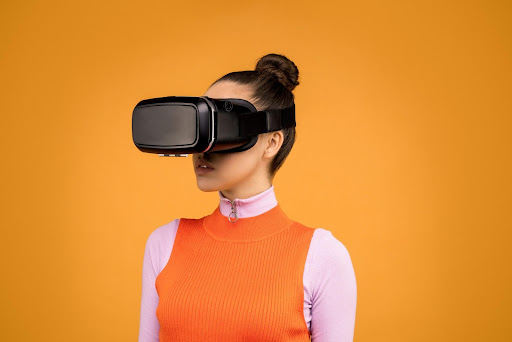 Immersive technologies are on the bleeding edge of mobile innovation, wowing users and unlocking new marketing opportunities for businesses.

Chances are you’ve heard of augmented reality (AR) and virtual reality (VR), but how much do you really know about these emerging technologies?

Moreover, do you know which one is right for your business or app idea? Using AR and VR indiscriminately – without considering how the technologies inform your product or service –is just more “tech for tech’s sake.”

As you work with a mobile app development company to build an AR/VR-driven app, arrive at that first meeting primed for success. In other words: make informed decisions about how you use immersive technology.

Below, let’s explore the difference between AR and VR and delve into use cases for each. The goal here is to provide you with the tools and info you need to use these technologies to their fullest potential.

The term “virtual reality” has been around for centuries, referring to any experience that fully immerses users in an artificial world. You can trace modern virtual reality back to the 1960s with the invention of the “Sensorama,” a fully enclosed device that simulated and engaged all five senses to create the illusion of a separate world.

Then came the Viewmaster, those stereoscopic headsets every 80s kid had (which the company recently updated to incorporate modern VR technology).

But virtual reality really took off in the last decade with the advent of modern gyroscopes, motion sensors, omnidirectional cameras and advanced 3D graphics.

Often associated with wearable headsets like the Oculus Rift, contemporary VR technology uses interactive photography or 3D animation to create the illusion of a lived environment.

Users can “move” around a space, taking in the sights (and often sounds)as though they were there in person.

Next, we have AR – the younger, more “down-to-earth” cousin of virtual reality. AR didn’t emerge until the early 1990s (and even then, the technology was rudimentary).

In the past decade, AR skyrocketed in popularity, thanks in part to popular games (Pokemon GO being the obvious example) highlighting the technology.

The military found immediate use for the technology in flight training simulations, combat simulations and mine detection. Before long, several industries hopped on the bandwagon, each uncovering a new hidden potential.

Use Cases and Examples

AR and VR have found their way into just about every industry. If there’s a product to market or a service to accentuate, chances are that some enterprising company has applied AR/VR technology to do the job. Some use cases include:

Frankly, the list could go on and on – but that’s for another article. Suffice it to say: whatever business you own, operate or ideate, there’s an opportunity to leverage AR and VR technology. Just consider what you are selling, and how best you might advertise or accentuate the product/service.