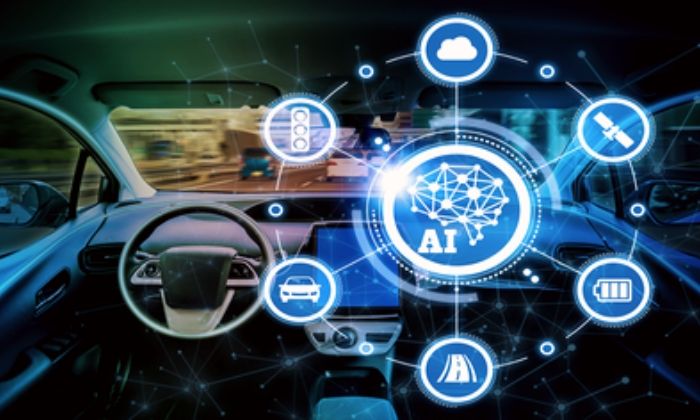 Artificial Intelligence in Automotive market is set to grow from its current market was valued at over USD 1 billion in 2019 to USD 12 billion by 2026, according to a new research report by Global Market Insights, Inc.

Growing demand for assistive technologies for an increase in driving comfort and safety will foster artificial intelligence in automotive market share in the forthcoming years. AI-powered vehicle systems are being heavily capitalized upon by the manufacturers as they have been launching new features in the vehicles that include lane assistance, adaptive cruise control and automated parking.

For instance, Toyota had announced the launch of driver assistance systems of level-4 to enable automatic valet parking in the cars that are going to be launched in the future. The technology has been built with Panasonic and has expensive sensors that offer affordable parking help solutions to all the Toyota customers.

These providers are primarily focused on long-term contracts and strategic collaborations with the other manufacturers to secure the artificial intelligence in the automotive market share. Technology providers like AMD, Intel and NVIDIA are constantly upgrading and introducing solutions as well as energy-efficient hardware enabling AI technologies that require low consumption of power.

Context-awareness systems essentially offer situational intelligence with the help of multi-sensory input as well as enable all the onboard computers to detect and classify on-road issues such as traffic, road infrastructure and pedestrians. The system has been extremely beneficial to the customers as it deploys useful navigation, enabling a safe driving mode even when distracted.

The context-awareness segment is predicted to experience more than 35% CAGR between 2019 and 2026 on account of the higher demand for semi-automated cruise control and driver assistance solutions.

Companies have been investing all sorts of innovative automotive technologies that also include context-awareness. For example, Intel had announced that it will invest USD 250 million into the autonomous driving technology in 2016. This particular investment was mainly for key technologies like deep learning, security, connectivity and deep learning.

Image/signal recognition technologies have the capability of recognizing the traffic signs as well as the speed limit indicators for lowering the vehicle speed sans any human intervention. Several government initiatives taken have been promoting traffic sign recognition that would ensure the adherence to speed limits, which will drive artificial intelligence in the automotive market forecast.

The European Commission in March 2019 had mandated all the vehicles, to be manufactured from 2022, to install a built-in image or a signal recognition system which would further reduce over-speeding and rash driving while also promoting on-road safety.

Image/signal recognition segment accounted for more than 65% of artificial intelligence in the automotive market share in 2019, owing to the increasing importance of vehicle speed control in order to reduce the on-road accidents.

Europe has several major market leaders like Audi, Daimler, Bentley, BMW and Mercedes who have played a major role in advancing the solutions within autonomous mobility. Automotive manufacturers have their main focus placed on AI technologies, particularly in the U.K. and Germany wherein they have considerably encouraged the adoption of AI.

Favourable government initiatives to promote the deployment of AI for smart traffic control has further enhanced the development of AI solutions for the automotive industry. The U.K. government invested over USD 75 million to improve mobility and develop AI solutions in 2017.

Europe artificial intelligence in automotive market size accounted for more than 35% in the year 2019 due to the increase in demand for autonomous technologies in the region.