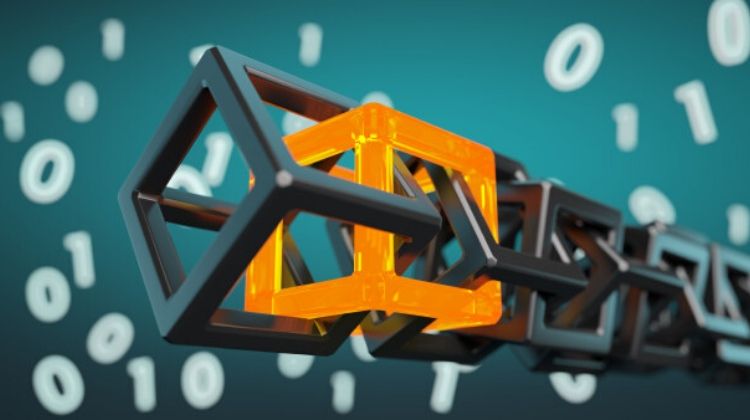 Data has now become a profitable resource that third-parties are all too eager to harvest- that is, at the expense of naive users unable to comprehend the importance of cybersecurity.

Taking into consideration the rampancy of breaches and hacks, with statistics painting a bleak picture of a world where hackers steal 75 records each second- the need for new and improved cybersecurity tools and techniques becomes blatantly obvious.

Having said that, employing the Blockchain technology in tandem with AI can significantly improve the cybersecurity market as a whole.

As we’ve discussed above, unlike Blockchain technology, AI already has an arsenal of applications in cybersecurity, from routine tasks such as monitoring network traffic to more complex tasks such as augmenting and auditing the entire cybersecurity infrastructure.

Blockchain technology, on the other hand, however, has a series of benefits to offer to an individual’s or an enterprise’s security, the most prevalent ones being the decentralization of data storage, and the better ways to combat breaches and hacks.

Some other benefits of employing blockchain technology to work in tandem with the AI-centric tools in use today include the following:

When it comes to securing the process of data storage, most enterprises fail to hit the cybersecurity mark and instead rely on cloud computing systems for the storage of sensitive data, which includes credit card details, social security numbers, etc.

Blockchain technology has an easy fix to the threat hackers pose to the data stored on these servers since it removes the notion of a single, ‘main’ server altogether. With the introduction of a decentralized system, the vulnerability gets eradicated altogether, since all sensitive information is stored in several blocks.

Combined with an AI software that continually analyses and assesses the network for any vulnerabilities, the blockchain technology makes it impossible for hackers to gain access to any information.

Multiple Trojans attack a single server and flood it with internet traffic, which ultimately causes the server to crash and giving cybercriminals the golden opportunity to steal valuable data and insights.

The combination of AI with the blockchain-based approach mentioned above allows for the existence of a platform that enables companies to analyze the threats facing them, along with the chance to respond to them immediately.

When it comes to authenticating users, the introduction of risk-based authentication, Face ID and behavioural analytical methods- the use of artificial intelligence and machine learning has advanced the way people interact with passwords.

However, much to our dismay, a lot of naive internet users still rely on passwords such as ‘123456’ and ‘iloveyou,’ which is where the joint powers of AI and blockchain technology come into play.

When we combine the current applications of AI with the Blockchain, enterprises can take user authorization to the next level, by introducing decentralized digital identities.

In addition to the advantages measured above, Blockchain technology and AI also work together to provide a series of benefits to enterprises keen on Cybersecurity.

Taking into consideration the dire threats posed by hackers and Cybercriminals today- technologies such as AI and Blockchain carve a path for a brighter and secure future!

Understanding the Benefits of Manufacturing in Mexico

How Apps Have Changed How We Buy Things and Is it Beneficial?