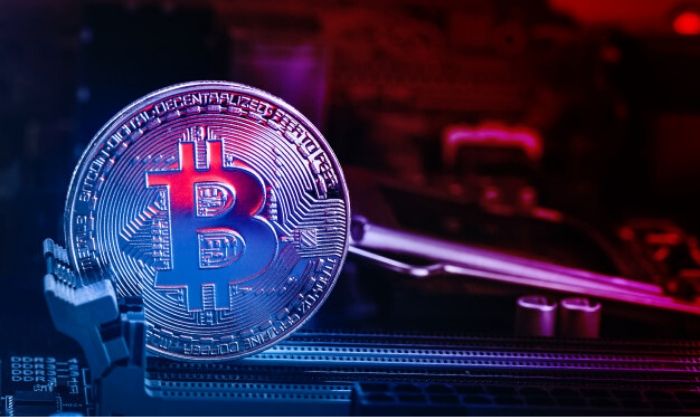 As a decentralized and democratic currency, crypto has a loyal following that has elements of being an underground group.

One element is particularly strong and that is the language that people that are fans of cryptocurrency generally use. One of the first steps for bitcoin for beginners to learn is how to understand what people are talking about.

After brushing up on the jargon, you are set to explore this fascinating world of cryptocurrency. The next steps should be learning about how to buy bitcoin and trade cryptocurrencies and also what the tax implications are if you make a profit.

For now, let’s explore a glossary that will unlock what crypto is all about.

This is just another way to say traditional, government-issued money. Dollars and pounds and other currencies that don’t have any intrinsic value unto themselves but parties agree on its value.

Since cryptocurrency is not issued by any government it doesn’t fall under this category. It is decentralized and the value comes from supply and demand. Most currencies have a fixed amount in circulation.

An Initial Coin Offering is similar to an IPO when a company goes public and stock can be traded. In the case of crypto, also called an altcoin, it is when the initial coins are up for trade. Usually, a set amount is available to be bought.

The money made from the ICO is usually used to grow the program that the coin is using on the blockchain. Basically, it serves as an investment for the research and development of what the issuer is trying to provide.

Fear, Uncertainty, and Doubt are all part and parcel of life on the blockchain. This is usually some propaganda spread by a dishonest actor. People who use FUD are trying to manipulate the coin to their advantage.

By using social media to spread fear about an imminent collapse of the value, for example, they can sell before the crash, or buy up coins on the cheap afterward.

This is the opposite of FUD. In this case, people are trying to hype a coin to help increase the value so they can sell before a crash.

Each currency has a total number of coins in circulation. The market cap is the total supply of tokens available multiplied by the current price.

The tokens available is always stable as there is a finite amount issued, but market cap fluctuates according to what the current value of each coin is.

Proof of Work is part of the algorithm used in the cryptocurrency itself. In the case of Ethereum, it is the protocol used for consensus in the recording of a transaction. It is part of what gives value to the blockchain used by a particular currency.

Hold on for Dear Life! That is often what it feels like when trading in cryptocurrency. It is tempting to dump coins at the first sign of a dip, but when you HODL, you are resisting the urge to dump and hold onto the altcoin trying to ride out any loss in value.