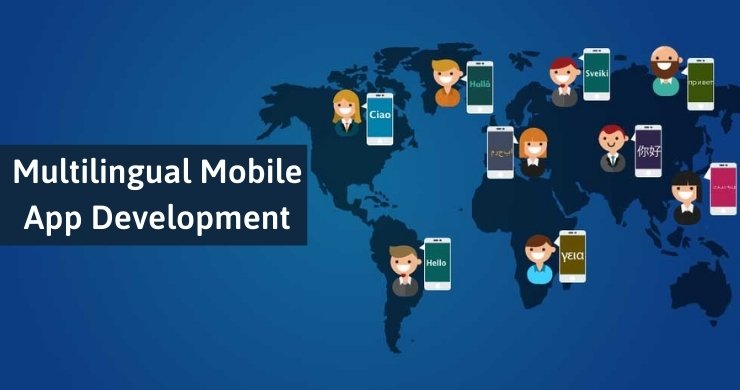 Mobile apps are everywhere, from traditional fields like commerce to the novel industries such as the Internet of Things. However, for a truly global reach, the application also has to be designed with a multilingual audience in mind.

And, believe it or not, there’s more to it than finding the right translators for the job. From planning ahead to making your users’ voices heard, here’s what can be done to create a multi-market product.

The Importance of Being Multilingual

One of the defining features of the mobile app market is its global reach. According to the latest data, the number of app downloads worldwide keeps growing across all regions, with non-English-speaking countries coming to the fore. Here are the main reasons why localization is crucial in creating a successful app:

As can be seen, skipping localization means letting go of a lucrative chunk of the market. With that in mind, here are some important things to consider when you set out to develop a multilingual application.

App development is a multifaceted process with several stages preceding the actual coding. This means that any change introduced midway will have a cascading effect, slowing everything down to a drag. So a logical way to avoid it is to factor in the localization as early as possible.

Better yet, you may want to consider laying some groundwork for multilingual functionality even if you don’t plan on having other languages – this way you’ll make the transition easier if you change your mind.

User experience is everything, especially for the growing audience of millennials. To appeal to this picky demographic, you need to offer a vibrant experience throughout the app, and localization plays a major role in it.

Even when the app looks great with the native language, the interface may crumble once the translations are added. Of course, accommodating for every single language is virtually impossible. Still, there are plenty of ways to minimize this effect:

You’ll also want tight coordination with the UX team to keep everything consistent while leaving space for variations that inevitably arise during the localization.

With machine learning gradually finding its place among the essential developer tools, cluttered and inconsistent code might soon become a thing of the past. Unfortunately, we are not yet there, so you’ll have to keep it clean on your own old way by:

Ignoring these general pieces of advice may complicate the translation process tremendously and minimize delays that may arise in the process.

This might be a challenge for large projects managed by several teams, so you might want to turn to top development companies to assist with code audit.

Sometimes the simplest way is not the best one. In the case of multilingual apps, the question boils down to how much text you need to translate to localize the product.

The simplest way would be to create strings files for the entire code. The problem with this approach is that you end up with more text to translate while not being able to track the state of localization.

Although somewhat elaborate, a much more practical approach is to create references throughout the code and use them for translations.

Of course, it requires more effort early in the course of development, yet it might save time down the line since you might need those references anyway.

Not only will it reduce the size of the strings file, but it will also put the development team in control of the localization process, creating a consistent experience across all versions and ending up with a truly successful app.

No matter how much you polish your app’s localization, mistakes and inconsistencies will inevitably pop up here and there. One way to keep these in check is by having QA in place.

The downside of this is that it adds complexity to the development cycle. In addition, the testing process varies from one platform to another.

For instance, iOS is notorious for the number of hoops it forces testers to jump through, so it’s a trade-off between quality and simplicity.

To augment the process, it makes sense to involve the user base. After all, it’s your audience who is at the receiving end of the localization efforts, so they will be the first to feel every rough edge. All you need is to make sure their voices are heard and requests responded.

Rolling out a multi-market product certainly takes a lot of time and effort. Fortunately, by taking the strategic perspective, planning carefully, and listening to users, it is possible to avoid most of the localization hurdles.

In fact, by integrating the localization process into the development cycle, you can create a better product and improve user experience in many ways beyond the mere translation fidelity.