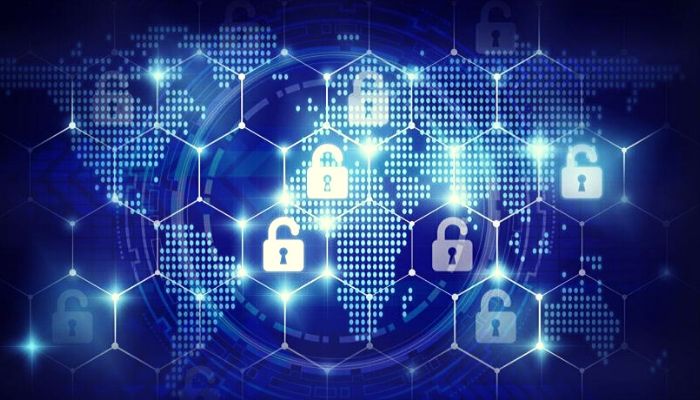 When it comes to running an enterprise in the modern age, the goals and requirements that a company focuses on have significantly changed, partly because of the transition from the physical to the digital realm that many businesses undergo.

As more and more companies follow the wave of digitization- data transcends in status, as is further made evident by the fact that data has surpassed oil in value. Taking into account how lucrative the mining of data is to cybercriminals, enterprises and individuals need to realize the dire need for improved data-protection measures, which in turn, enables businesses to guard their employees and customer’s sensitive information from the multitude of threats facing them.

Perhaps even more alarming is the fact that since a substantial number of people have access to an organization’s sensitive data- which often includes people that are an organization’s employees, trusted third-parties, and privileged users.

There is a massive chance that any of those “trusted” employees could exploit the system and leverage the confidential data for their own gains. Usually, however, the probability of an employee, or a trusted identity exploiting their access is much less significant compared to the probability of an employee making a mistake that lets cybercriminals gain access to the sensitive data.

Fortunately, however- not all hope is lost.  Although the picture that we’ve painted above points towards a bleak future for businesses, primarily because of the ever-increasing sophistication of data breaches, as is demonstrated by the fact that a whopping 4 billion records have been hijacked- utilizing a data-centric approach to cybersecurity ensures a certain level of security from these types of breaches.

While we’re on the topic of securing enterprises against these hacks and breaches, it should also be mentioned that an often-overlooked aspect of such breaches is the damage caused by insider threats.

Adhering to a proactive approach, rather than spending millions of dollars on “fixing” the physical and reputational damage wreaked by data breaches, is the ultimate solution that significantly reduces the resources required to diagnose and remediate the damage done to the database.

In order to aid readers in combating the threats posed to an organization’s data, we’ve compiled some ways through which companies can exercise a more rounded, and proactive approach to cybersecurity.

How Can an Organization’s Data Be Protected from the Ever-Evolving Threat Landscape?

As we’ve already mentioned above, the threat landscape of today is vastly different from what it used to be, even two weeks ago. Owing to the growing reliance that hackers have on modern technologies such as artificial intelligence and machine learning- the process of warding off these hacks and breaches is becoming increasingly tedious.

Fortunately, though, following the steps that we’ve mentioned below, not only enables businesses to improve their cybersecurity infrastructure, it also allows them the liberty of actually focusing on the business end of, well, running a business.

The first step, and arguably the most important step to resolving any sort of crisis, is to acknowledge that the crisis exists.

Although this step might seem redundant when you take into account the scope of the damage caused by data breaches, which usually amounts to some millions of dollars and causes 60% of small enterprises to shut down- the dire need for companies to take notice of the damage that external and insider threats pose is rather momentous.

Unfortunately, however, many companies fail to grasp the gravity of the situation, which has the devastating consequence of business being completely unprepared in the highly likely event of their organization being hacked.

Additionally, in their fatal naivety, security heads fail to allot a proper budget of securing an enterprise against the attacks on their data, which creates a huge gap between the potential costs that the remediation of these incidents costs, to the money that is being set aside for cybersecurity purposes.

2) Understand the Nature of the Threats Facing Your Organization:

As misguided as it may be, businesses usually allot a certain amount of money to their cybersecurity expenses, without truly realizing, or assessing the nature of the threats facing their organization.

Quite similar to preparing for a zombie apocalypse, without having any prior proof that such a phenomenon even exists- companies prepare for threats that other companies seem to be preparing for.

Taking into account, the potential damage that can be caused by both external and insider threats (which account for 60% of vulnerabilities in SMEs), the easiest way through which organizations can assess and build an accurate threat profile is by conducting extensive research, within multiple contexts, that is within the global security landscape, as well as the organization’s industry or sector in mind.

Furthermore, looking into a company’s history also provides highly valuable information in the discrepancies in the cybercrimes being committed, which allows companies to strengthen their defences based on the hacker’s weakness.

3) Try to Set Budgetary Goals for Your Cybersecurity Spending:

While we’re mentioning the importance of researching and building an effective threat profile, we also feel it our duty to urge our readers to set clear-cut cybersecurity expenditure goals, which in turn ensures that businesses allot the required amount of money to the different vulnerabilities that require remediation.

In addition, companies need to realize the importance of understanding how security cost centre functions and then taking the necessary steps to ensure that the cybersecurity budget has enough funding to protect against insider threats as well.

While formulating a cybersecurity budget, the security head needs to work in tandem with the security goals of the organization as a whole and ensure that the budget covers all the bases, which includes operations such as monitoring, surveillance, investigation, response and containment of both external and insider threats.

Furthermore, the allotted budget also needs to account for events that occur after the data breach has taken place so that the data can be restored easily. While setting a security expenditure budget, companies also need to take into consideration unexpected costs and set aside a certain amount of money for that.

Last, but certainly not least- an organization’s cybersecurity can only be as good as the tools they’ve employed. Investing in cybersecurity tools is like trading in the stock market where you’ll get the profit from what you’ve invested.

Some examples of such “catfishing” tools include PAM, or Privileged Access Management which promises to put an end to employees exploiting their access to sensitive data, but proved to be rather lacklustre and failed to provide security to the entire employee base.

Similarly, to PAM, there are several security teams that fail to hit the mark- the most notable example of which is the DLP (Data Loss Protection)- which provides hackers easy access into the network, since it fails to detect threats in real-time.

At the end of the article, we’d like to reinstate what we’ve said before. In modern times that we live in- data is a commodity. Whether it’s the place you ate lunch at or your favourite brand of cereal- there are multiple cybercriminals that leverage such information and make a profit by selling sensitive information to malicious agents.

As 2019 ends, the least that citizens can do is to ensure that they take the proper steps needed to combat hackers from stealing information from enterprises, by complying with the steps that we’ve mentioned above.

What makes Public WIFI Vulnerable to Attack? And how to stay safe?