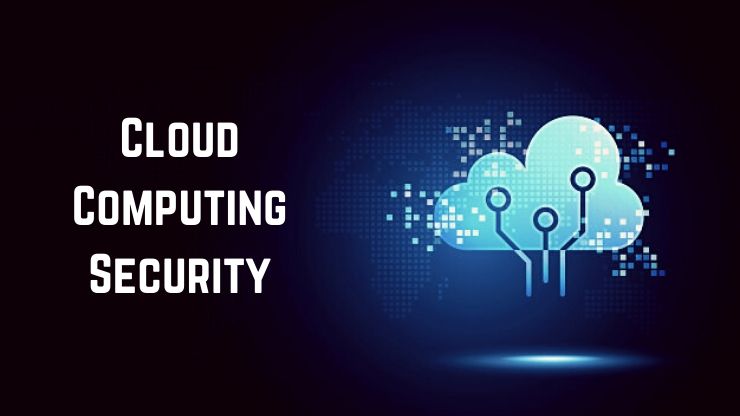 Cybercrime is a scourge on the 21st-century economy. In 2018, a CNBC report revealed that hackers currently cost the world economy over 600 billion USD annually. Put another way, 0.8% of global GDP was pillaged by digital pirates that year.

No business anywhere on this planet is immune to the effects of cybercrime. If you have servers exposed to the internet, you are at risk of having your data stolen by internet burglars.

At the same time, an increasing number of enterprises are taking advantage of cloud computing. This innovation has many undeniable benefits, but like any other server, The Cloud is vulnerable to hackers. By taking several common-sense steps, though, you can keep your internet servers safe.

If you’re serious about enhancing your cloud computing security, this post will introduce you to the basics. Let’s get started.

Determined hackers do occasionally break into secure servers. For this reason, always ask yourself, “Do I really need to move this file to the cloud?” Many files do contain some level of sensitive information. However, some data sets are more crucial than others.

Files containing trade secrets, customer lists, banking information, etc., are more valuable in the hands of a hacker than the latest meeting minutes. Whenever possible, avoid storing mission-critical files on universally-accessible cloud servers. When you can’t, ensure your cloud security protocols are on point.

We’ll delve deeper into this subject in the points below.

Executives and IT administrators should be the only ones with universal access. All others should only have access to folders relevant to their line of work. For instance, graphic designers should only be able to access their departmental folder, and those they collaborate with (e.g., marketing.)

Also Read: How Cloud-Based IT Solutions Can Make Your Organization More Secure

Even then, files that require collaboration should have designated editors. Those needed for reference purposes should be set to “read-only.” It’s true this approach can cause inadvertent lockouts. To overcome these issues, institute a company-wide chat client manned by help-desk employees.

Let’s say that you need to collaborate on a specific marketing document, but you don’t have edit permissions enabled. Your help-desk team can address complaints by contacting the relevant parties by text/phone to ensure security.

Lastly, setting permissions can limit the damage if an employee accidentally divulges their password to a hacker. Even if a digital burglar gets in, they won’t get their hands on anything critical. In other words, they won’t be able to drain your corporate bank account or steal your latest prototype.

Enforce the Creation of Secure Passwords

The average person cannot be trusted to create secure passwords. Now, your fellow team members do have a lot on their plate. Overwhelmed with work and personal matters, many opt to take the path of least resistance – by using their name, 1234, etc., as a password. But, even when they create what they believe to be a secure password, it often isn’t sufficient.

So, what can we do about this? Install/create a program that forces users to craft an ironclad password. Character length is the first attribute of an “unbreakable” password – it should contain no less than 15 characters. Characters should also be mixed up. Any password should include a mix of numbers, lower/upper-case letters, and symbols.

Lastly, avoid common substitutions, like @ for A, 3 for E, or 0 for O. The latest generation of brute-force hacking programs can get around this tactic quickly. This way, you’ll have passwords that will repel all but a small minority of cybercriminals.

Also Read: Cloud Migration: 5 Tips on How to Do It

Sadly, bleeding-edge hacking techniques are now defeating passwords that are seemingly “secure.” To further protect your cloud server, be sure to institute multi-factor authentication. This extra layer of security compels the user to not just enter their username/password, but also a unique code.

This code, when requested, is sent via SMS. The end-user gets it on their phone and enters the code, which gives them access to the system. Other forms of MFA include hard tokens, fingerprint scanners, retinal scans, and facial recognition.

Use A Cloud Service That Provides Encryption

Despite your best efforts, you might get targeted by a gifted hacker. So, how do you protect against these guys? Some cloud servers offer the ability to encrypt specific files.

If a hacker does get inside, they would need to crack a specific file’s password to access it. Otherwise, any hacker stealing encrypted data would only be getting unintelligible gibberish.

Back Up Your Server Regularly

This rule is a staple of server management, but it’s worth repeating. Cloud servers are just like physical servers – there’s always a chance they’ll fail. In a world where most businesses are hopelessly reliant on their data, losing all of it can spell doom.

However, you’re more likely to be separated from your data by a ransomware attack. When these characters demand payment for your data’s safe return, those with recent backups can laugh in their face. By having the ability to restore everything with a few clicks, you take away the threat these hackers pose.

Basic Cloud Security Will Protect You from Most Hackers

The internet is still a risky place. In cyberspace, criminals operate with impunity that would never fly in the “real world.” However, by taking common-sense precautions, you can reap the rewards of cloud computing while minimizing the risks that hackers pose.

Also Read: Everything You Should Know About Cloud Hosting Security