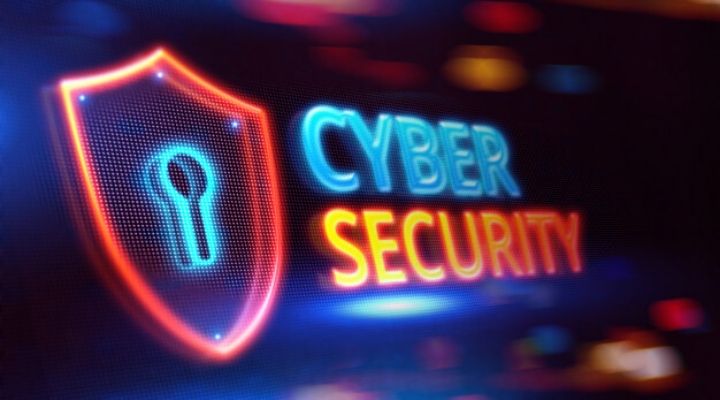 In the world where the risk of threats is increasing, it is almost impossible for organizations to prevent hacking. Hackers have many routes to get inside the business. Sometimes it is coupled with malware and other times with social engineering tactics making it altogether difficult to avoid hacking.

In this age, data is an incredible and the most valuable asset. Data on aspects of modern life can be seized, stored, and processed online. Artificial Intelligence and machine learning techniques have enabled business firms not just to use the data to learn customers’ habits and predict future growth but also reduce the cyber-threats.

Like for instance, the machine-learning algorithm is used to analyze and detect a flaw in the system. Moreover, these algorithms can also be used to create profiles of recurring hackers as it helps in inspecting data.

According to IBM Security and Ponemon report for 2019, in the previous five years, the average cost of a data breach has mounted by 12%. It means that it’s a whopping $3.92 million globally. Also, Cybint found that nearly 60% of organizations have experienced cyber-attacks like DDoS attacks, phishing, and other social engineering attacks.

Because of all these reasons, it has become vital for businesses, enterprises, and individuals to put security as their utmost priority to reduce cybersecurity risks and secure all business-critical or other sensitive data.

Juniper Research also reported, small businesses entirely make up to 13% of the entire cybercrime market, and surprisingly, they invest less than $500 in cybersecurity. Here it is essential to understand the difference between the types of attacks which is often made on the business.

Have you ever thought why a small business with almost no online presence gets compromised? It is because chances are high; they had just the right combination of issues that an automated attack was looking to attack. Such events can become potentially harmful to small and medium-sized businesses.

On the other hand, targeted attacks have a different story. Such attacks are usually low, slow, and persistent, mainly targeting an organization’s technical defenses along with employees, partners, and supply chain. These attacks might use some of the same exploitable conditions that opportunistic attacks use; still, they tend to be less automated to prevent possible detection for a long time.

Moreover, they may also involve frequent use of previously unknown exploit vectors and zero-days, although it doesn’t matter which of these attacks resulted in a breach. However, it is vital to think about both of them while making strategies to reduce cybersecurity risks.

Data breaches and security exploitations are regularly reported in the media. However, the victims vary from small startup businesses to globally renowned organizations. For all organizations that suffer a data breach, various possible consequences range from reputational and financial loss to legal penalties, subject on the type of data compromised and exploited.

But what can we do in this regard to reduce the risks of a data breach? There are some simple rules and practices when followed, can allow the individuals and organizations entrusted with sensitive information and data to be in the best possible position to avoid exposure to cybersecurity risks as much as possible.

Here are six technical controls to mitigate cybersecurity risks. Let’s discuss them one by one.

Email is the most prominent entry point malware into the enterprise. Hackers often use a phishing technique to target the victim. Also, it is found that 48% of all malicious emails are work files. Therefore, it should be a thing where organizations should pay more focus. It is vital to take the time to be informed in this regard and understand what threats the email controls are preventing and what are the remaining exposures so that a layered control model can be incorporated within the organization.

The most hacker-resistant environment is the one that is best administered. Organizations often have a short-cutting system and network administration activities though they often lack proper education and training. Such practice also leads to forced prioritization and choice about what tasks need to get sooner, later, or not at all.

It has created a constant and vast standard of low-to-medium risk issues within the environment that can contribute to a breach event. The lack of complete asset inventory both in hardware and software helps to prevent this risk as applications and devices, become unmanageable.

Remaining on the top of patching application updates, end of support platform migrations, user administration and configuration management is although tedious, time-consuming, and generally underappreciated; however, this activity more than any other single task will mitigate the risks of cyber events in an organization and ultimately reduces the chances of opportunistic attacks.

Hackers ultimately know that someone is bound to click on a link and infect themselves eventually, under the right conditions, or with the right tactics. Another most common malware infection vector is by malicious web content, coincidentally also an end-user-action.

As a consequence, it makes sense to have a thorough suite of controls on the endpoints and servers in the environment to pinpoint and shutdowns malware, viruses, as well as other potentially unwanted programs.

Do make sure that all the endpoints are under the management and kept current as it will help in preventing malware infections that can persist within environments where there are consistently applied controls.

Only because hackers or malware makes its way into your organization environment, it doesn’t mean it should be able to spread to some adjacent network nodes or obtain mission-critical and regulated data. Restricting the ability to communicate both across and outside the network through a combination of controls like firewalls policies.

Requiring the use of proxy servers is a frequently-overlooked opportunity for organizations. To boost their security, limit the effect of an incident, as it helps to stop a network incident from becoming an event of a data breach.

It is already have become the fact that prevention-centric strategies have often failed and should be paired with detective controls to reduce the time of detection and remediation. Organizations should ensure that they have a well-tuned SOAR/SOAP/SIEM infrastructure as part of their security architecture.

It is gaining logs that cover the internal network and applications through the perimeter. It also includes tuning of endpoint, application, and network device logs to allow early detection and response-ability within their surroundings.

Majority breaches resulted due to the use of cracked, interrupted, or other disclosed authentication credentials. To avoid such a situation, start using robust MFA methods by default whenever possible. These methods will be combined with the ability to identify and alert on failed login attempts, which can provide a hint to users that may be the focus of targeted attacks.

As several implementations of multi-factor authentication involve mobile phones for calls or messages, this dose requires that users must take steps to secure their cell phones, especially in an organizational environment. Ensure that the devices are fully patched, running trusted applications from reputable app stores, and protected by a pin or some other security access control.

Furthermore, use app-based authentication methods when needed as opposed to SMS-based or phone call techniques to further protect from number ports out schemes. All these steps reduce the possible violation of business email and retain the validation security of business social media platforms.

Cybersecurity has always been something serious among the defenders and attackers. Organizations that consistently and steadily execute valid and data-driven tactics on time are found in reducing the cybersecurity risks and are most likely to succeed.

VikasVarma is the Tech writer for TechMediaToday. He writes about Technology, Softwares and Alternatives. His articles were published in some of the major publications. PubG is always his Favorite game

What Do Executives Need to Know About Cyber Threats?