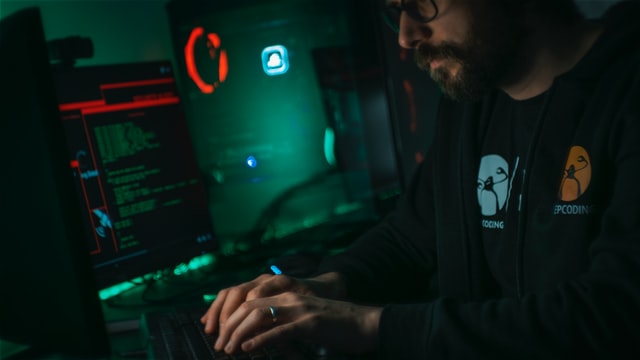 There’s no doubt that cybercrime has become an increasingly pressing threat in the digital age, as more businesses transition online and the methods used to attack e-commerce sites become increasingly sophisticated.

This is borne out by the statistics, which suggest that the number of UK businesses reporting cyber-attacks nearly doubled between 2015 and 2019. More specifically, 25% of UK firms (1.5 million) reported falling victim to cybercrime in 2019, with this having increased from just 13% in 2015.

In this post, we’ll discuss the growing risks associated with cybercrime in the UK and what steps businesses can take to protect themselves in the digital age.

Appraising the Risks and Impacts of Cyber Crime in 2021

According to Security Magazine, UK firms have lost more than £6.2 million to cyber scams during the past year alone, as the trend for cybercrime and hacking on these shores becomes increasingly prominent.

This represented a 31% increase in cases during the pandemic, driven mainly because the number of online transactions and customers increased exponentially as national lockdowns impacted offline retail.

According to police data, which has been independently analyzed by cybersecurity company Nexor, up to 3,445 UK businesses fell victim to cyber scams in the year ending September 2020, with a growing number of companies vulnerable to the machinations of hackers and cyber thieves.

Phishing and malware attacks were the most common types of cybercrime carried out last year, with large corporations most targeted by operators.

In total, phishing and malware attacks on large corporations were 38% and 31% successful, respectively, while the corresponding numbers for smaller firms were just 29% and 20%.

How Can You Protect Your Business?

Of course, there are simple and proactive steps that you can take to safeguard your business from cyber-attacks, such as taking out cyber liability insurance against malicious attacks and data breaches.

But what else can you do as a business owner? Here are some initial ideas to keep in mind!

While cybercrime is effectively a technology issue, it can also be prevented simply by creating an awareness of the threat amongst employees and equipping staff members as custodians of your customer’s most sensitive data. This creates an additional layer of protection and enables employees to identify potential breaches before they occur.

If your business handles particularly large swathes of data, you may also want to create a consistent and viable risk management process. This must be regularly reviewed and updated, of course, but this can help to minimize the impact of cyber breaches and even prevent them from occurring in the process.

As we’ve already touched on with the prevalence of phishing scams, your company emails remain the single easiest target for hackers. So, be sure to treat emails with care while utilizing spam folders to identify messages that may be malicious. You can also use an email security solution to check emails for specific content types while teaching employees precisely what to look out for.