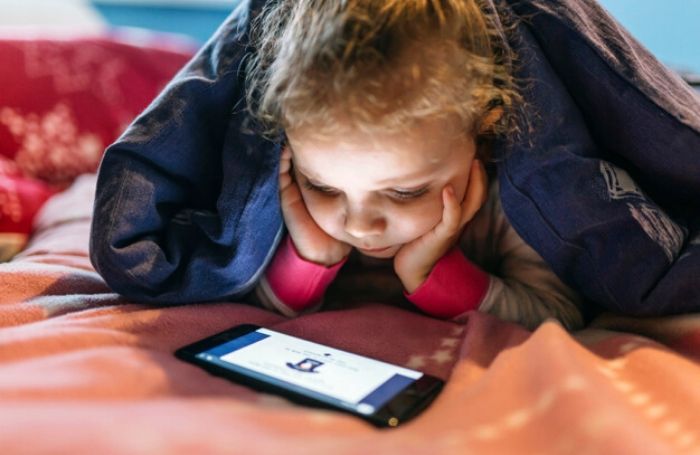 The latest reports from the Pew Research Center indicate that teens will often spend, on average, nine hours online every day. The timeframe grows exponentially from when they are first introduced to screens and it reaches these critical numbers in adolescents aged 13 to 17.

From around one hour, for those aged 0 to eight, the time spent online extends to about six hours for children aged eight to twelve. During the peak of their adolescence, teens will become almost inseparable from their screens – be them laptops, tablets, phones, or computers.

The Problematics of Definition

Whether you call it Internet addiction, phone addiction, or technology addiction, it seems to refer to the same basic equation: children stuck to screens. Yet their compulsion is not as easy to define, as there are strong debates within the community of psychologists over the differences between addiction and disorder.

Our society has evolved in such a manner that it is a must for children to learn how to interact with others online. Most of them are actually engaging in age-appropriate activities, such as listening to music, watching TV or movies, shopping, doing schoolwork, and talking with others.

The difference is that these pursuits were offline for the previous generations, so many parents might be misled into thinking their teens are unhealthily engaged. However, there are many parental control apps to Secure kids.

Two things are certain, however. The first is that appropriate boundaries for adolescent screen time have become necessary, especially since excessive time spent online might actually mask an underlying disorder. The second is that children are often unaware of the risks they expose themselves to when browsing the web.

As such, it is necessary for parents to understand how they can protect their child when navigating the web, as well as pass this knowledge onto them. There are numerous sites that offer cybersecurity tips for parents, so finding one should not be a challenge.

You Should Keep An Eye Out For Masked Disorders

Teens are very prone to unhealthy behaviour, particularly when there are perceived rewards to be earned, and even more so when they are dealing with other, masked issues that they might find overwhelming.

For example, a depressed adolescent who is suffering from social anxiety is likely to find solace in a group of companions within a particular game or online community. The sense of acceptance and belonging that cannot be obtained in real-life is supplemented from comparable activities online.

Secondly, while many psychologists advise against jumping to the notion of addiction, problematic use of gadgets can definitely take place. Because developers of video games and social media constantly enhance the ways in which they keep us engaged, it is easy for an adolescent whose personality and brain pathways are not yet fully developed to become a captive to the intense use of technology.

Excessive gaming or time spent on social networks has been associated with negative mental health outcomes, such as depression, anxiety, lack of physical activity (which can lead to obesity), sleep disorders, substance use, and decreased cognitive ability due to multitasking.

As you may have already surmised, the issue is finding out whether time spent online is the problem itself, the consequence of a deeper disorder, or a combination of both. Doing so can be tricky and requires constant communication.

Children may lash back at parents who express such concerns, let alone at caretakers who pitch the idea of limiting screen time, but this reaction should not be taken at face value. After acknowledging the emotions of a child, it is crucial to show that you’re acting out of concern for them and that you’re not trying to criticize or make them feel guilty.

Together, you can ultimately decide to first find out just how much time they spend online through careful monitoring. The next step is to mutually establish an amount of screen time that is close to moderate use, as well as a routine that would help them prevent negative effects on other aspects of their lives.

Some children may be in denial of their habits or outright lying in order to protect their lifestyle. Again, this should not be taken personally, but rather as an effect of a more complex issue they are dealing with.

In these situations, it is necessary to take control of their devices and impose the limits yourself. Do not force them to completely quit and do not take their gadgets away as a form of punishment, as this will likely lead to more trouble. You should only step in to control them until they can exercise self-control.

This is both your and their goal, and it should always be transparent that you are acting towards it. Ultimately, by keeping your calm, weathering the storm of adolescent emotions, and making it clear that you are acting both towards their cybersecurity, as well as their overall well-being, you’ll win them as allies in the battle for a healthy lifestyle.

The best part about the Internet is that you can enlist the help of specialists and other cases to make your point. Together, find and examine case studies that deal with children and excessive screen time. Hopefully, if there are no barriers to communication, you’ll be able to find out what it is that they seek online, and figure out a way for them to find it without harming themselves.