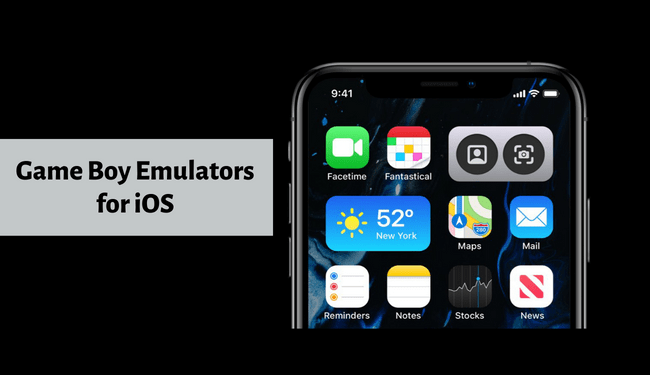 Technology has evolved at an unbelievable rate and nowadays you can play games with extraordinary graphics and addicting storylines on a device that can fit in the palm of your hand.

These modern games have created a huge market for themselves and almost everyone is hooked on them. However, this wasn’t always the case. It wasn’t too long ago that the Nintendo Game Boy, a handheld gaming console, was the trend.

It made gaming accessible and the classic games that it brought along with it, were instant hits. Even though Game Boys are not around anymore, if you are one of the people who still enjoy playing these retro games, then Game Boy Emulators are the solution for you. It is software that will let you play certain software on platforms that do not support it.

GBA4iOS can be used to play nearly any and every game that was there to be played on the original Game Boy. This software is very well optimized for iOS and therefore you are going to face almost no issues while playing your favorite games.

A very notable feature that this software has is that it is integrated with DropBox, thus you can carry your data over to any device and start where you left off.

The emulator is free to use, but you can support the developer by installing it through BuildStore and paying $19.99/month

This makes Happy Chick probably the most powerful emulator that you can get for iOS. Happy Chick also has an ever-growing catalogue of retro games that start from Street Fighter 97 to Super Mario.

Monster Hunter, Pokemon, and various other games are also there in the library. You will most definitely find your favorite game in the huge library that Happy Chick offers.

The best part about this emulator is that you don’t need to jailbreak your device to play these retro games. Happy Chick also supports PSP and arcade games and it also supports multiplayer gameplay.

Happy Chick has a very simple setup procedure, and don’t need to jailbreak your device. It also has cloud synchronization and thus you can save your progress across multiple devices. It is free to use

Delta Emulator is yet another Game Boy emulator created by Riley Testut. Yes, the developer behind GBA4iOS has come up with a highly efficient Game Boy emulator which can deliver high-speed emulation of more than 10 systems. Thus, it is considered to be an all-in-one solution.

Delta Emulator comes with a very interactive and easy-to-use user interface, and it also has multiplayer and controller support.

It also supports cheat codes and is synchronized with cloud services. You can back up your progress and play on multiple devices.

The Provenance emulator is one of the most versatile emulators for iOS. This is because it not only emulates the Game Boy but also supports almost all kinds of retro console-based games. It has a very intuitive layout and a very attractive user interface which is snappy and easy to navigate.

The Setup is really easy and with the Provenance emulator, you can save and load any kind of game without facing any kind of lag. You also have the option to customize the onscreen controller according to your wish.

A feature that makes the Provenance Emulator stand out is that you can directly download the ROM of a game and then import them into the emulator. All-in-all it is a very efficient Game Boy Emulator for iOs

RetroArch Emulator is one of the more simple entries on this list. It does not come with as many features as the other entries bring with them. But it does what it is supposed to do, and therefore it is one of the most reliable emulators in the market.

It has multiplayer and controller support and it also has multiple platform support. Therefore, it has an immense collection of retro games, you are surely going to find your favorite titles in the massive library that this emulator offers.

The developer keeps adding new games regularly so expect the library to grow even more in the future.

With this emulator, you can also remap game controls according to your wishes. You can also use cheats and save the game state. The User Interface might look a bit old-fashioned but that is what the developer wanted the emulator to be like, basic and retro.

Eclipse is another Game Boy Emulator that comes with all the basic features that let you play classic games on a modern smartphone.

However, the only difference it has from the other emulators is that Eclipse is completely web-based. This means that it is lightweight and uses up no space on the user’s phone.

It is a multi-emulator that lets you play games from multiple consoles such as GB, GBC, GBA, NES, GG, SNES systems, etc. And you can also add these games in a variety of ways.

It can range from just adding a ROM or using the built-in game hub to import the ROM from a repo, Google Drive, or even a URL. This emulator is also pretty reliable and efficient. You can also customize the User Interface using various skins.

This is one of the newest and most prominent apps there is on this list. This is because it has great functionality and performance.

It was free for use earlier but now has a $5 price tag. Overall it is a pretty basic Game Boy Emulator that gets all the basics checked.

We hope you found the list useful, if you could choose your game boy emulator from the list, share this with your friends before jumping on a game with them. Have a nice day.