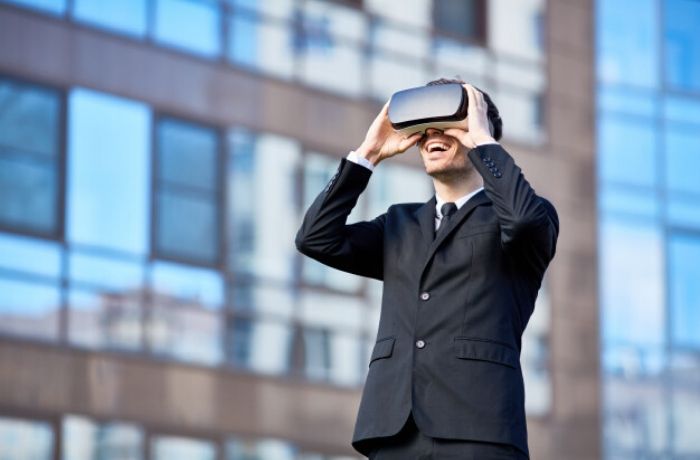 Virtual reality is a topic of interest in many, many different companies and business sectors. With different usages and billions of dollars being invested in the matter, it’s no secret why Virtual Reality is being approached by developers and investors worldwide, even within business sectors which aren’t, normally, “tech-savvy”. With such premises, let’s analyse why 2019 will be remembered as the Virtual Reality year.

Why Is VR So Big?

Ok, in order to properly evaluate the power of Virtual Reality, we must walk through a simple market analysis which will let us understand why Virtual Reality has reached the pinnacle of its value this year. Virtual Reality is a relatively complex piece of technology but, when properly applied to visual-oriented business sectors, it could help the user experience massively.

Imagine being able to view a property by using Virtual Reality software. This could help both the business side of the process and the potential buyer could view the property anytime, anywhere. This is just a small example, but companies with a strong technological branch using Virtual reality in the real estate sector have stated how this has increased their revenues massively.

Virtual Reality has been used in companies which were selling mezzanine financing, videogames (of course), events and more. Why? Because, as said above, being able to visually enter a place, a property or a game anytime and anywhere without having to rely on a person which will explain to you how and when certain features operate, is massive.

Of course, this isn’t an industry-standard piece of technology, given how VR pieces of software are used by startups and small, tech-savvy (but future-oriented)  companies. In the nearest future, we can safely expect dedicated sections on a website saying “take a VR tour”, instead of simple images or galleries.

From A Business Perspective

When it comes to analysing how impactful a piece of technology has been within a single year, outlining how investors have been operating in that very sector is mandatory. Following Techcrunch’s recent reports, it has been noticed how VR-related development has grown by over 20% compared to 2018, surpassing (in certain business sectors) even Machine Learning and AI.

A big example? TESLA’s autopilot, which, by operating around SLAM (Simultaneous Localization And Mapping, an advanced combination of AI and VR) has increased the market awareness of VR as a whole, especially within the automotive sector. From a business perspective, we can safely say that VR has reached the billion dollars value in 2019 and it’s very likely to grow even further in 2020.

2019 has been pointed out by many as “the transition year”, with many, many pieces of technology being implemented in as many businesses worldwide. From fintech to data science, VR has also raised its tone, evolving itself from a purely gaming-related matter to something which is very likely (as said above) to take over other graphics-related features in the nearest future.

Paul Matthews is a Manchester-based business and tech writer who writes in order to better inform business owners on how to run a successful business. You can usually find him at the local library or browsing Forbes' latest pieces.